May 22, 2011
Thing One turned four this month (hence the posting at the end of the month as I was busy doing other things!).  At our weekly sewing classes I saw some fairy-princess-ballerina fabric a while ago and steeled myself against buying it.  Then I found a quick and easy peasant dress tutorial (http://childrensfashionworkshop.squarespace.com/projects/2009/2/9/peasant-dress.html) and decided I should make her a flouncy wonderful nightie for her birthday.

The pattern was super easy but as they note in the pattern, it's one where it's better to be able to try it on, particularly around the neckline.  I couldn't do this without ruining the surprise so the neck was way too big.  Here it is when finished: 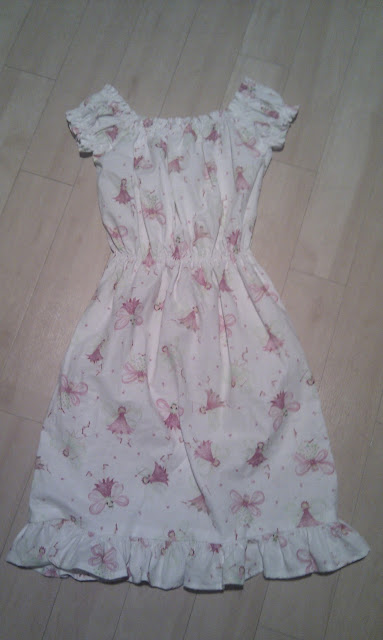 Once she tried it on, I just grabbed the neckline and made a bit of a fold, then sewed that fold in place (I figured it was only for bed).  In the end the grab and sew method looked kind of cool and I wished I had done two little folds which met in the middle which would have formed a sort of pleat.  But...it's only for bed and she couldn't care less, as you can see :) 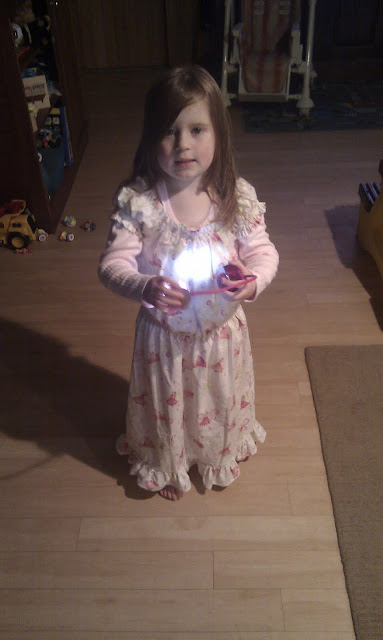 I got a cheapish long sleeved thermal vest from Target to go under (it's Autumn here) and presented them as an outfit so she couldn't complain - otherwise she would have wanted to wear only the nightie.  On the whole I am pretty pleased with it and might make some more shirred stuff soon as it looks cute and was pretty easy (not even any of the reportedly required tension-fiddling on my machine).  My only annoyance is that Spotlight sell 10m of shirring elastic at a time and I needed more than that for some practice and for this dress, which isn't really a heavily shirred thing.

Finally, a non-sewing birthday item which I also made: 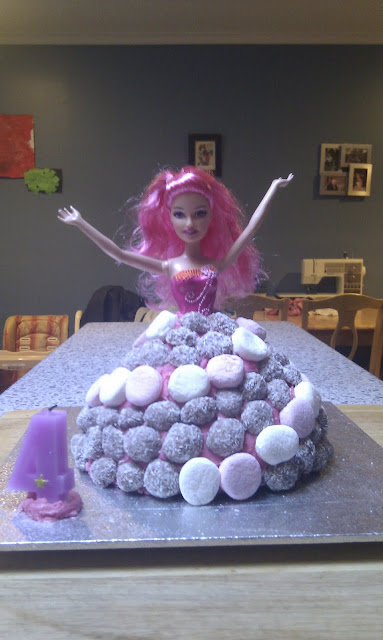 Only because I am so proud of not mucking this up!   First Dolly Varden cake is a success :)

All up I think she had a lovely birthday and it was so nice to be able to make her special things because she loved them.  Happy Days!