Let's Hear It For The Girls! Renfrew Top Muslin

September 19, 2012
So in my last post, I successfully tackled my very first FBA.

Here it is again in case you missed and needed to marvel in its glory again:


I cut the largest size (16) based on my high bust measurement, but also traced the lines of the size 14 as around the hips and waist they matched better.

But what did the thing I made with it look like? I hear you cry:


As you can see, I didn't finish this top off completely (check out the left sleeve compared to the right...).  There were two reasons for this - most importantly, it is a muslin and I don't totally love the shininess of the fabric.  The second reason will become clear later.

When I first tried it on I was quite happy with the fit (I would buy a top from a shop that fitted me like this) but on closer examination, I became less happy.  Here it is from the side: 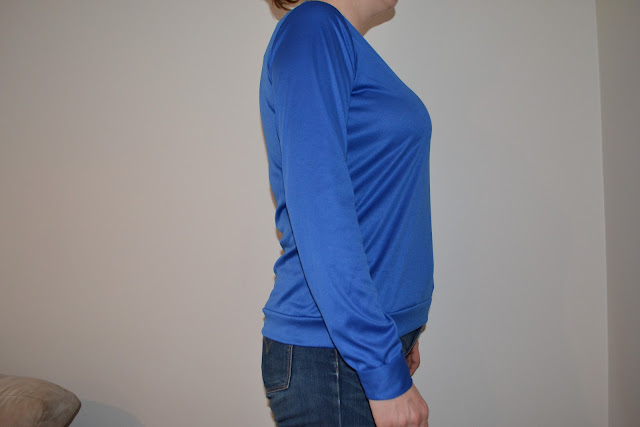 There is definitely too much pulling from underneath the bust all the way under the arm and down to the small of the back.  It also sits a bit higher at the front than the back, which makes me suspect the FBA might not have been full enough.

On lifting up the arm, it is seriously evident that the armscye is rather too small.  It could be part of the fit of the top but I think it's more likely to be to do with the FBA and to be something I should aim to rectify. 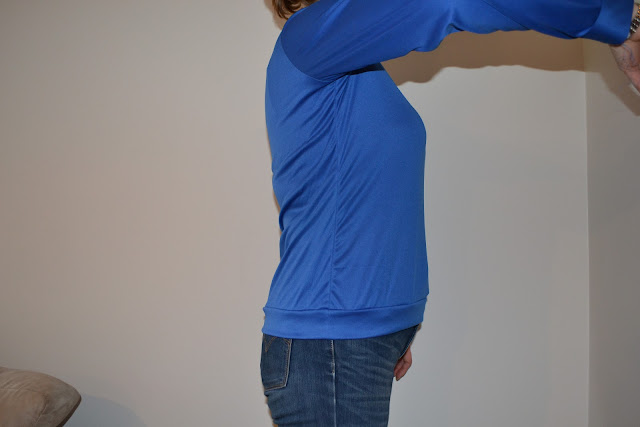 I also think I need more room through the back, though from this picture it doesn't look as much like that as it feels.  In fact this picture shows some odd baggyness in the lower back which I wasn't really aware of until I looked this picture. 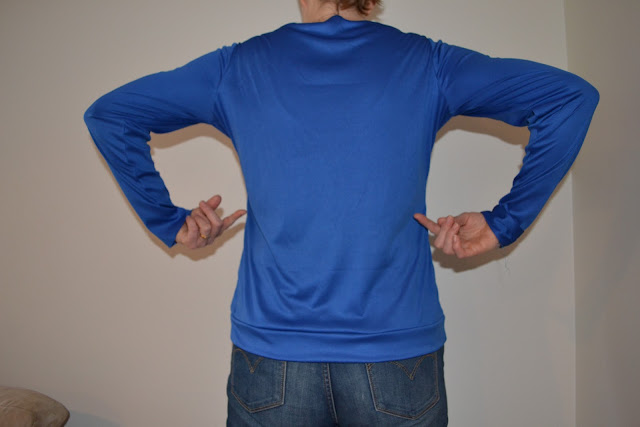 You can definitely see the pulling around the arms in the shot above (and while the smallness through the back isn't evident it's definitely noticeable by feel).  The arm pulling thing can be seen a bit again below too: 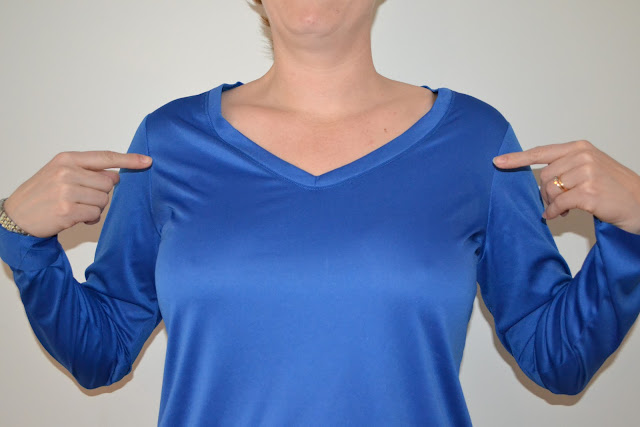 And again with the small armholes. 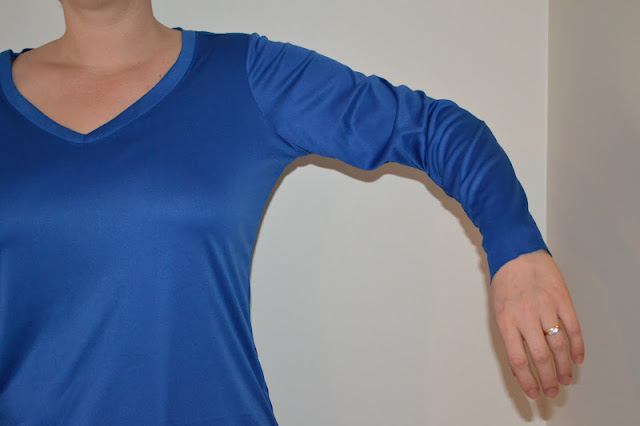 I like the pattern, it's easy to follow.  I like the cuffs, waistband and way of doing the neckline.  When I get it right I will probably make several of these a year with variations.
I need to add some ease to the back, lower the armscye and also make the armscye a bit bigger.  I also need to gather in the ease in the sleeves (if there is any after the armscye gets bigger) when setting them in.  I didn't do that and some of the pulling is inexpert / lazy sleeve sewing (trust me...).

Finally (and the other reason this is only going to be a muslin):  I need to not accidentally snip holes in the fabric of the top when trying to trim the inside of the neckline attachment in not one, but TWO different places. 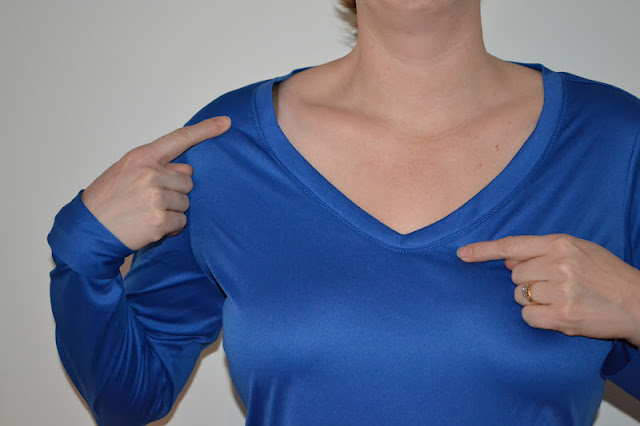 Not as super obvious in the pictures, particularly due to world's shiniest fabric, but rather obvious in real life... 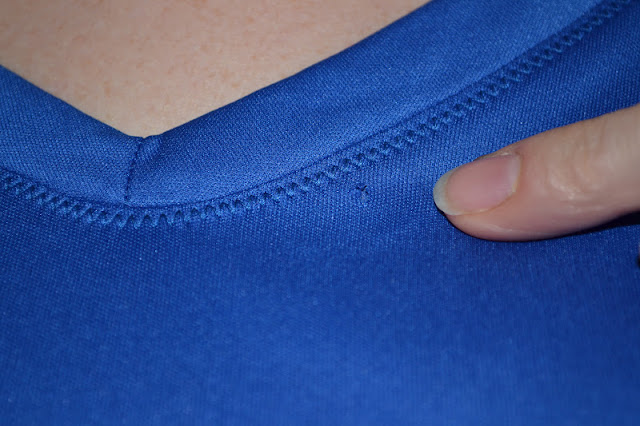 Overall not a bad first FBA experience and a good demonstration of a reason to muslin.  I would have been more than a little disappointed if I had gone to the effort of making a muslin and found no fitting adjustments to make :)

Next version will be short sleeves / no sleeves and black (coming into spring here but black always works!).