November 16, 2012
Sewing along with Amanda from Ellieboo again.

I have to say - I love this pattern!  It was pretty easy to follow and really easy to sew. 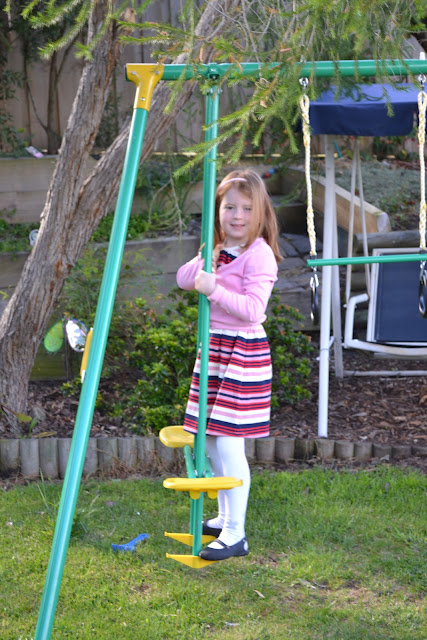 Looks good with a cardigan and is comfy and resilient enough for all sorts of play: 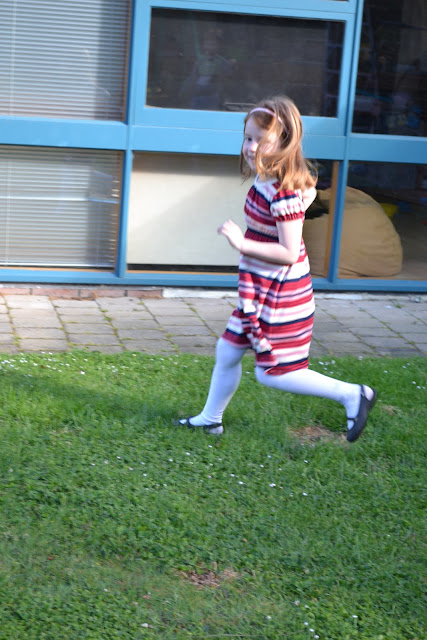 The most fiddly bit was sewing the pleats at the front and that was mostly my fault as I couldn't be bothered to change my foot, which would have helped heaps. 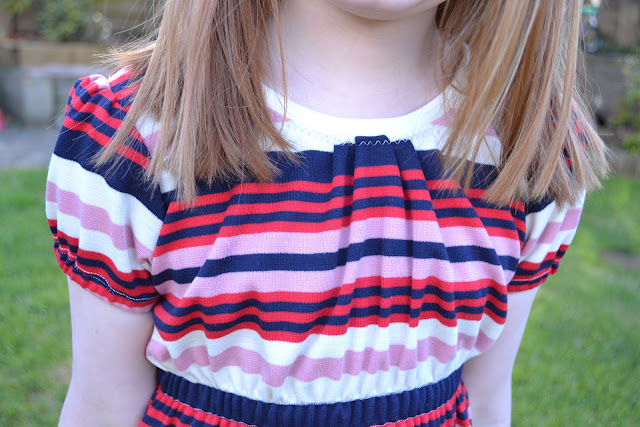 I used a zig zag stitch to hold the ribbing seam down. I would like to think of a different way to do this but think it looks fine this way too.  I think LLaydybird has a different way of sewing the Renfrew top neckline which is similar in construction, so I will revisit that before next time and see if that's applicable. 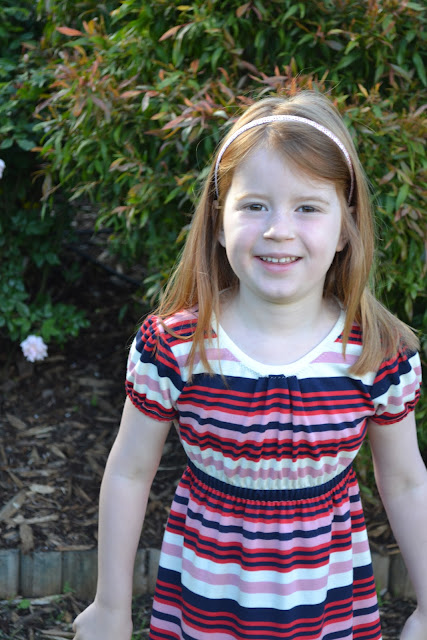 I am still so impressed that I found matching ribbing in my local Spotlight which is usually so terrible it beggars belief...The only thing I would change on this pattern is the arm construction.  I would usually have made a seam first, then sewn the elastic into the casing.  The way this pattern does it, you sew the elastic into the sleeve casing and then sew the underarm seam.  This makes it a little more bulky (as you have to seam the elastic).  The way I would do it is more fiddly and more difficult but probably makes the end result less bulky at the arm cuff point - which might be important if your kid is fussy about things being smooth and comfy.  To be fair, mine hasn't mentioned this at all, so it's an extra step you could take or leave I think. 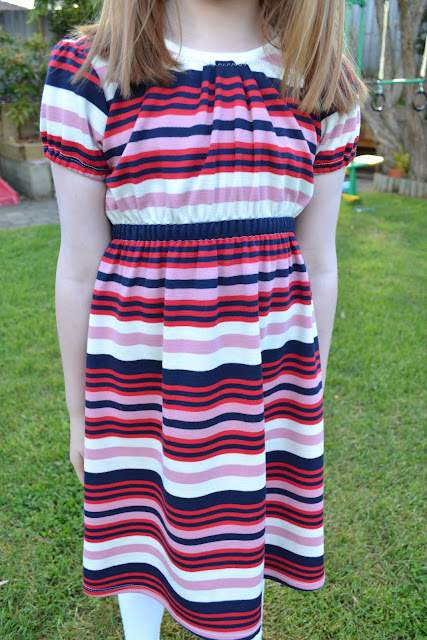 I used shirring on the waist (as per one of the instruction options).  I was doing to do 3 or even 4 lines for a more defined waist but it looked so good on either side of the blue stripe I left it at that.

Madam is pleased - apparently this is her doing a princess curtsey.  She gets her grace and elegance from me :) 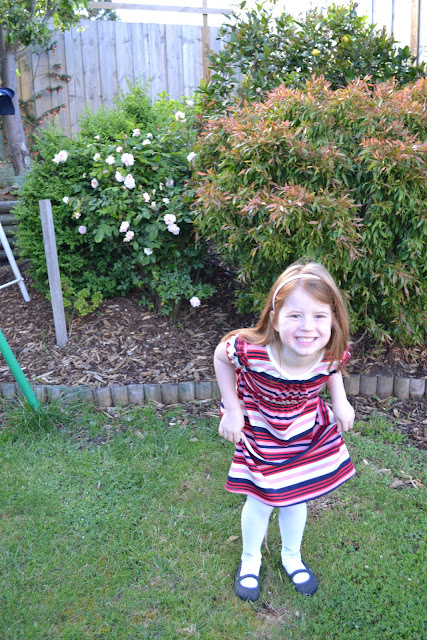