November 04, 2012
I cut these out during blogtoberfest (in fact during KCWC) but didn't quite finish them until the other day: 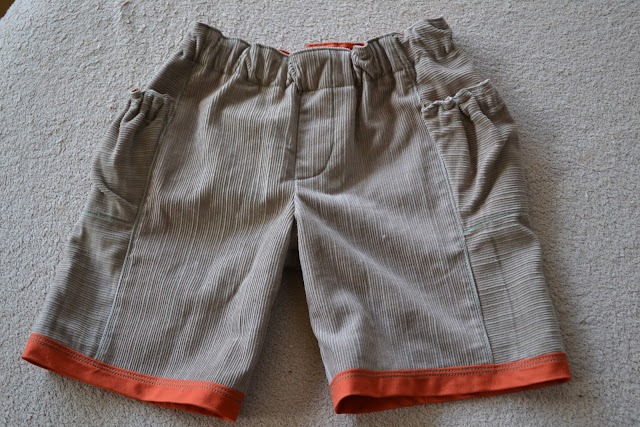 To be honest I wasn't wholly sure about the Treasure Pocket Pants from Sewing for Boys.  I don't like the fabric they were made from in the book (I don't know specifically why) and perhaps that coloured me a bit. 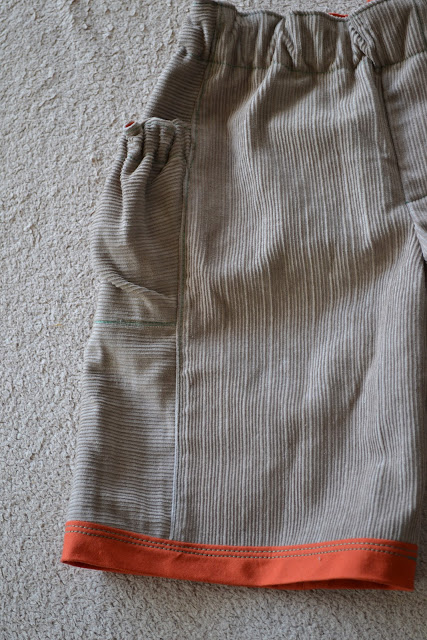 Instead of a contrasting fabric for the side panel I went for alternating the direction of the corduroy.  Then I added some bias trim leftover from a quilt for the hems, pocket inserts and waistband facing.

I used trousers which no longer fit me for this pattern, as well as the leftover quilt binding.  That made me pleased about how little they cost me (whatever the cost of the thread and elastic was only!).

I made two pairs: 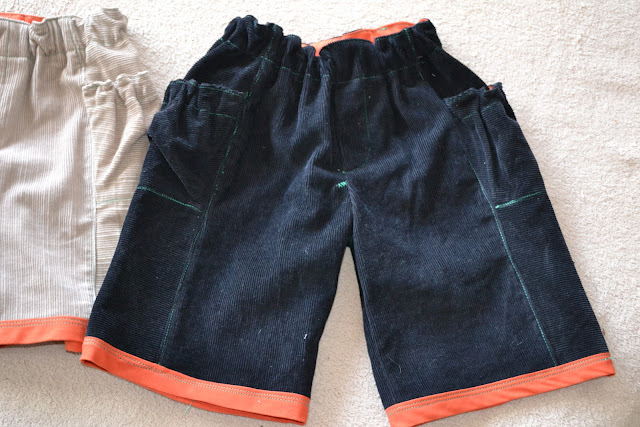 One for Noah out of black corduroy with green thread and the orange trim: 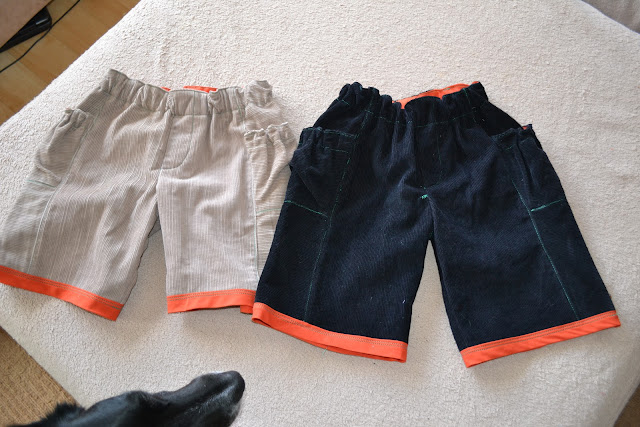 I tried them on Mr Marcus, who apparently was "dressed as Spiderman" (with a bin on his head...): 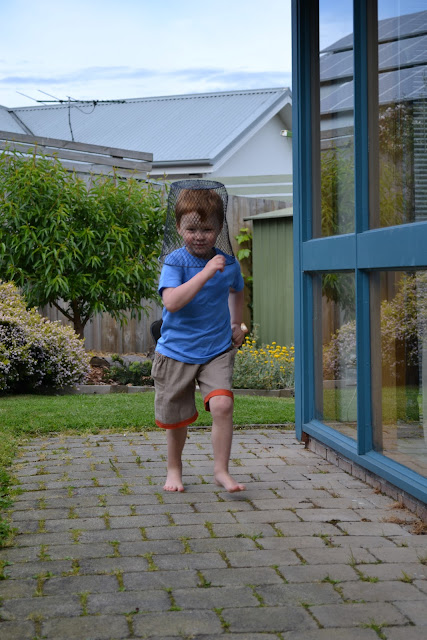 They fit fairly well - I intended them to be baggier style: He quite likes the pocketses for his treasures: 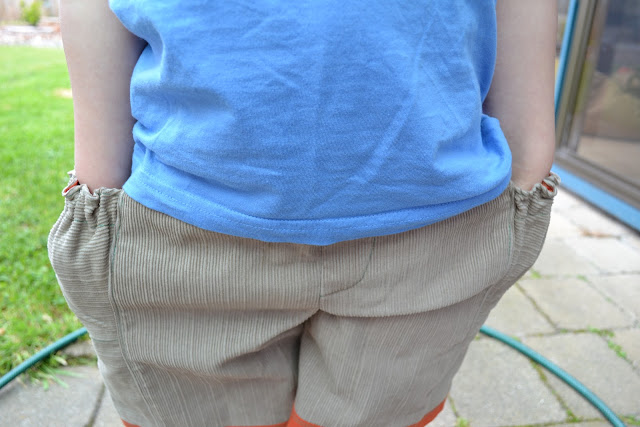 And apparently it works well with his "Spiderman" hat/bin and whatever that is on his t-shirt... 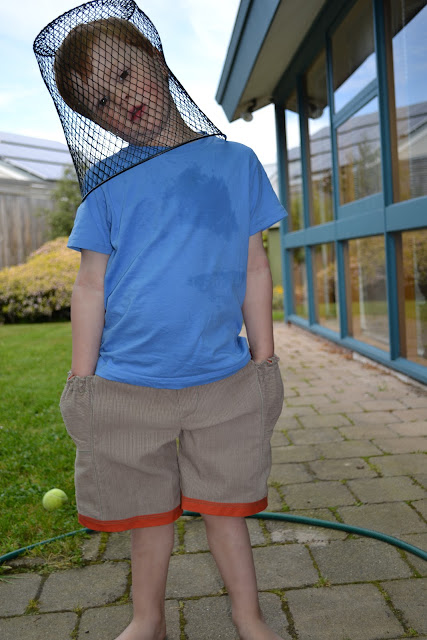 Pretty pleased with this pattern - it was quick and well explained.  To make it into shorts, I just shortened the  original pattern.   To make the waistband on the inside, I just reversed the order of construction to match the other patterns in the book / the usual way of doing it.