Planning, organising, planning, procrastinating? The Sewing for ME edition...

January 31, 2013
I already blogged my knitting / crochet goals for 2012 here.  Sadly, those goals have *already* been waylaid by an emergency present for my sister-in-laws 30th birthday on Australia Day (she wants a knitted cushion to match a throw she just got).  *Sigh*.  I did think I would stick with the plan a little longer than 15 days into the new year when I cast on that rather naughty new project :)

This email is the first part of my sewing goals.  The first part, I hear you cry?  Yes, I have so many WIPs and UFOs and ideas and plans and goals, that I need to further categorise the sewing posts into separate sections.  Cripes.  Here goes...

Sewing for ME:  Things already underway (oldest to youngest)

This is one of my oldest WIPs and only maybe the second thing I ever sewed (or am sewing..) for myself to wear.  It's McCalls M5847 (view A).


I was/am making it in a kind of silky indigo fabric which looks like denim but is much more slinky and has a kind of sheen to it (how hideous does that sound?!).  It is a bitch to sew with - it doesn't hold a crease well at all.

I need to revisit this one and try it on again.  I think I had it mostly done, bar some hideous hand sewing on the facing and making of button holes.  Maybe some other finishing on the armholes.  Anyway - I should really see if it's worth it and finish or officially abandon.  Perhaps attempt two in the future in a different, more suitable fabric :)

This isn't really a work in progress, as I have made one "muslin" version (below) and not yet started the next. 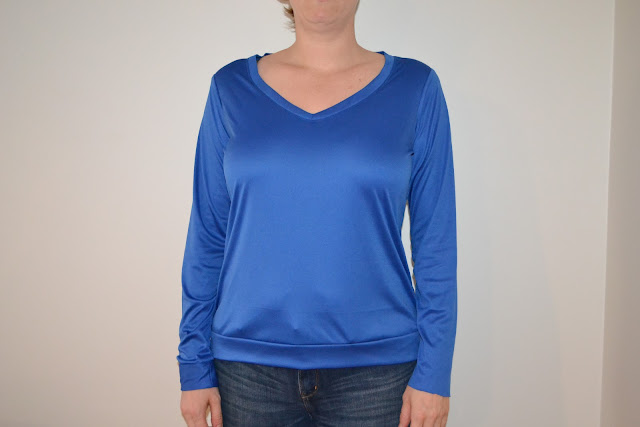 I made this as a test and want to make another in some black similar weight fabric which I bought ages ago.  I still have a few fitting issues as dissected in my post about this one and would like to get this to a TNT state - as I can imagine making many of these and altering it to make even more!

This is the pin-up girls Classic Bra (line drawing here).  I bought the kit in pink and chocolate and have cut out the pink.  I really really want to learn to make my own underwear (though apparently not so much that I didn't let myself get distracted by trousers...)

I love this pattern, and not just because they obviously named it for me.

I have already made one muslin from green homespun (surprisingly wearable - dedicated post to follow) and have the second cut out (greyish blue homespun).  I am going to change this version to have the zip at the centre and I will add a waistband.  I have some beautiful chocolate striped linen from Tessuti to make the final version from, once I am brave enough!  At least one more muslin first...

I bought a lovely dress last time I went to Melbourne (Sportscraft) and would like to try and make up a pattern for something similar.  I also got some silk from Victoria market (should that read "silk"?  Probably...).  I have the start of a pattern so need to muslin and fiddle and so forth.

I have the fabric and a pattern in my head - last on the list as I already have at least 3 aprons :)