April 08, 2013
I think I already mentioned that I signed up for Handprinted: A Fabric Swap III, which is hosted by Leslie Keating over at Maze & Vale.  I was initially a bit intimidated by signing up, as the fabric Leslie produces is amazing.  I have a stash of it ready to make some cushions with when I get to it!

But meanwhile, I took the plunge and got stamping.  There are some work in progress shots here.  The swap rules were pretty simple - you were to use natural fibres for the fabric, and had to send a fat quarter each to your four swap buddies.  I ended up making four different fat quarters as I was having fun playing with the different fabric bases and colours: 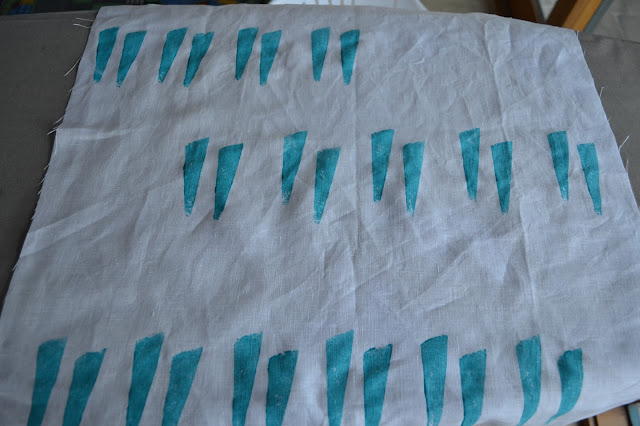 My first effort was a kind of wedge shape of teal on white linen.  I went all old-school (or indeed primary school) and used cut up sweet potato for this stamping.  This is one of my favourites of the four and was very artsy-fartsily based on the shells below. 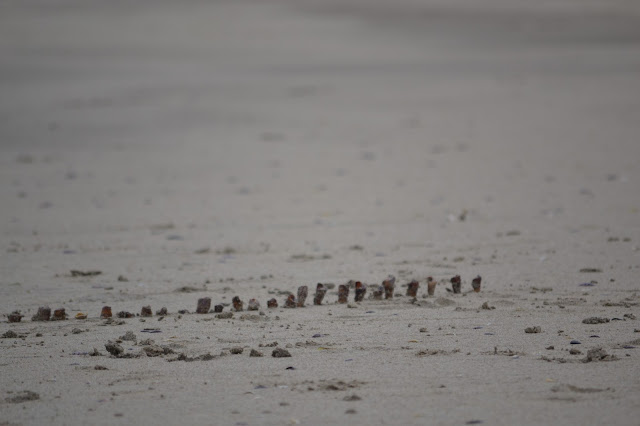 Our last holiday with the kids was to Eaglehawk Neck in Tasmania.  The weather wasn't super great but we still went to run around the beach.  There were heaps of these conical shells and my husband made a long line of them in the sand (I think the kids were saying it was a fence to keep out penguins or something...).    Anyway, I liked the look of the shapes all in row, so that was the inspiration for the teal wedges stamping.

My next two used a mixture of cut sweet potato (the kind of bug-like prints) and some lino stuff I got from a local art shop (the pink and green ones).  This one was on natural linen 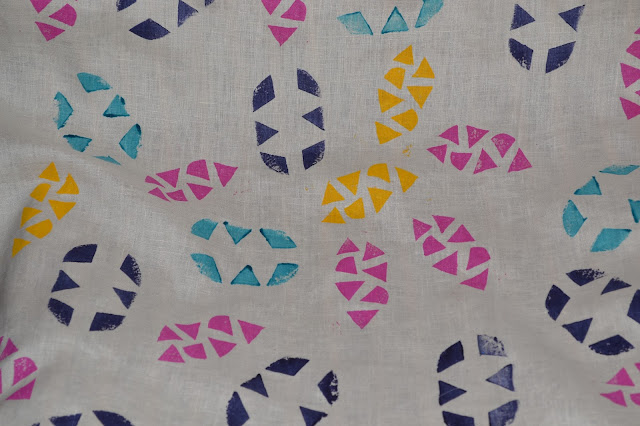 And this was on white linen.  Its hard to tell here but the pink shapes make a kind of gridded criss cross pattern.  I liked stamping with sweet potato but wanted to see if I got a crisper result from the lino stuff.  In addition, I got to buy new toys, in the form of a set of japanese steel tools for carving the stuff - they are awesome :) 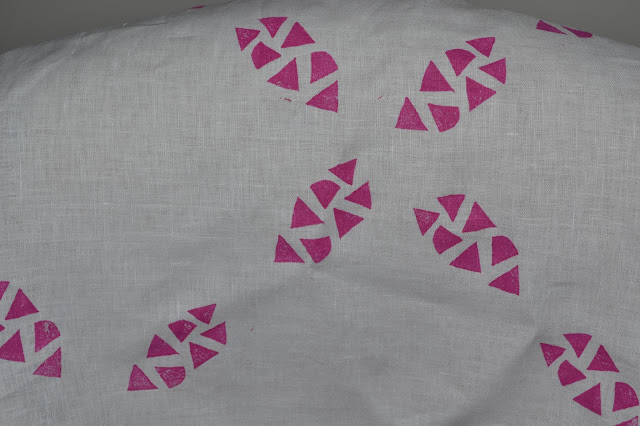 I spent rather a lot of time messing about with the lino and eventually came up with what is my favourite print, shown below.  I cut a diamond with an open side and a diamond inside it.  This didn't have any inspiration except that I really like geometric shapes, like triangles and diamonds. 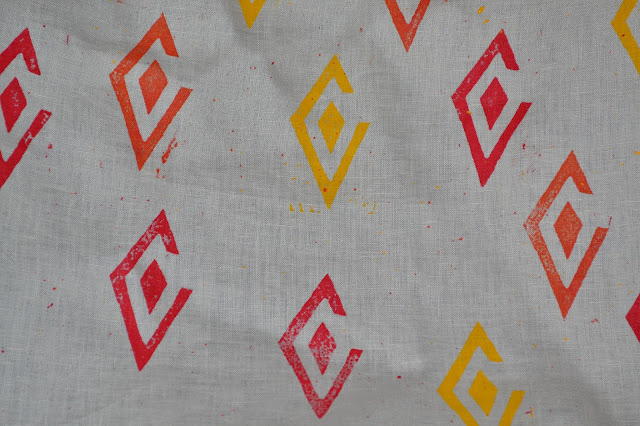 I used yellow, red and made an orange to go in between.  I then roughly flicked some paint all over the surface to add to the graininess of it.  I love this one and will likely make some more of it for me.

I have received three of my four fat quarters in return and they are fantastic - I will share them all when the fourth comes.  The only real downside of living in Tasmania is how very far away we are from things - I sent my pieces a bit early to try and compensate for this but sometimes I just have to be patient waiting for the post!

I would thoroughly recommend Handprinted to anyway wanting to try out stamping.  Leslie has some great tutorials to get you started.  If for some reason you don't want to try it yourself...the maze and vale etsy shop is a great way to kill some time and part with some cash :)