Feed the Animals Purses and a birthday! 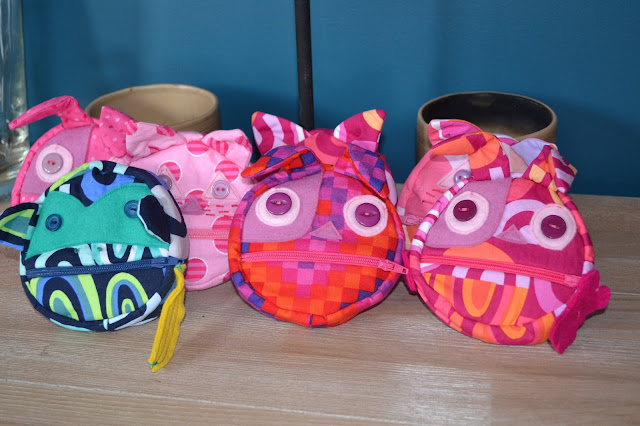 While I am sad that Amanda beat me to it (see her lovely purses here), I managed to finish off all the party bags including Marcus' before the party!

This is the Feed the Animals pattern from Straight Stitch Society.  I made three dogs (well actually four, if you count my trial run which got a bit mucked up and was abandoned), four cats and a monkey.  While we are dog-people in this house, I feel like the cats and monkey look a bit more like the animals they are supposed to be.  I also think you could easily adapt this pattern to make rabbits or owls or whatever you like really.  (Well, maybe not long snout animals like horses and crocodiles...). 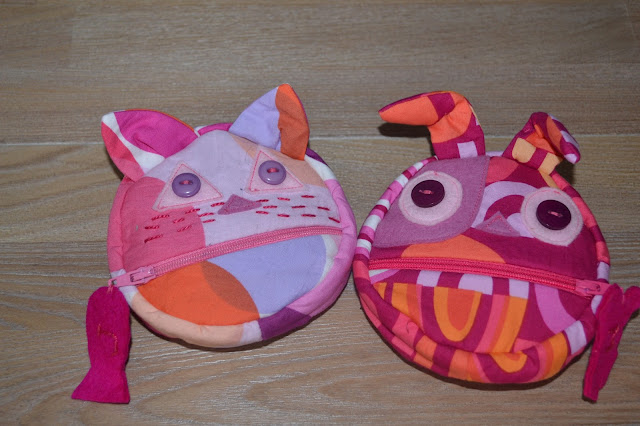 I found the pattern pretty easy to follow (except for the first one where I totally mucked it up but that was my fault).  It is a pretty labour intensive process, as there is lots of cutting out teeny bits of felt and so forth.  I didn't manage to do pretty blanket stitch or similar around the face features either - I just sewed them on close to the edges. 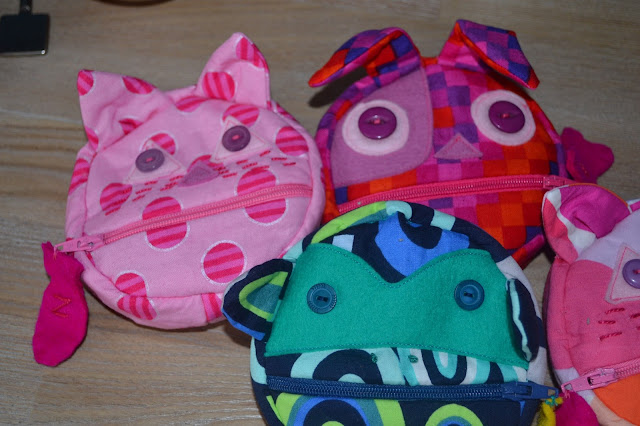 I did find these much easier to chain gang - sewing lots of the same step at the same time.  I also mucked with the sequence of the pattern a bit to suit my lifestyle (sewing lots when I was at the machine and saving things like clipping seams, sewing buttons and turning ears for when I wasn't).  My only criticism of this pattern is that the ears have a tendency to sit more forward than I would like (like on the monkey in the above picture).  I solved this by pulling them back and securing them in place with some stitches between the ear base and the side panel. 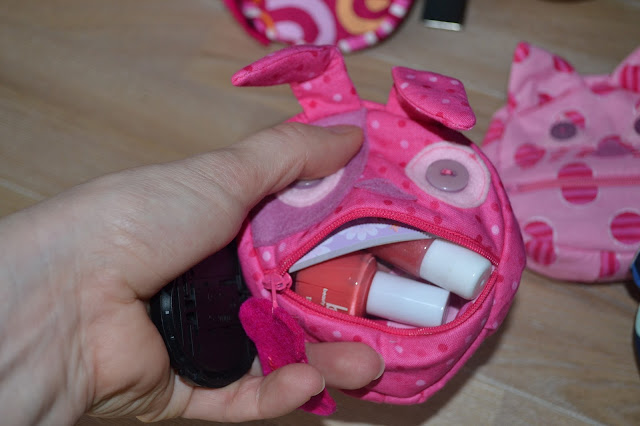 I filled them with less stuff than a normal party bag, but I think nicer things.  They each got a notepad, lip gloss, nail varnish, Hello Kitty broach and a mini lolly pop.  I wanted to avoid plastic tat and chocolate.  Without being a total killjoy I figured I often throw almost all of the non-edible stuff in party bags out when we get home as it's rubbish.  I realised I could spend about the same but get fewer things - and the kids seemed happy.

It was a lovely girlie party, with dancing, cupcake decorating and a Barbie movie (I know, I know...ultimate tat!).  Jesse joined in: 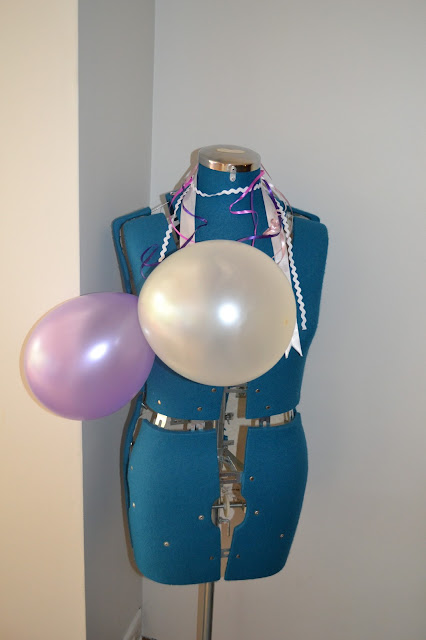 And my little girl is suddenly very big! 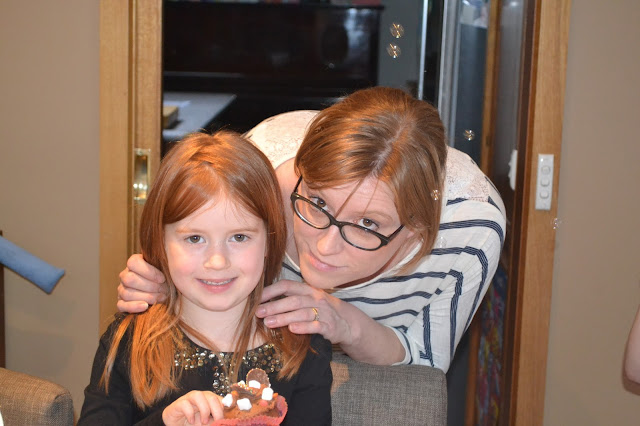 She loved the party bags and also the sewing machine and kit that Mummy got her, so look forward to seeing her creations as well as mine in the near future!!