December 23, 2013
I have previously posted about making crochet ornaments for the school fair. I enjoyed making them so much, I decided to make some for us. I used The Royal Sisters patterns, which were easy to follow and gave great results. 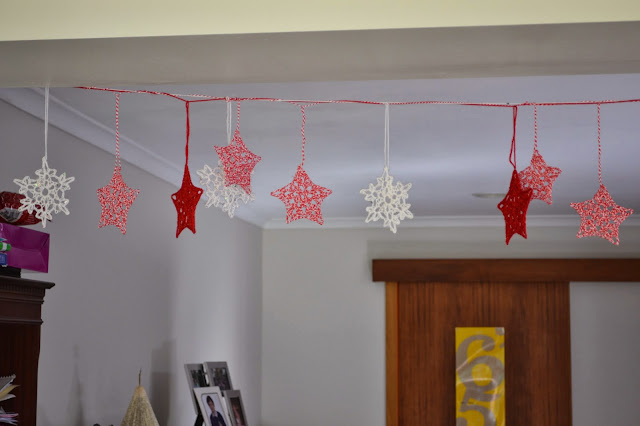 I made several snowflakes in white and stars in red and in red and white butchers twine. I then made three garlands which were intertwined a bit randomly.

It was rather hard to photograph: 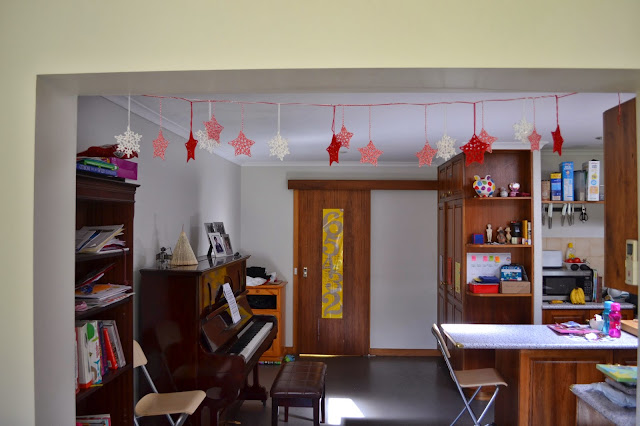 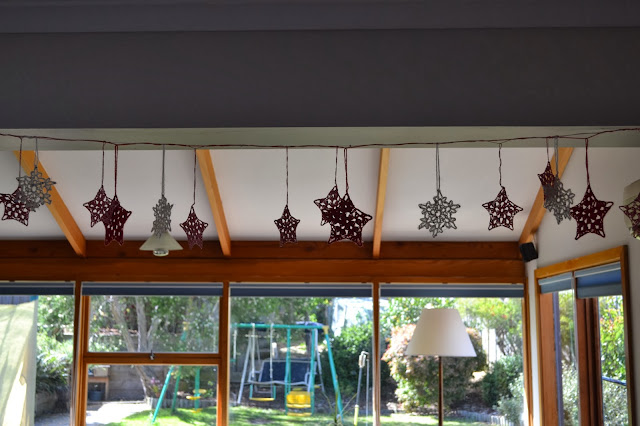 The stars / snowflakes were stiffened with a mixture of glue and water. I experimented with sprinkling them with glitter but it was messy and overkill.  They look lovely on their own I think 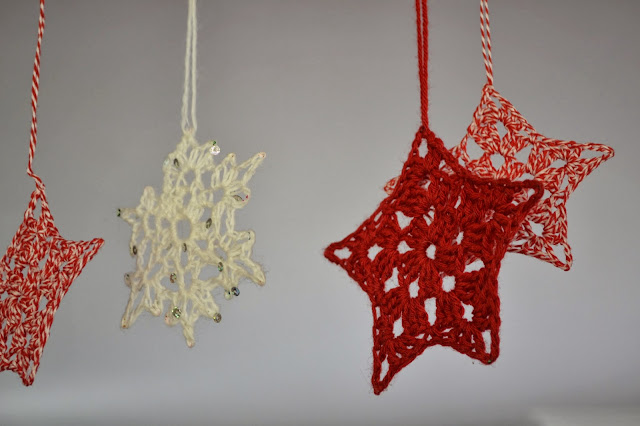