Y Do I Do It quilt (or my favourite quilt EVER!)

September 27, 2014
This one was actually finished quite a while ago, but then we moved and I forgot to blog for about 6 weeks or more, and I forgot I never shared this.

This is my new most favouritest quilt EVER: 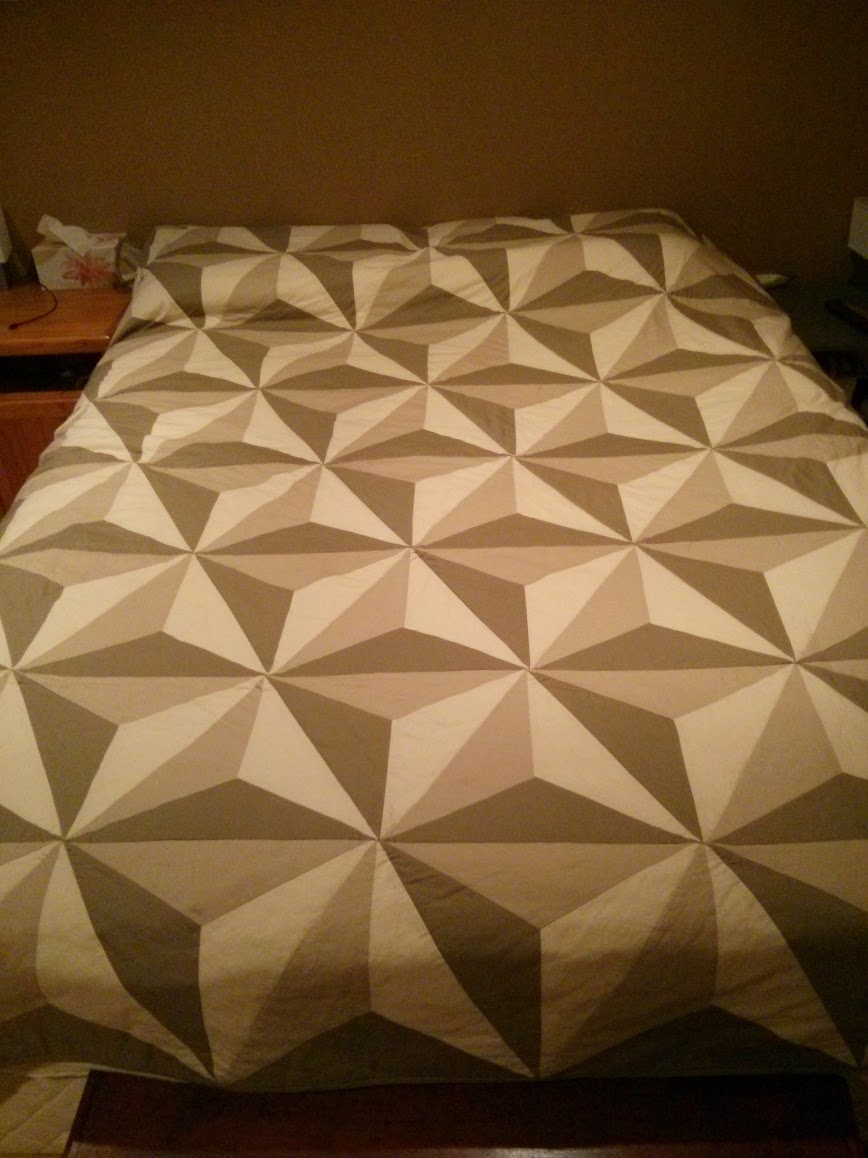 It's called Y Do I Do It (because it is sewn with Y seams) and it was a class at Patchworks in Hobart.  The quilt is the brainchild of my sewing "mom", Jill Griffin who runs Patchworks and it's super awesome.  The blocks are actually sewn as the Y shape, which was at first fiddly but super super satisfying once you got the hang of it!

The pattern for the class was on a slightly smaller scale than mine is, and was designed to be made out of print fabric, but grouped into three sets (light, medium and dark) to achieve the 3-D effect.  Some class participants used different colours, some used prints which were the same colour but split into the three shades, and I used only three, solid fabrics (mostly Kona and in greyish mushroomy shades)  What was amazing was how different they all turned out!  Sadly I only have pictures of mine...but that's OK because I LOOOOOVE it.

Despite starting to make quilts in 2003, this is only the second quilt for our bed.  I guess between making them for other people, the kids, sewing clothes, knitting and crochet, there just hasn't been time!  Having moved somewhere warmer I think we really need them - so we can have a flat sheet and just a quilt to pull up if it's a bit chilly, rather than the full on duvet and so forth.  Maybe I will make us another before 10 more years passes :)

The only other quilt I made for us is shown below.  I still love that also :) 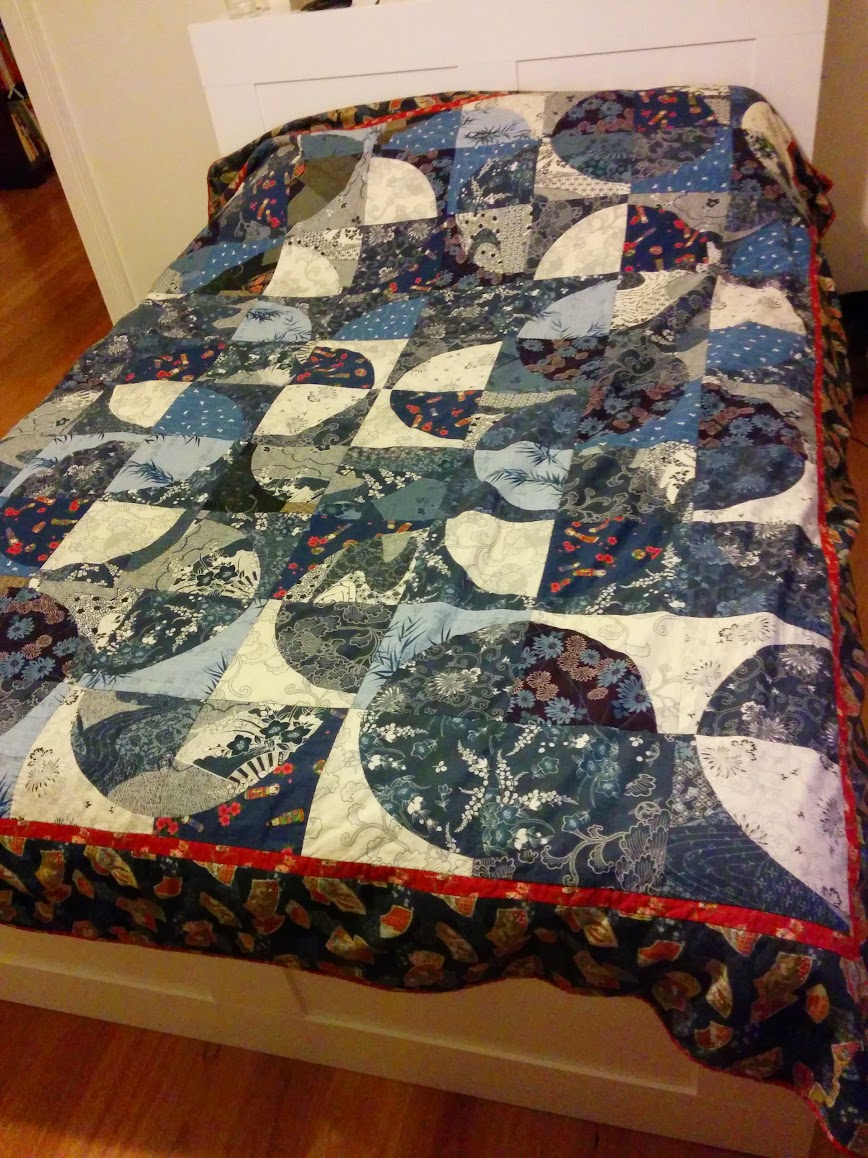