November 24, 2014
I have been on a finishing off mission ever since we moved to Sydney.  The now rather high visibility of all the WIPs is one reason, sheer guilt at transporting all these half-made things is another.

Of all the finishing off, I think I am most pleased at myself for finishing this one: 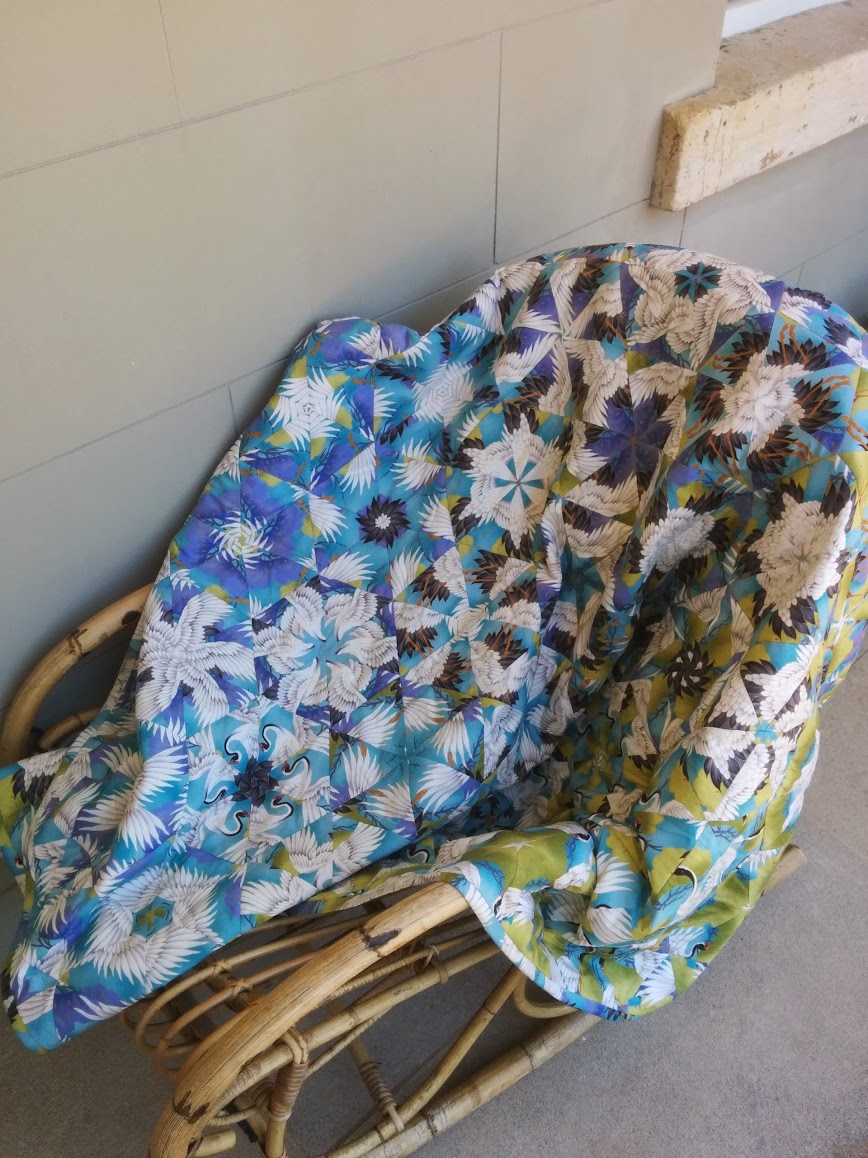 I have had this cut out since my son was young enough to sleep in the Phil & Teds Cocoon. That means he was less than six months old.  He is now 5!

In my defence, I liked the idea and then decided I had chosen totally the wrong fabric.  These quilts work by you cutting out 6 identical triangles, then sewing them together to form the kaleidoscope effect.  The ones I like best have very distinct areas of colour in them - whereas the fabric I chose (which has cranes all over it) made the end result very "wingy".  You can see this more clearly in the picture below (pre-assembly) 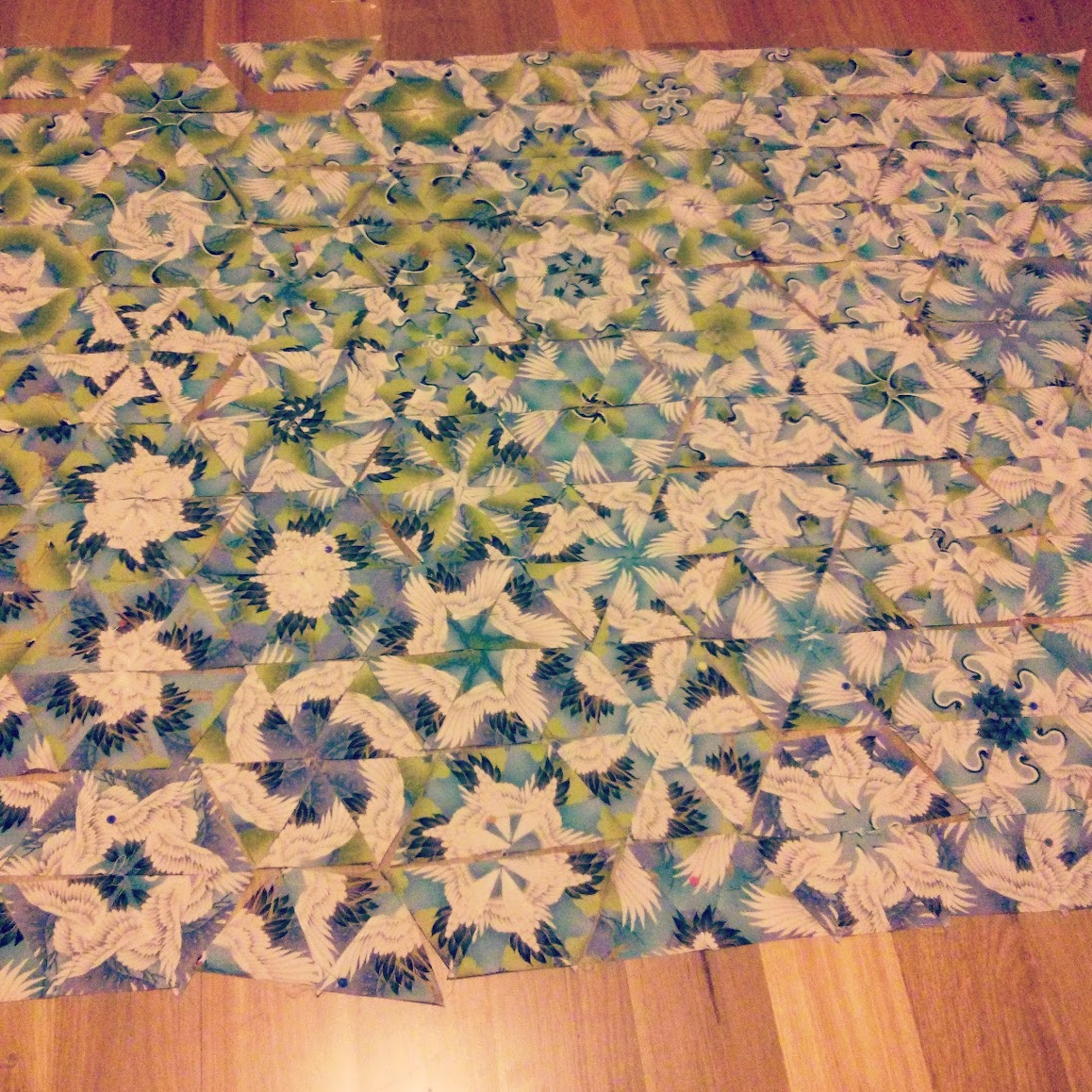 The  colours are so terrible in this picture - see the ones below for the actual colours!

I got all disheartened when I had only sewn about half of the cut out pieces together and just put away for another time.

Fast forward to moving here and I realised I had to ditch it or sew it up and give it away.  I also realised I liked it more than I remembered especially once all sewn into threes and I could lay it out like this and play with clustering the greens and blues and darker and lighter patches. 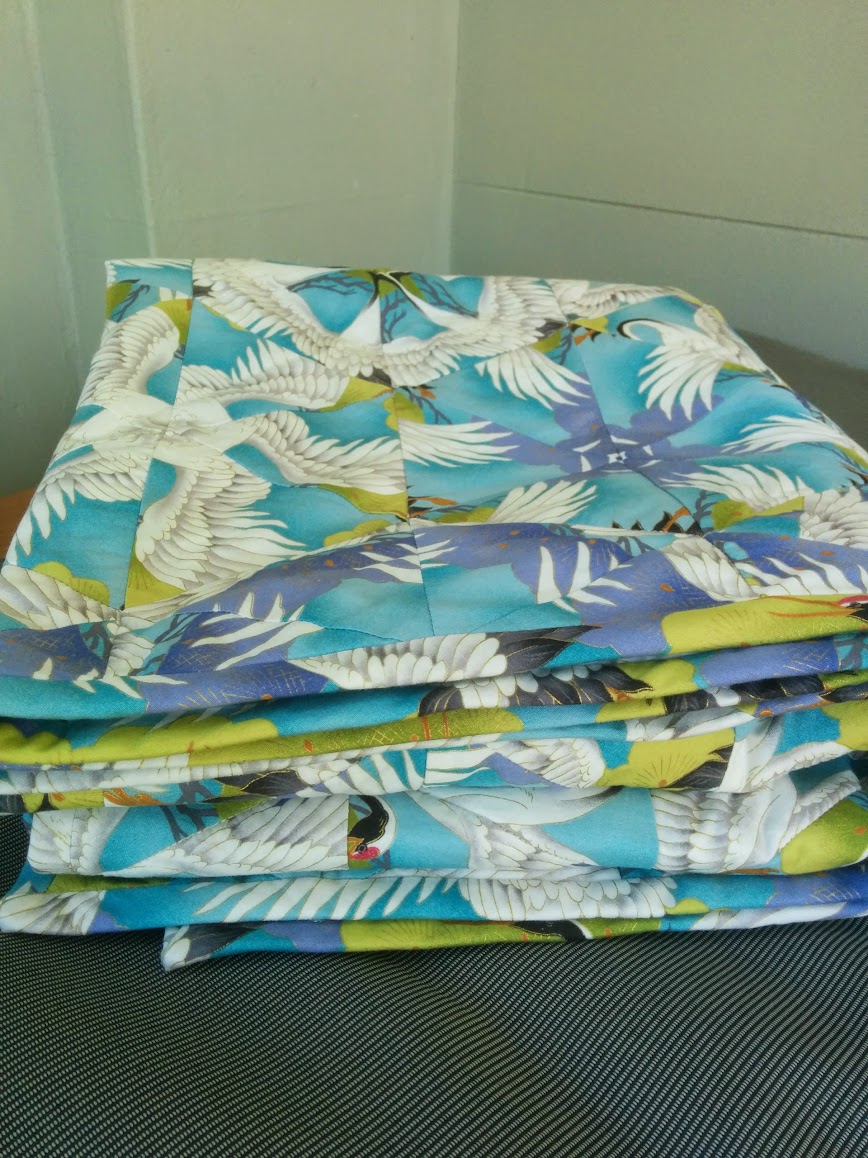 I used up all the triangles I had already cut and decided that was the size it would be.  I backed it with the remaining uncut fabric and then also bound it in that fabric.  I would have preferred to bind in a solid but I just wanted to be finished and the recipient didn't mind at all (see below).  I machine quilted it myself by going around each hexagon in the ditch.  It took a bit longer than just doing the rows but it made the hexagons stand out more I think.

All up am so proud of myself for gritting my teeth and finishing this.  Even bigger bonus - Thing One decided she really likes it and has claimed it!  So worth it after all :) 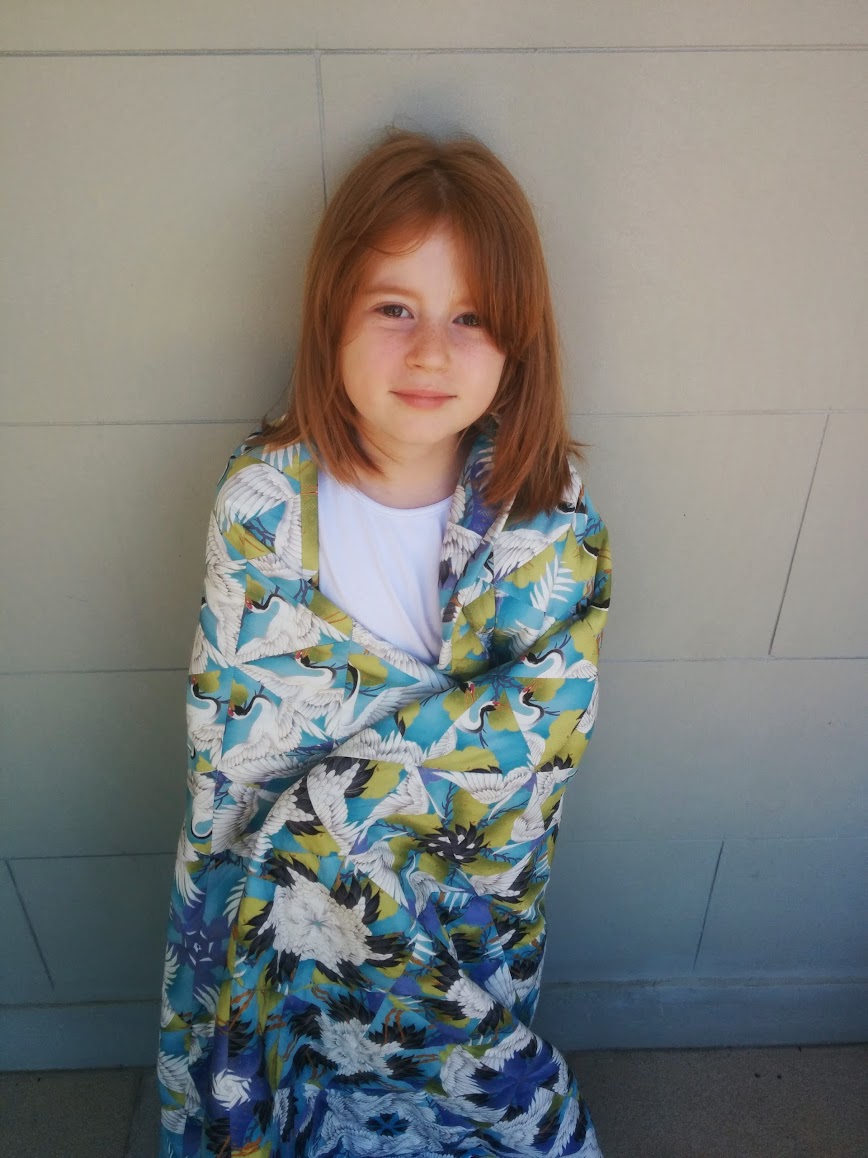