Patterns I Own - a disturbing exercise...

April 27, 2015
A couple of weeks ago I got a new little file drawer thing to keep sewing patterns in (not all of them, because it's little, more the "working set" or queue).  It was a bit of an impulse buy but it's soooo pretty: 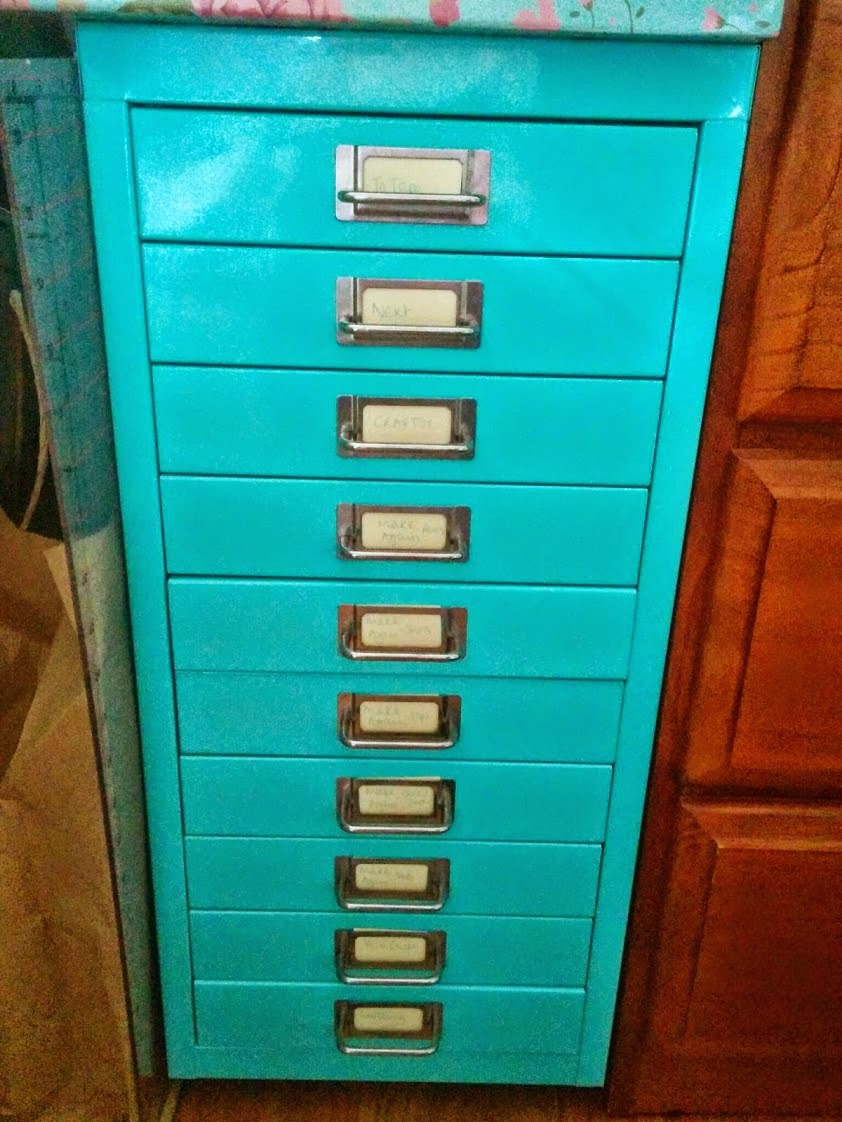 Anyway, the purchase led to some sewing room reorganisation.  That sounds very grand, but "sewing room" is actually part of our bedroom, and "reorganisation" means I swapped one shelving unit and the chest of drawers around :)

The "reorg" led to me deciding on a whim to catalogue all the patterns I have.  Because that wouldn't take long right?  I figured I would use Pinterest, as it's visual, and when Sara Lawson (Sew Sweetness) starting doing this a while back I was jealous.

WHAT???  I own 93 patterns for women alone (note - this is now 94 as I realised when writing this I had missed one).  You can see them all here.  This doesn't even really capture it because several of those pins are entire books, with multiple patterns in.  Plus there are other boards with substantial numbers on (bags and childrens patterns, I am looking at you...).

I decided to do some analysis. 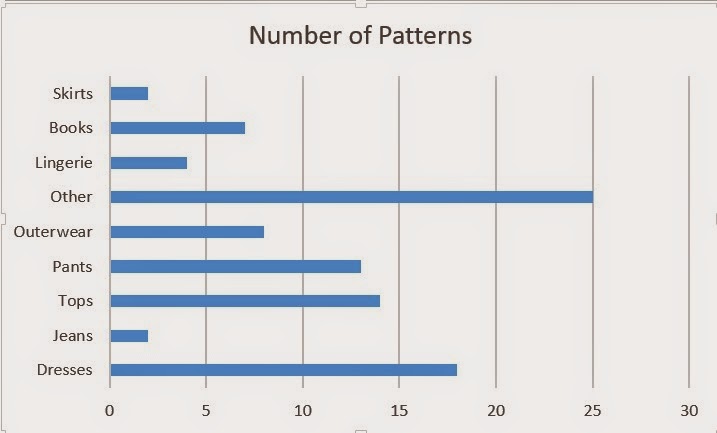 We can ignore "Other" in the graph - this is mostly knitting patterns which I decided not to further categorise.

My stand out in the above is that out of 94 pins, I have 18 dress patterns.  Why?  I don't wear dresses very often and I don't think they are ever the most flattering choice for me, yet nearly 20% of my patterns are dresses.  It gets even worse if we included books in the tally, because one of the books is actually called "Little Green Dresses", so my dress pattern count is in fact artificially low.

[As an aside, I am a bit shamed by the books as I have made seriously little from them - perhaps that's a challenge to take on in the future...]

Oddly, when I look at what I have actually made from the patterns I own, the dresses are well represented there also. 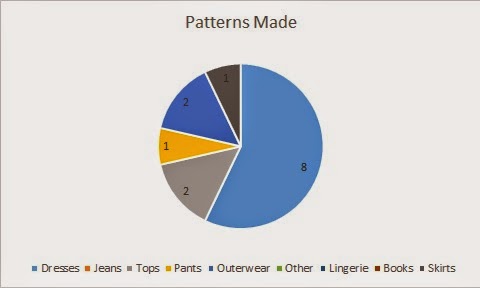 So.  I wear trousers pretty much all the time and have made 1 pair (Tessuti Chloe Pants), but have made 8 dresses.  To be fair, there are several pairs of Alexandria Peg Shorts which aren't shown in here because I forgot to count them and was too lazy to go back and add them in...but STILL.

I think this shows where I am going wrong with sewing and the things I have made - I have made a lot of clothes for me now, but could never attempt me-made-May as I am not making things I want to wear in high rotation or that I even wear at all.

To illustrate how successful my dress making is not - here are the 8 dresses and their status:

Out of 8 makes, 2 are still worn a lot, 1 is not perfect but worth adjustment and another is still on the sewing table.  It's not really a high strike rate, but for some reason I am making a type of garment I don't usually reach for.

Despite this realisation that I don't wear the dresses I make, my current work in progress is a dress :(  The law of not creating UFOs means I must press on until the end, but my new mission statement is to MAKE SOME DAMN TROUSERS ALREADY!

On a final note, I was interested in the breakdown between indie and non-indie patterns.  I believed I had more indie than others and was happy to see I was right.  The Big 4 patterns are mostly dresses (godammit...) and shirts, which is something I seemingly want to make more of, as I have at least three rather similar patterns there :) 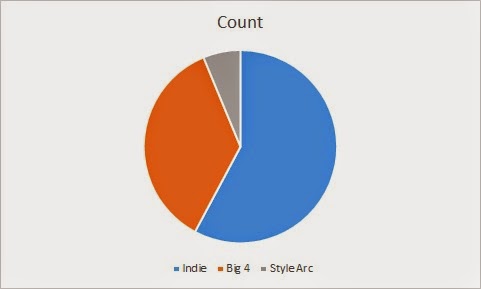