October 13, 2015
When Closet Case Patterns released the Sallie Jumpsuit a while ago I bought it straight away.  I don't have a jumpsuit and have never been sure if they would suit my figure, but this one looked flattering and comfortable.  I also love Sallie Oh's blog and her style, which was an influencing factor!

While I love Heather's black, long and wide legged pant version (here), I was staring down the barrel of a trip to Greece in mid-summer, so I modified the pattern to make a shorty version. 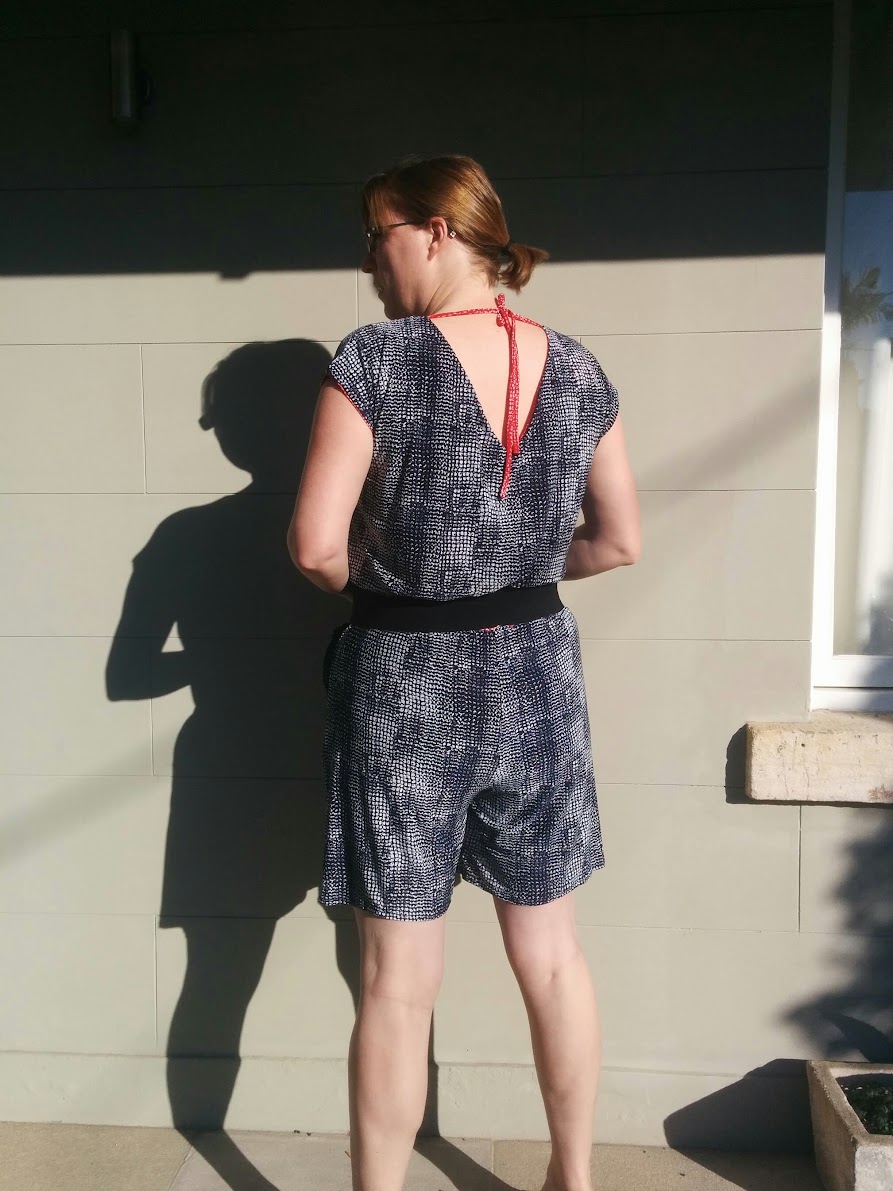 I used a black and white print I have had in the stash for ages (result!  stash busting!), with a contrast red version (same print) for the lining and the tie.

To make the shorts from the pants I made two changes - first was to shorten them to the length I wanted (plus hem allowance).  The second was to modify the shape to make them essentially straight leg shorts - a little wider than they would be if they were the top of pants.  I did this by drawing a straight line from the top of the pattern piece on the outer edge, and from where the crotch meets the inseam on the inner edge. It seems to have worked. 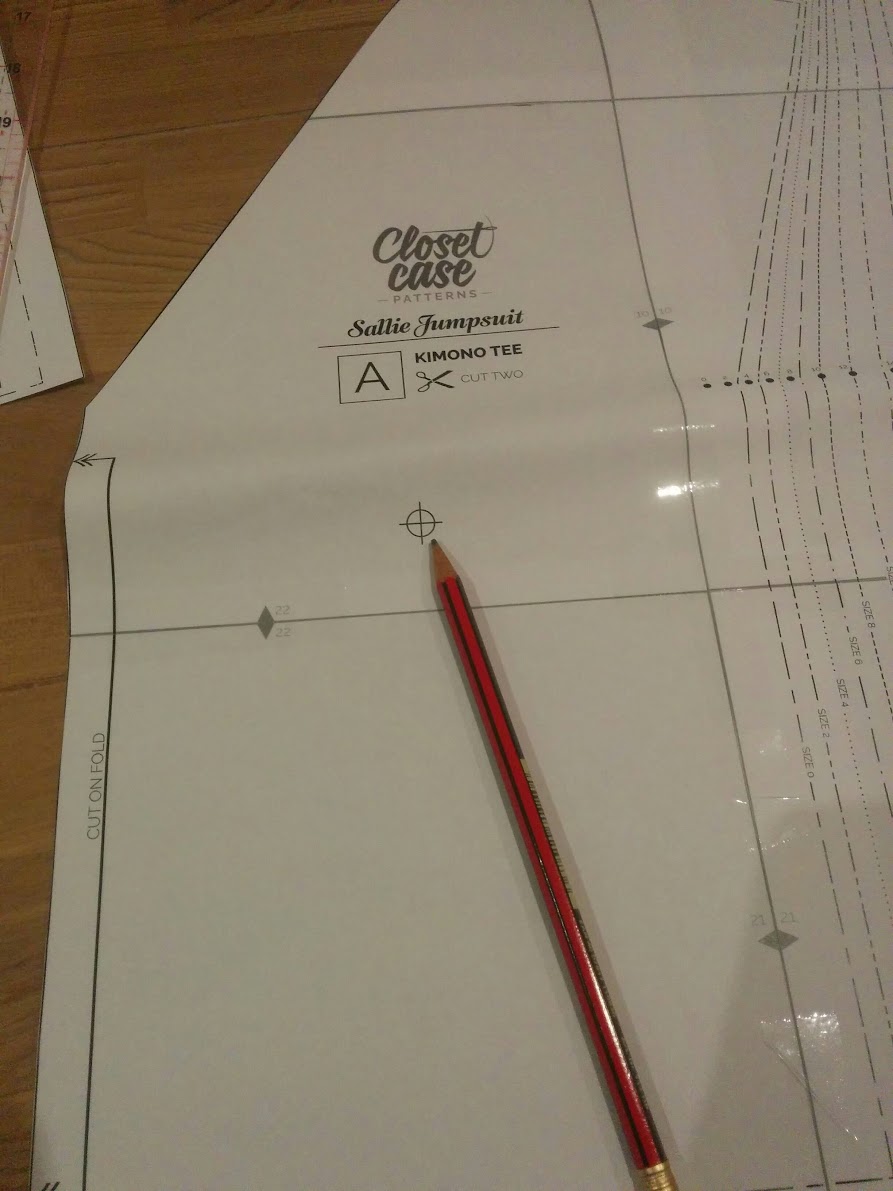 I also needed to adjust the top, making it both longer (by really quite a lot) and also wider.  I was a bit stumped by this - I have never done a full bust adjustment (FBA) on a kimono sleeve garment and didn't really know what to do.  A quick google shows a few tutorials out there, but I actually decided just to widen the piece at the seam for a couple of reasons.   I am generally pretty broad across the shoulders and around the ribs, so adding width generally (rather than just focussed at accommodating the chest) seemed like a good idea. 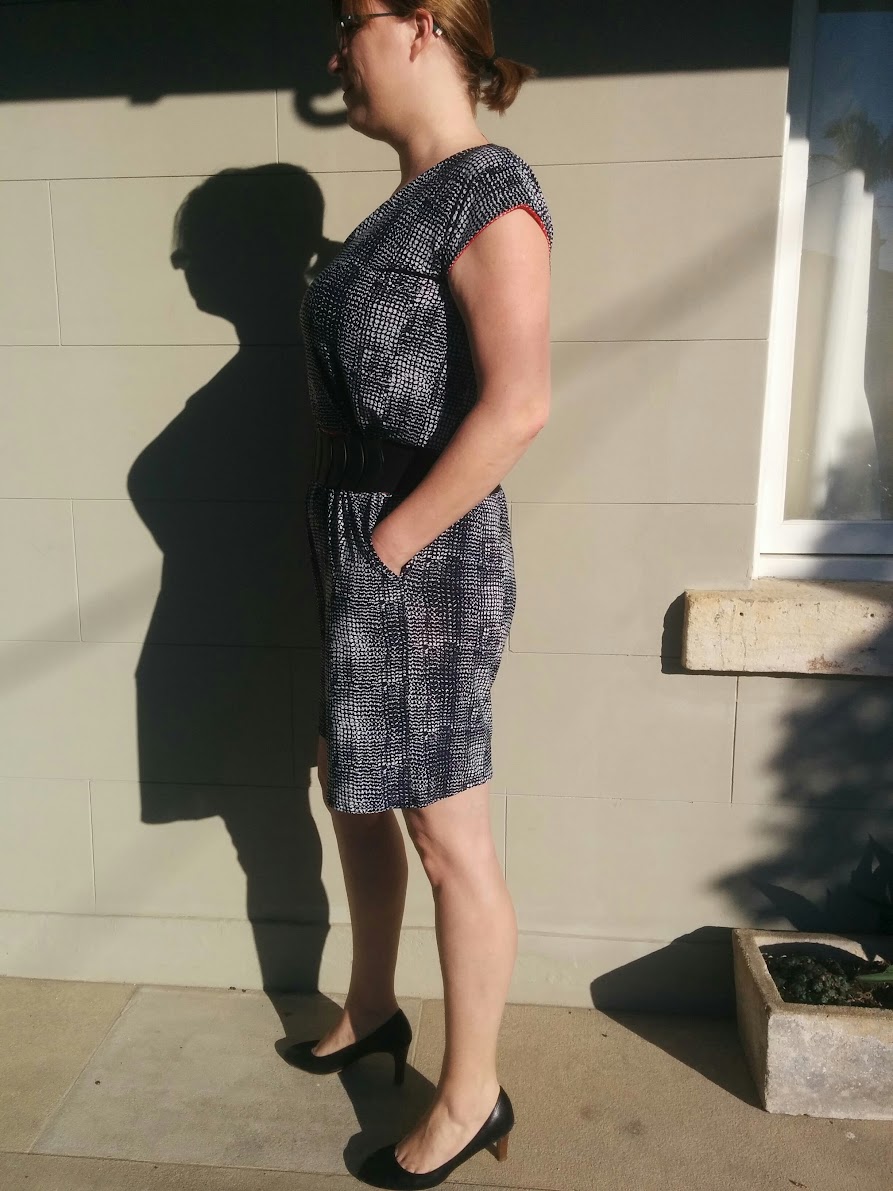 It mostly worked pretty well.  The fit is good and feels comfortable, and in a stretch fabric there is a reasonable margin of error anyway.  There looks to be a bit of pulling at the chest in this picture, but I suspect that's not usually there and might be because I have my hand in my pocket?

Let's just pause for a second there and discuss how much more awesome everything is with pockets. Thanks.

Moving on - what didn't work was my other bodice adjustment, which was to length it.  It didn't work because I didn't trust myself.  The amount I needed to add seemed totally ridiculous, so I decided I must be wrong and lengthed by less.  Seriously - in what world would that be a good idea???!!!

So I ended up having to sew a channel for the elastic which also lengthened.  I thought maybe using the contrast fabric would make this look more deliberate: 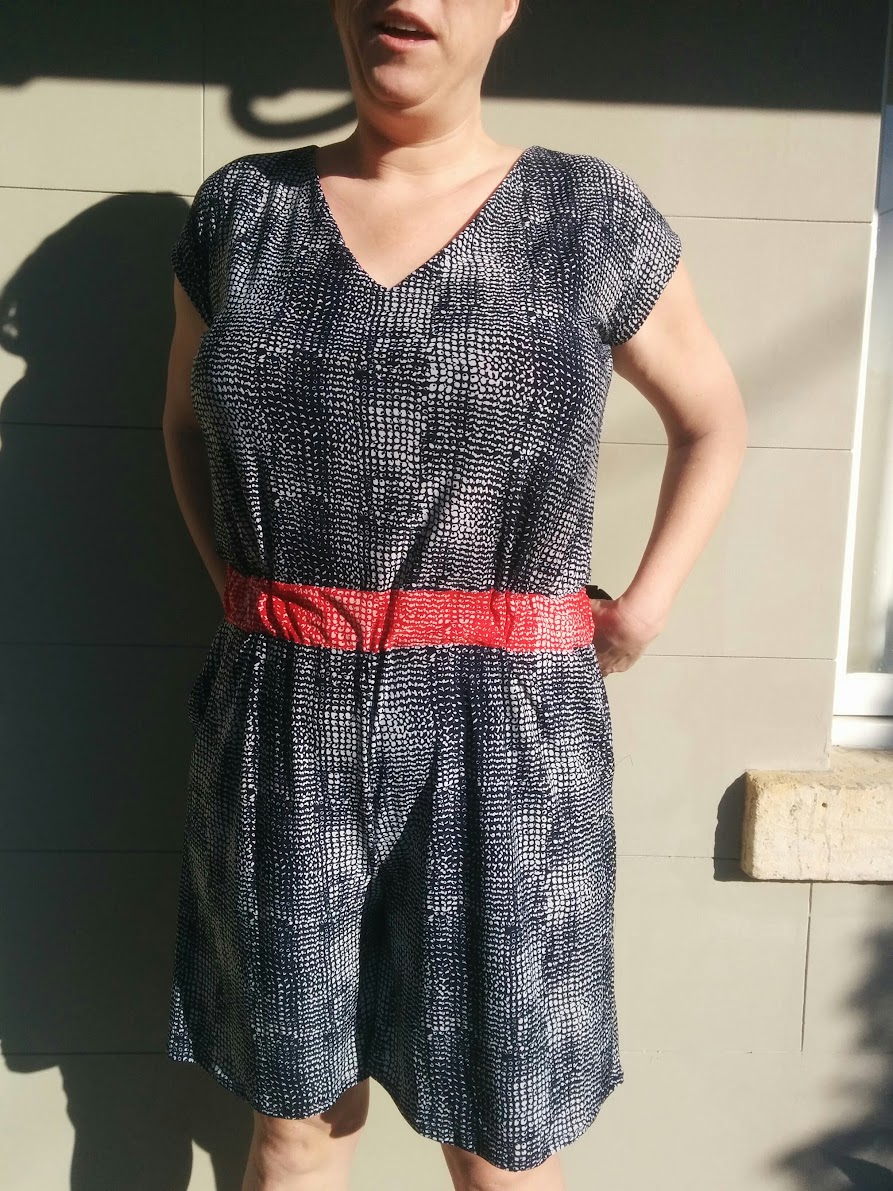 I don't really like the result.  It looks messy and isn't especially flattering.  I was pretty gutted.  Then I remembered a belt which seems to work OK:


It's not brilliant, and tends to need me to adjust the fabric around to stop it bunching too much - that's because the belt is tighter than the elastic would have been so there is excess fabric to distribute around.  But I felt it looked better than the red casing hack...so there it is.

Overall I LOVE this pattern and plan to make another asap.  They are truly #secretpyjamas and I think fairly flattering.  They suit the Sydney weather to a tee!  Here I am out in Rhodes on our trip with my sister wearing it "in the wild" 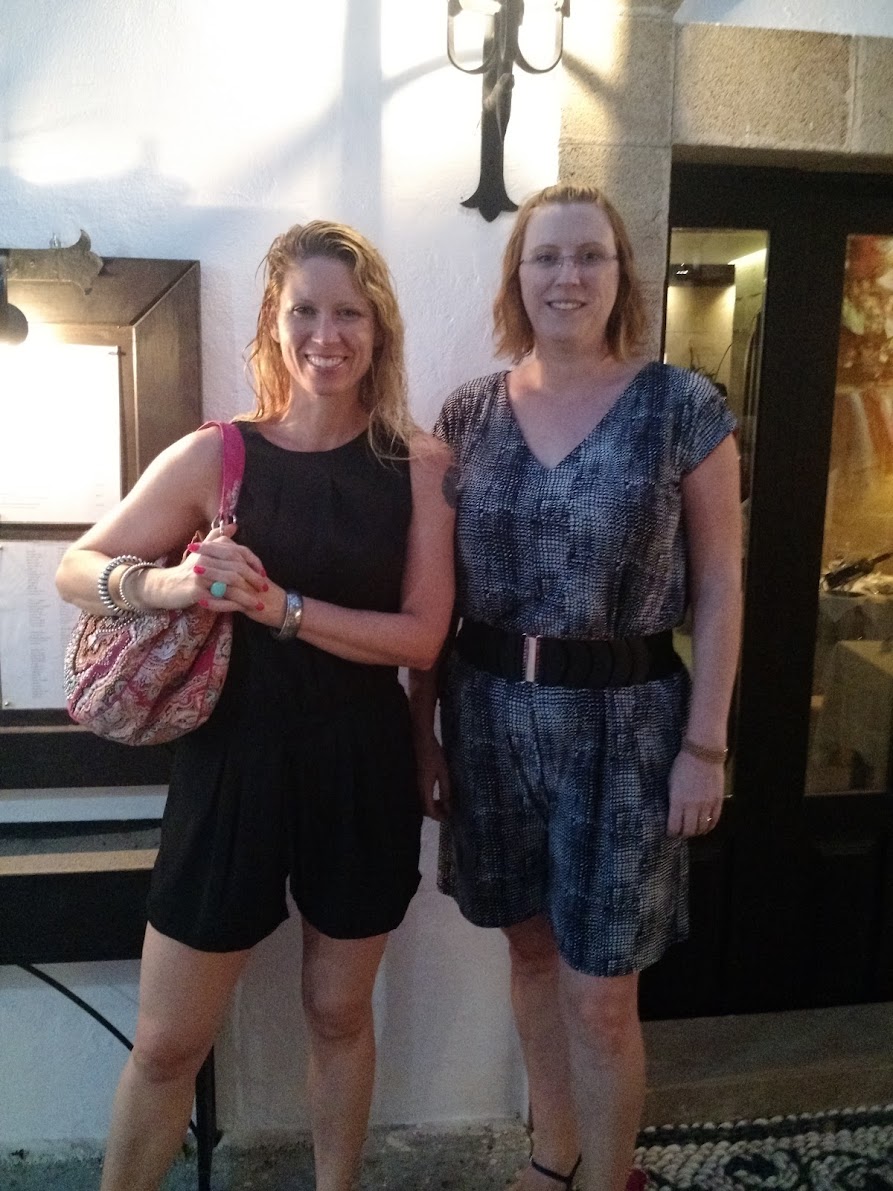