March 03, 2016
I was very happy to pattern test the Zircon Sweater/Dress a while back (I never got around to blogging it after the release).  This pattern is super cool!  The distinctive yoke and side cut outs are pretty unique and a great excuse to experiment with colour blocking or different fabrics or textures.

I decided to make the sweater version in a weird synthetic mock fair isle fabric I got from fabric.com years ago and had never used. It's hard to see in the pictures but it has kind of little hearts on it.  I think it wasn't quite the right knit for this - the yoke lends itself to more stability than this fabric has.

I initially made the version with sleeves.

I should note up front that the sleeves have been redrafted to be slimmer since the tester version, which is a much cleaner look I think. I also hadn't hemmed this yet and one of the sleeves is shorter than the other (as I was going to make into a sleeveless version after testing).

I took the odd heart fabric and used the wrong side, rotated by 90 degrees, for the yoke.  It looks much cooler in person - I promise :)

Then I took the sleeves off: 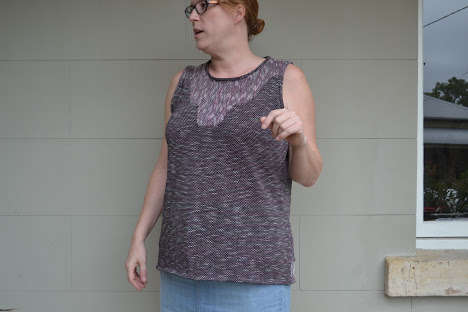 Aaand I like it a lot more.  There seems to be less pulling from the chest (I should have done an FBA) and I still love the yoke even when it's chopped off before the epaulette part.

This photo probably shows the fabric in most detail (it tends to mess with the camera a bit...) 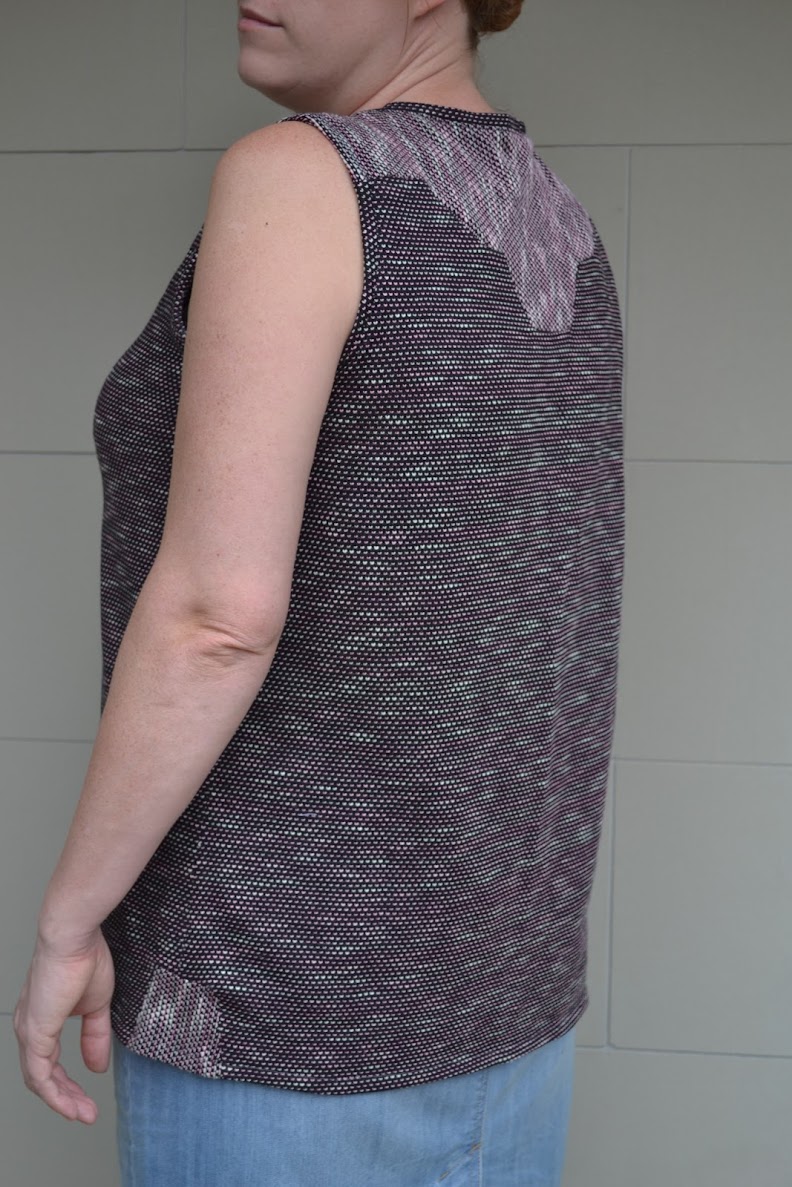 There are lots of lovely tester versions out there also - many people used solid ponte type knit fabrics and colour blocked the yoke, which looks great!  The versions that Lisa from Paprika Patterns has made (here) are also all stupidly lovely.

It's a great summer top - casual, but with some interest from the yoke.  I could see myself making the dress version if I still lived in Tassie or the UK for winter too. 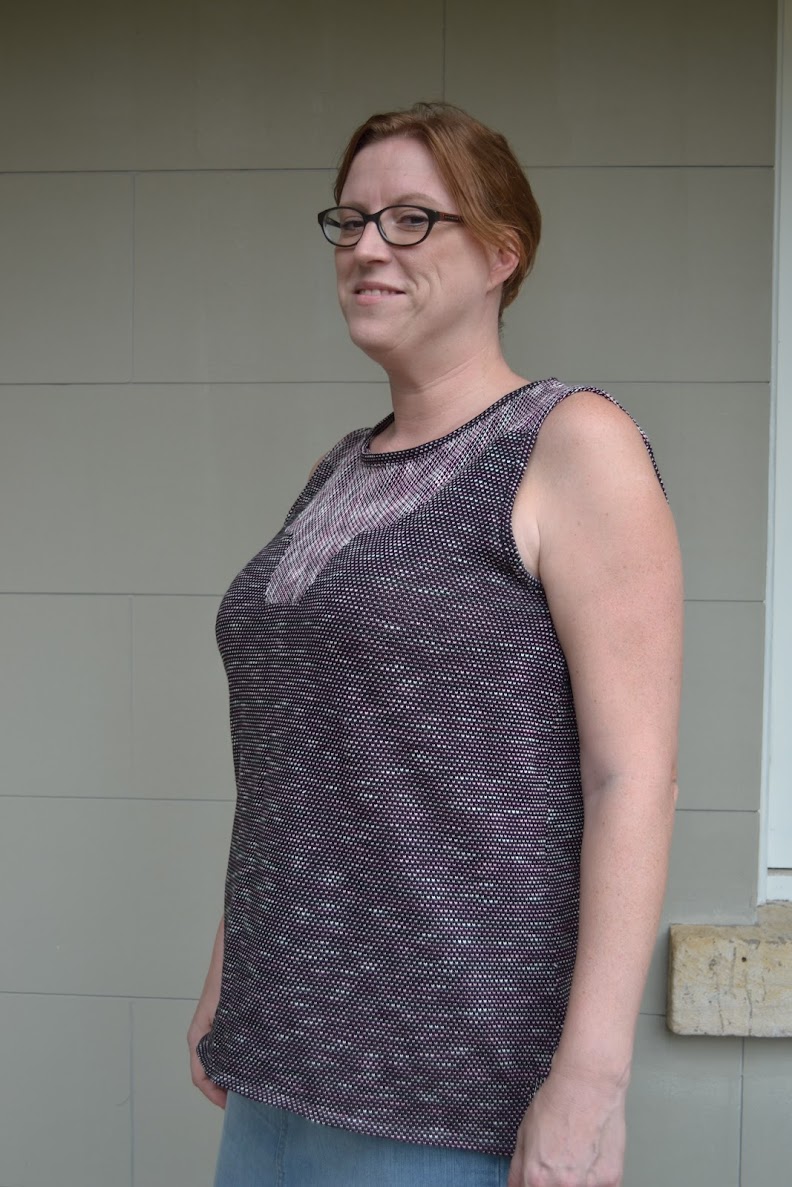