April 08, 2018
I am very lucky to have been able to test a fair few of the patterns from Paprika Patterns.  I really like this pattern company - I like that they are small and independent, and that they produce patterns according to their own rhythm rather than "having" to release each season.

I also like their size inclusivity (though there is always more work to do on that score!) and the overall style of their clothes.  They tend to be simple but cool, funky without being ridiculous or difficult to wear.

My latest pattern test for them was the crossover collar addition to their Jasper sweatshirt / sweaterdress.  Here it is from their store:

and the line drawings

And here is my version:

Disclaimer:  this is my pattern testing version.  I know there were a few tweaks made in the final version, including to reduce the height of the collar. 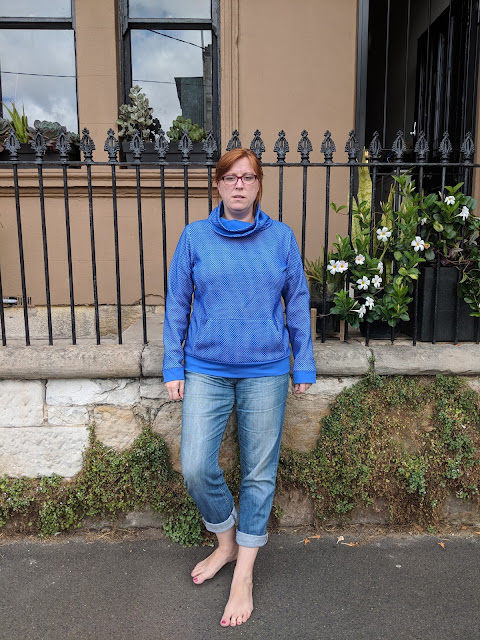 Second disclaimer:  I look very unhappy (or at least uninterested) in these pictures.  I am not!  I love this jumper - it's a weird mesh fabric I got from The Fabric Store in Surrey Hills, which is blue on one side and white on the other.  It's not super snuggly, which is great for Sydney.

Here I am (apparently unhappily) showing the three different ways the collar can be worn.  In my version, which is a stiffish fabric, I can fold it over or stand it up if it's very cold.  I imagine I will wear it the expected way most often, which is shown here at bottom right. 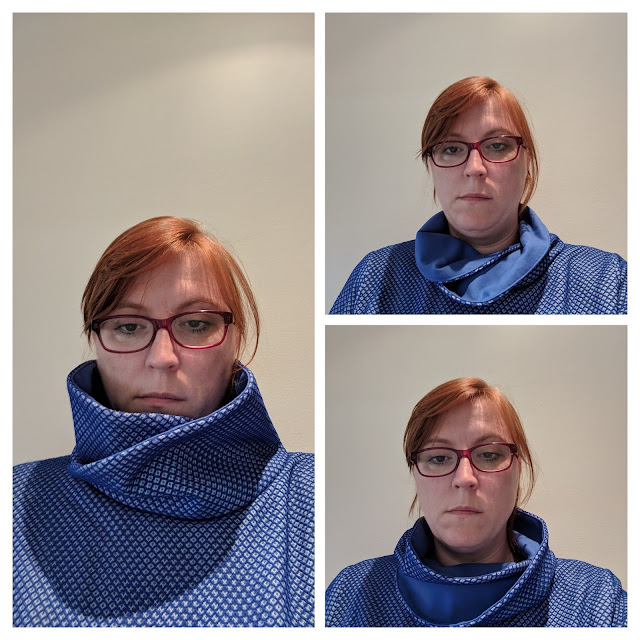 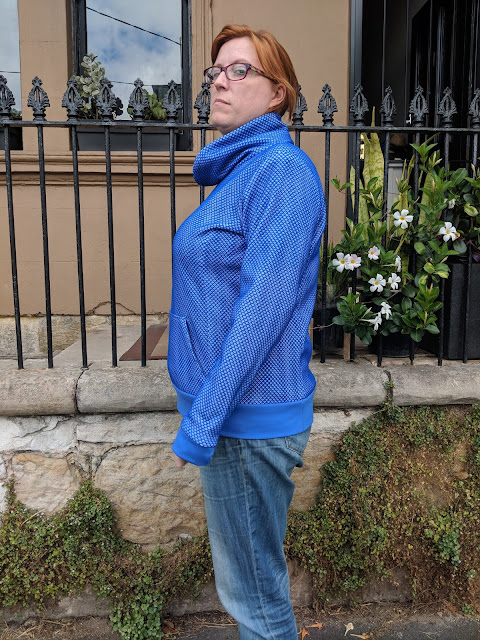 I did a smallish FBA on this version - I didn't on the previous version I made, but in the stiffer fabric I think it was warranted. 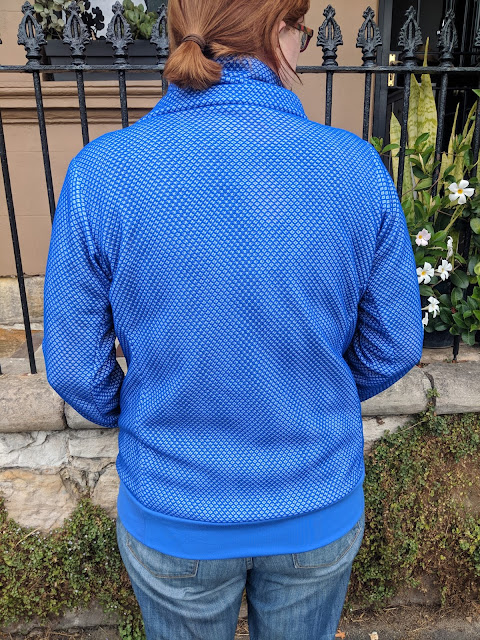 Very happy with the new addition collar and my new jumper.  I just need one with the hood now and I have the set!