Another birthday, another monster...

March 12, 2012
Following up from Harry's Monster and Mollie's Monster...it was recently Tobi's turn.  The kids in question are three from the same family, so obviously Tobes couldn't be left out!

Another from the same book - The Big Book of Knitted Monsters (bought by their mum who doesn't knit - how's that for a hint!): 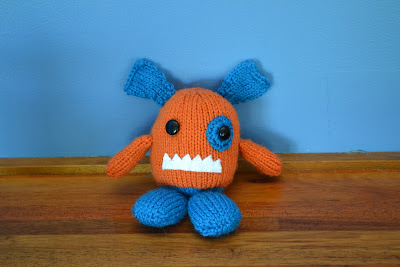 As before this pattern was easy to follow and to knit up.  I think the result it pretty cute (in a scary monster sort of a way...clearly!).  I used spotlight wool (Moda Vera pure new wool in orange and blue - as you can see).  The mouth is just felt cut into shape and stitched on.  The pattern calls for craft glue, though I just can't bring myself to do it for some reason. 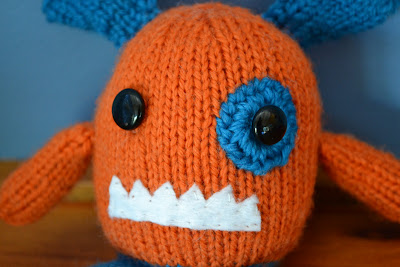 As with the others, I crocheted the eye patch rather than knitting (seemed a lot easier...).  The only issue I really had with this monster was how small he was, though to be fair, he is the size stated in the pattern (I just didn't read it!!).  He is tiny!  About 15cm tall or so, though that didn't seem to worry the lovely 4 year old (or 1 year old depending on your viewpoint, he is a February 29th baby...) at all.  It was lovely to see him pleased with his pressie and also to see his siblings run off to get their monsters too once he was unwrapped. 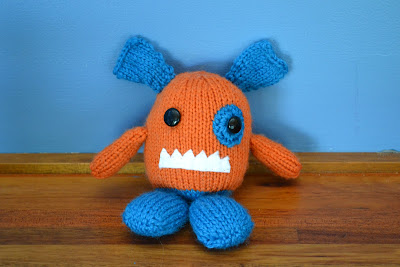 A nice quick knit and a super pressie for a small person :)