July 01, 2012
So last year's craft fair was interesting to me.  We made a trip (from down here in Tassie) to Melbourne, and I was interested in the craft fair itself.  I wanted to buy a jelly roll and also ended up with some screen printed (I think) linen and so on.  See the other post on what I wanted to buy and what I ended up doing with it / what I bought...

During that trip I also visited the store whose blog I happened to read.  A place called Tessuti fabrics.  At that point I didn't know much about much and just wanted to pop along to see if they were any good. This year, things were different.  With a cupboard embarrassingly full of quilting fabrics, I don't need or want any more of that action right now.  I lust after Lotta Jansdotter's Echo range, but I know by the time I got some and thought about it and made the quilt, the echo "thing" would be over.  I should have got them when I first saw them, but I didn't.  Meanwhile, after three quilts in two months over the Christmas period, I am over it for now.  I have a quilt plan in my head for a couple of special small people (not mine) and maybe am hatching another idea for us, but for now, it's all about the clothes.

So this trip to the Sydney craft fair, I wasn't sure what I would end up with.  From the fair itself, the answer is...not much: 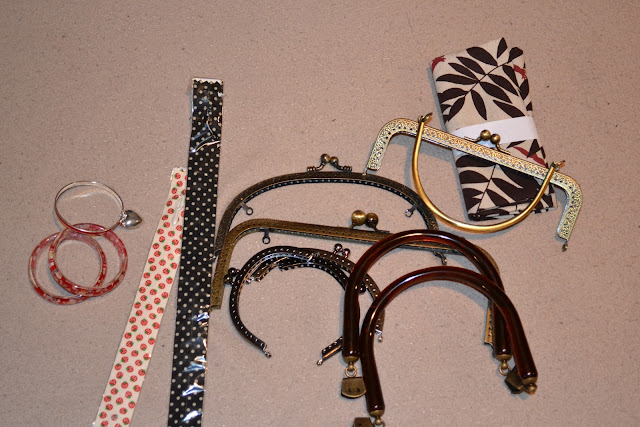 The vast majority of what I picked up wasn't even fabric, but was hardware (?notions?) for bag-making.  Ignoring the bracelets in this picture (from the Seed sale) the remainder is craft fair fare.  The bag frames were a $5 a piece quilt show special, and the handles were $10.  These things are sooooo expensive down here (I paid $16.95 in a local shop for the same thing from the SAME company recently) so I just grabbed heaps of them while I could.  The zips were a frivolous "no idea what I will do with these" buy, but again - we get precious little in the realm of interesting zips down here so I had to get in there while I had the chance! 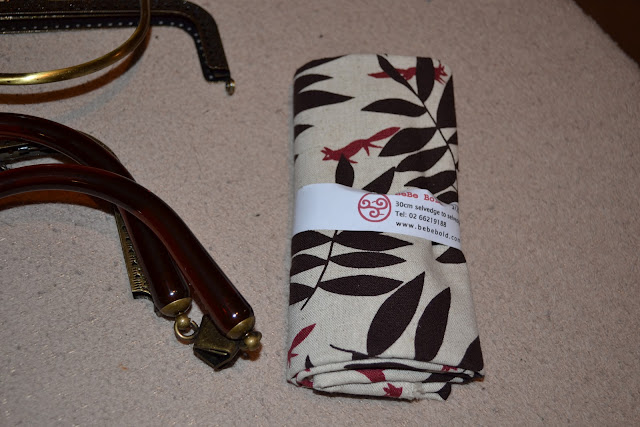 I bought this one lonely piece of fabric - so here is a much better picture of it.  I have no idea what I will do with this - but the foxes grabbed me and for some reason I couldn't put this down.

The other thing I bought was a strange bag kit.  Last year I bought some zpaghetti and made a bag from that, and I was very close to doing the same this year as I love that stuff.  However, I was going to come back to them (only because I didn't want to lug the stuff around) and suddenly I happened upon a Japanese stall with these Hiro Tatami rolls (no idea what it is) which is kind of like more pliable webbing stuff which comes in rolls (shown on the bottom left here - much depleted). 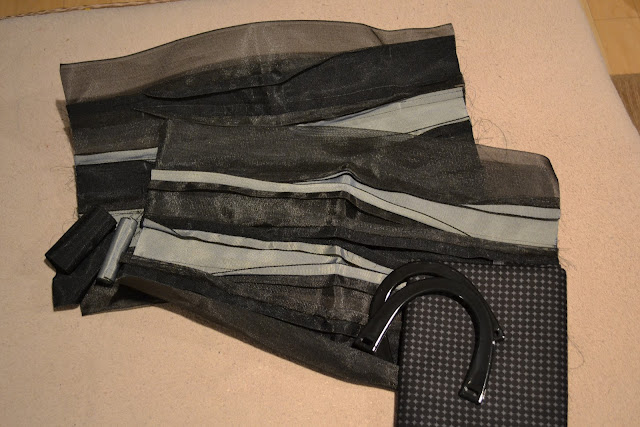 You sew this stuff together in strips with the seams on the outside and kind of twist and fold the seams to get a kind of funky different look.  I can't really explain this very well but I like it.  I am making a knitting bag - I bought their smallish messenger bag kit but am going freestyle to make a wider, shallower, deeper knitting bag with all sorts of coolness inside.  I hope.  Or I am going to make a total fuck up.  Not sure yet :)  The other fabric and handles were bought here since I got back and the fabric will be the lining.

So all that was left was a little triplet to Tessuti.  I could just live in that shop!  It's way too expensive for me to afford in normal life, but I didn't overspend at the craft fair and frankly...why come all this way and not look at the decent dressmaking fabric which we don't get?

From the remnants table - the first place I hit even despite the above sentence: 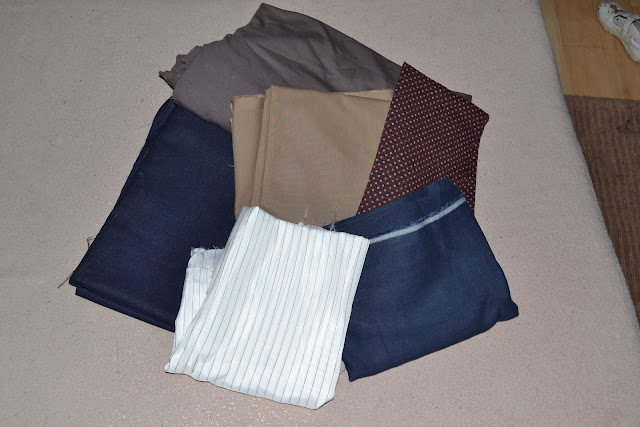 Going from far left in a circle we have:  heavy blue denim (about 2m), brownish stretch jersey (2.5m), cotton drill in beige (1.5m), cotton brown with pink spot, blue linen, striped lining fabric.  I can't remember all the prices and lengths, though they will come up when I post about using them.  All up I spent a little over $130, including the nice stuff below, so these were all pretty cheap - at least half price.  I have a plan for the beige drill, which will be pants for Marcus (growing like a weed), but will take my time with the remainder, and see what comes up...

And finally, the worst picture ever of the really good stuff: 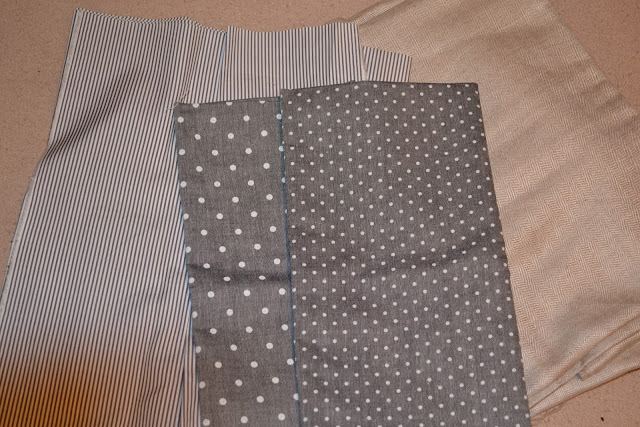 This really is a ghastly picture but I didn't seem capable of a better one.  The two grey spot linens will make a summer dress for Issy, and hopefully some funky trim or binding on something else too.  The stripe is a shirt cotton which is such good quality it feels like silk.  I didn't get much of this (it was $34/m) but it might also go with the spots, or be trim for something else.  I originally wanted to get in on the spots and stripes competition but then realised they want a standard size 10 garment - no point for me and my kid isn't that grown up yet so nevermind.   I don't have the time or dollars to make a garment no-one will wear for a competition I will likely never win.  I love the competition and the prize, but if I were allowed to make something I will fit into I would be seriously more likely to enter!

The other soft beige herringbone linen is for me!  I am going to make a pair of soft and casual-smart shorts (turn up, maybe button tab detail) for me for summer! Hurray for me!

All up a lovely trip, though I am surprised by the massive u-turn in my interests since last year.  Am really interested to find out what I want out of next year's trip!