Crafting with Thing One

July 08, 2012
We got Issy a pretendy sewing machine for her birthday.  Part of doing that was that I was going to be World's Greatest Mother and do lots of sewing with her - how idyllic?  Everyone and everything would be cooperative and shiny and lovely.

So at which point did I think that buying a craptacular pretendy toy sewing machine would be a good thing?  What I really wanted was this:

But I couldn't find anyone then who would ship here (though excitingly I just did!).  What I ended buying as a stop gap was this: 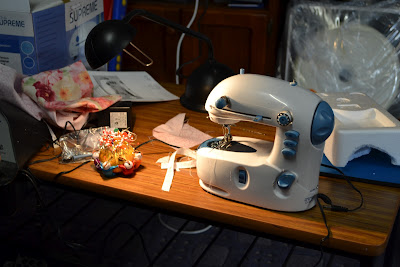 Which is just awful.  It's kind of cool, in that it works off two bobbins, it has a light, a variable stitch length, forward and reverse and slow/fast mode.  Except that it's not cool.  Because I use a Bernina.  And it spoiled me for everything that isn't the world's greatest sewing ever.

Ignoring the above, what was super cool was how excited she was to do this with me.  She did some cutting out (with The Good Scissors): 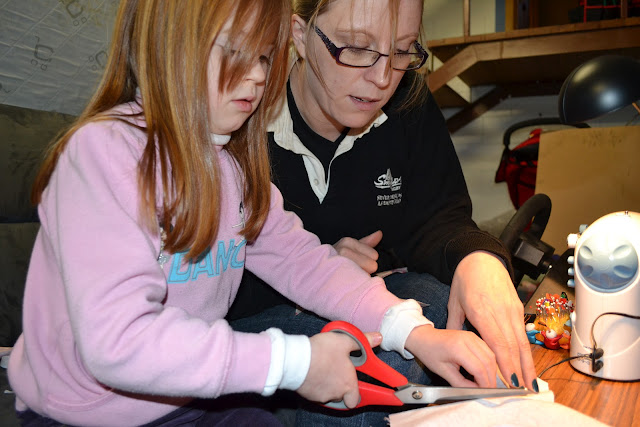 And some actual sewing, though she liked doing the pedal operation and keeping her fingers away from the needle.  I may have been over zealous in my warnings regarding the ferocity of the needle :) 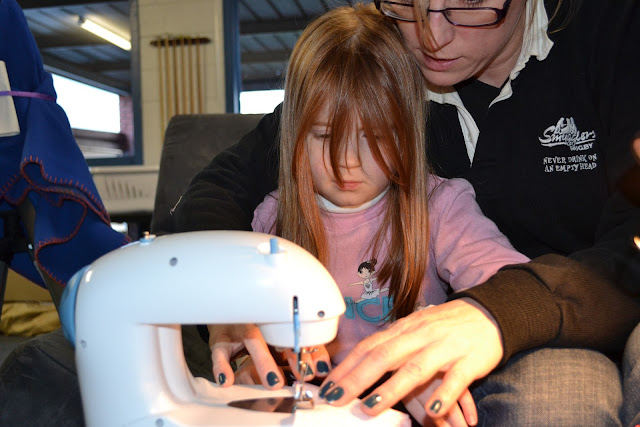 What really impressed me was how strong an idea she had about what she wanted.  I wanted to make a reversible skirt with one of the (hideous) prints she chose on one side, and the other (marginally less hideous) on the other.  She had other ideas.  She didn't care about reversibility, but wanted a pieced skirt with one print on top and the other for the lower half of the skirt.  She was disarmingly forthright about showing me with large gesticulations how things should, and shouldn't be.


And we ended up with this: 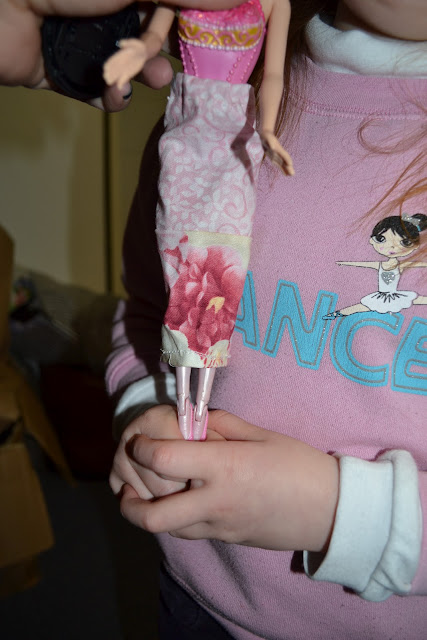