The loveliness of sewing machines

July 21, 2012
I suddenly find myself as the owner of four sewing machines (and an overlocker).

I don't know how that happened but I am extremely lucky that three of them were gifts and the fourth was second hand.  I recently took the three (non-electronic) to a local guy who services them and he gave me lots of information about the older machines - I was surprised how old they are.

Having them all out made me think that a sewing machine tour was in order, so here they are: 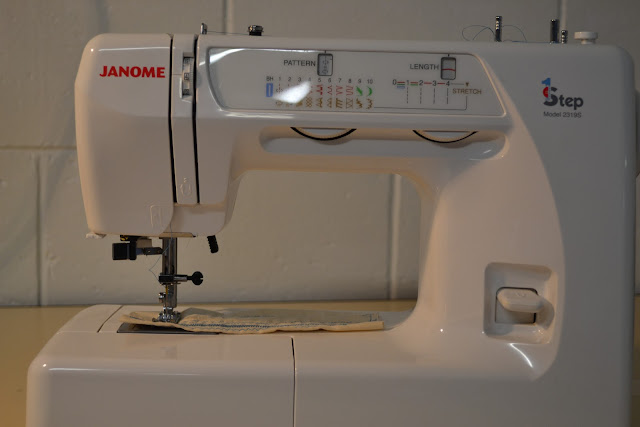 This was given to me by my mother-in-law when I first started sewing.  She didn't use it anymore and I must have whined sufficiently about the logistics of sharing my mum's machine.  I haven't used this since I got the Bernina, but am planning to use it with Issy instead of the world's worst "toy" type machine.  I really want to get her the Janome Hello Kitty machine mentioned in that post, but it seems extravagant when I already have this basic Janome sitting there doing nothing.  Plus this way I don't have to wait until Christmas to do some more sewing with her :)

Next is my baby:

I bought this second hand from someone who had been cleaning out their mother-in-laws house.  It came with no accessories box (and therefore only the 0 foot) which meant it was really cheap.  I have just bought the feet I want over time, as I needed them.  I LOVE THIS MACHINE.  It is the best thing ever and it will be hard to ever use anything else.


My next machine is one I am going to try and start using much more: 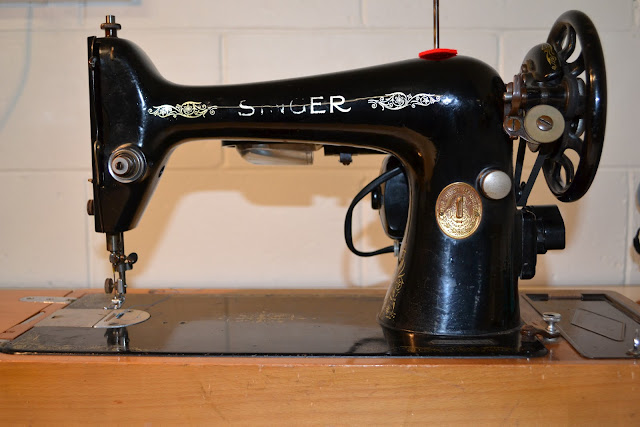 This was given to me by my mum, who bought it second hand a long time ago.  She hasn't used it much recently and has a Bernina for normal sewing so she thought I might like it (no shit!!).  The sewing machine guy looked up the serial number and apparently this is a 1927 or 1928 model.  I was gobsmacked - I didn't realise it was so old.


Apparently because these don't do zig-zag, they sew straight fantastically well, particularly in the realm of heavier duty sewing.  I don't have a treadle table for it (yet...on the hunt!) but this has been retrofitted for electricity so am ready to rock.  I know that machines need to be used to keep them in good working order, so another resolution is to make sure all these three get a good run every now and again.


Finally, the only machine which isn't really in working order.  The guy said it will run, but only slowly.  There is apparently too much "play in the shuttle" for it to really work again properly. 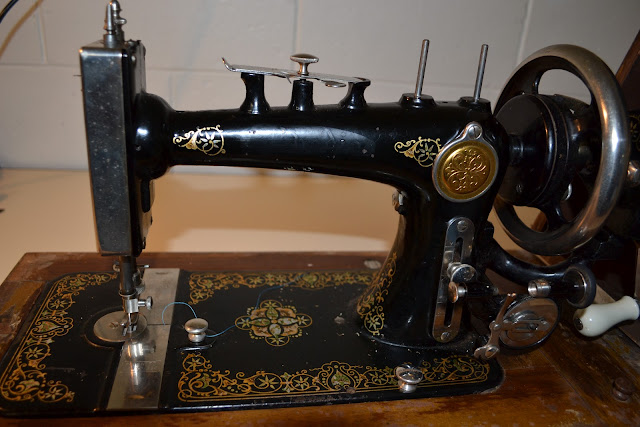 This is a Davis machine and it is just so beautiful.  He thinks it is very old (Davis went bust in 1924 and weren't making heaps of machines in the period before that as they had mainly switched to bicycle production). He think it is a collectible antique, being so old, and while it doesn't work; it is well preserved I think. Check out the lovely case:

This machine is just beautiful to look at and have around really.  Eventually I would like my sewing room to be smick enough to have this out on display somehow, but for now I will stow it away and oggle it every now and again! 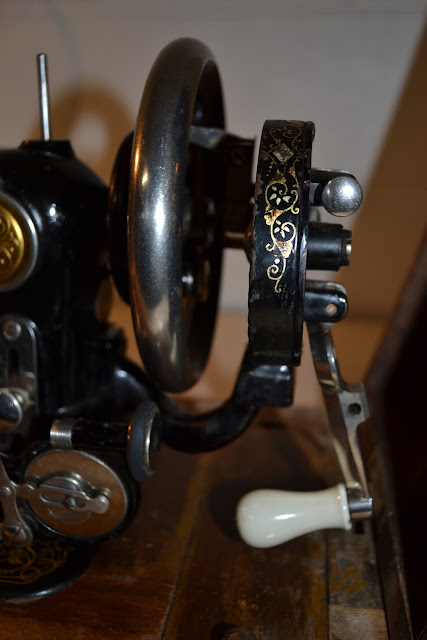