Let's Hear It For The Girls! My first FBA...

Not the small people girls, but The Girls, girls!

Or really; let's not hear it for The Girls because frankly, they make my life harder.  They don't fit into most fitted shirts or dresses.  Those they do fit into, while still fitting my waist, look a bit obscene.  Buying a bra means I have to remortgage the house.  In short, big boobies are a PAIN (in the back). 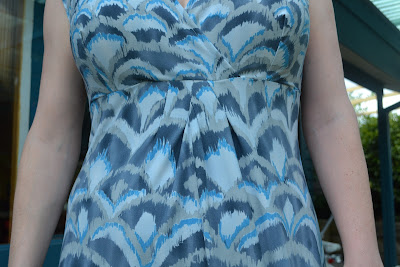 However.  The older I get, the happier I am with my body.  The Girls have seen me through thick and thin (some might say, mostly thick).  The Girls fed my babies.  Until my husband met me, he wasn't really a big boob kind of guy (am just assuming he is now hahaha!).  If there's a thing that I manage to pull off, it's being bigger in many ways (I am at least 6 foot tall, have size 11 feet and frankly, am kind of forceful of personality...) and The Girls are all part of that.

So what is a girl with Girls to do?  I can do what I have always done; buy whatever fits me (and sadly, sometimes things that don't but that I reeeeeally reeeally want to) and get by.  Or maybe;  I could make things for me.  Fitted for me.  Tailored for me.

To do this implies a lot.  It implies that I have the skills.  I think I do, but it's a scary assumption without any real doing yet.  It implies that things I make will look nicer if I fit them to me.  I hope so.  It implies I am worth the time and the effort and the fabric.  It changes (or will change) the way I sew.  I don't really make muslins or fit stuff properly because cutting and stitching is scary fabric carnage which can't just be thrown away.  Actually on that subject, I still plan to make wearable muslins because I am so time poor that I just can't bring myself to sew fully throw-away garments.


Step One:  Deciding to do an FBA

This was my biggest leap, mentally.  Not because I didn't think I needed one, but because I didn't know where to start.  In fact, I was making a stretch fabric top (the much celebrated Renfrew from Sewaholic patterns) and I didn't even know if an FBA was a thing you did for stretch tops.  *Hangs head in shame*.  Google confirmed it was, and I set to work working out what to do.

The Renfrew is NOT my shape, according to the measurements.  The size 16 was too small in the bust (by several inches), OK for the waist and way way way too large for the hips (like 6 inches too large!).   So what size do I cut?  If the pattern went to larger sizes my problem would have been even worse (by the time we reached my bust size the hips would have been nearly 10 inches out, assuming consistent scaling).  However, various tutorials mentioned to aim for the size closest to your high bust measurement when doing an FBA.  So if my high bust is 40, that puts me squarely in between size 14 and a size 16.  Given the waist was OK at size 16, I cut a size 16 with an FBA and planned to do some grading down in the hip area.

Step Two:  Cutting out the pattern

This isn't really hard...but here it is:

I hadn't even thought about this bit until I traced the pattern and it had the usual "lengthen or shorten here" marks!  I am tall but most of the unusual length appears to be in the legs, so I am not going to add any length to this one.  The stated 25.5 inches comes from the back of my neck to well down on my hips (where the front of my hip bones sit I guess), which seems like enough.  If it isn't, I could add length to the waistband piece which will hopefully look OK slightly longer.

Step Four:  Alter the pattern for the hips

As noted above, the hip measurement for the size 16 is 47 inches, which is substantially larger than my hips. They are apparently still a bit smaller than a size 12 (43 inches) according to the measurement given (seems decidedly unlikely).  However the pattern finish size for the hem (which is going to sit roughly around my hips) is 45 inches for the size 16 and 43 inches for the size 14.  Am guessing the extra bulk of the folded hem makes this area firmer and smaller than you might otherwise expect.  So for caution's sake, I planned to grade down only to the size 14, with the caveat that I might just take a bit more out when sewing it if I try it on and it's swimming around me. 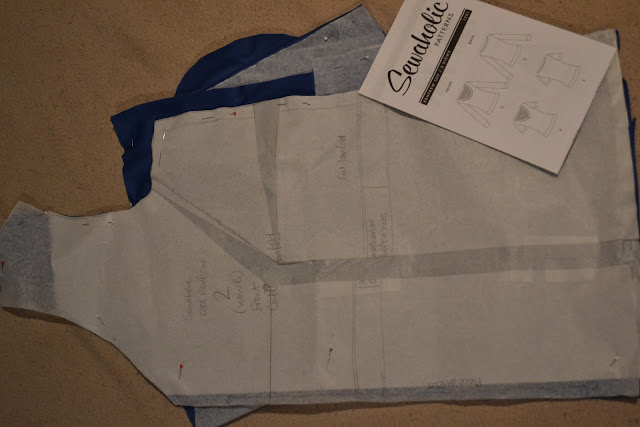 I Used Other People's Tutorials for Actually Doing The FBA:

Sew L.A.  - probably my favourite tutorial, though there are many, and I checked many out before I cut up the pattern.  Steps you through this super well, with clear pictures and details.   I had planned to doco what I did, but frankly this is pretty much what I followed and these are the results:

I found this to be, super easy. 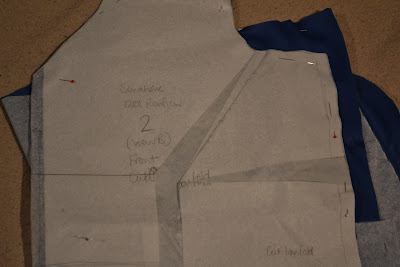 The Only Other Things:

Aside from the booby inclusion, there are other things that need to be thought through.  The changes to the pattern will affect the length at some places (which I chose to ignore / remove), but which might be worth keeping and including in the other pieces if you are long in the body.  There are multiple tutorials which include doing this for patterns with bust darts and similar, which are very necessary if the original pattern has more structured accommodation for the laydeez.

The Other, Other Things:

Also, for those of you who wondered why I was a bit quiet in the last few weeks... 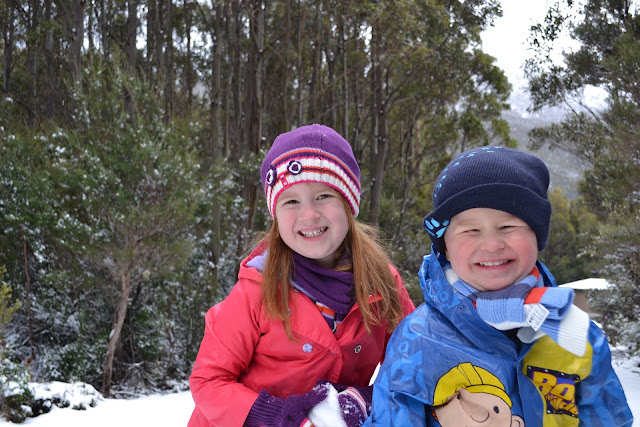 It snowed!  (up the mountain).  I had to go play in it with my Australian babies, who won't see as much of this stuff as I have :)