I decided to blog about each day on the day after (as I tend to sew at night and might not have the energy left to blog once I finish up sewing!).  Day One's focus was mostly preparation, in the form of sorting out, cutting out and just a teensy bit of sewing.

Firstly, I went into the dining room and realised I had some preparation to do so the decks were vaguely clear :) 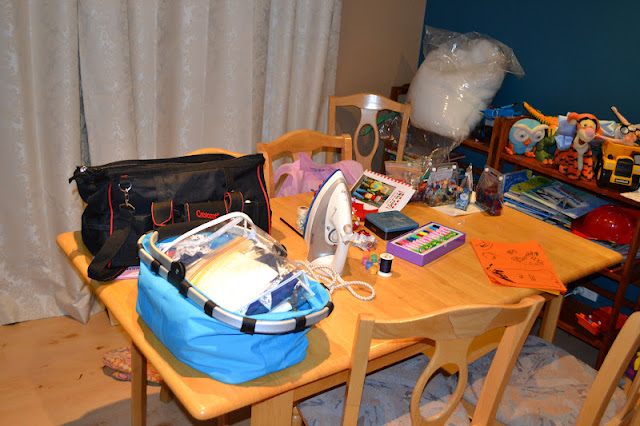 So I did a bit of clearing and piling.  The two chairs hold lots of bags with ongoing projects in them... 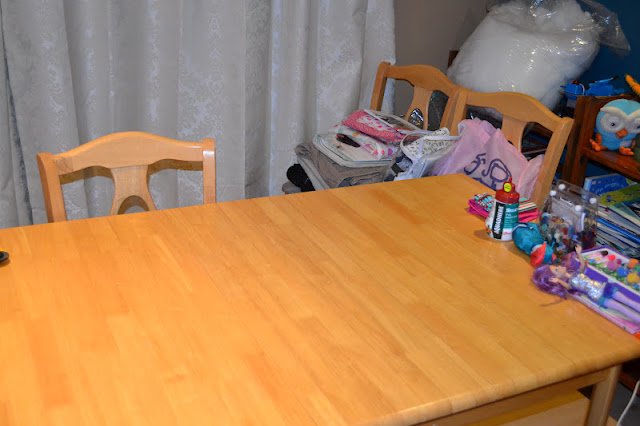 Then I started cutting out the Emmaline Dress from Violette Field Threads.  At least that's what it's supposed to be called, but after the fabulous Ellieboo invited me to join her in a two woman sew-a-long, we started referring to it as the "Frothy Dress"; as it shall henceforth be known!


It is a lovely frothy creation of girly lovliness :)  My small person was super pleased when I asked her if she wanted me to make it for her!  I love it in this chevron fabric.

On the first KCWC evening I got it cut out: 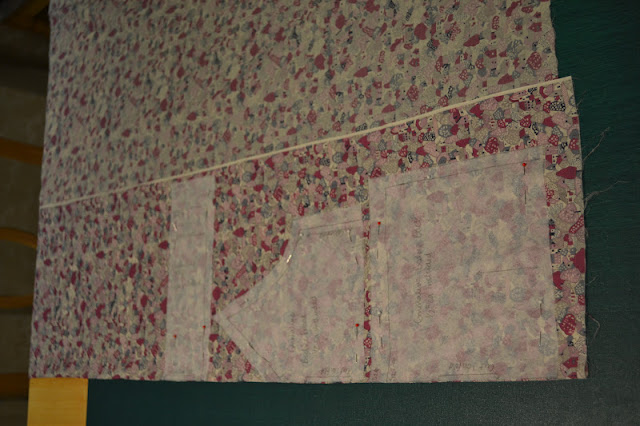 And I did modify the cutting layout.  The pattern wanted me to use both sides of the fabric folded into the centre, but I prefer only using the bare minimum so I just folded one side in enough to accommodate the first three pieces that need to be cut on the fold, as below. 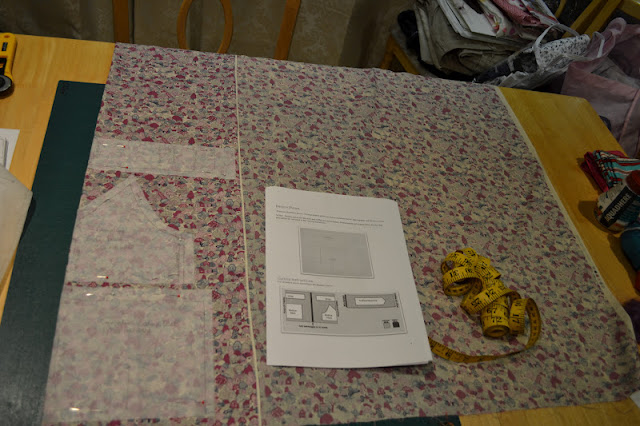 I also cut and made some bias strips: 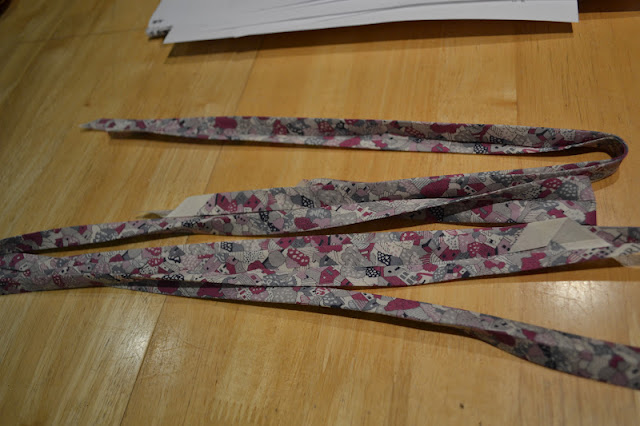 And sewed two of those strips to the armhole part of the main bodice front piece: 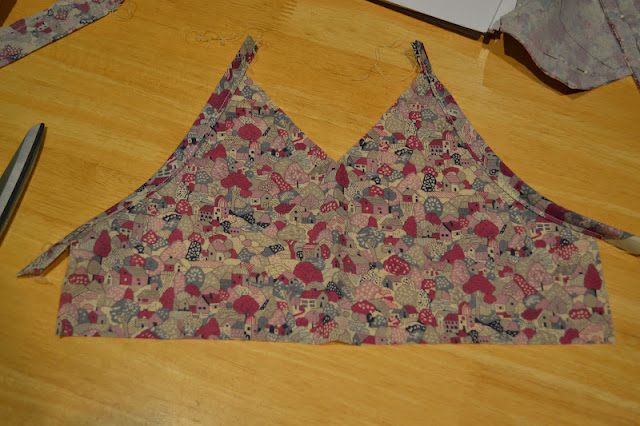 I also made the straps: 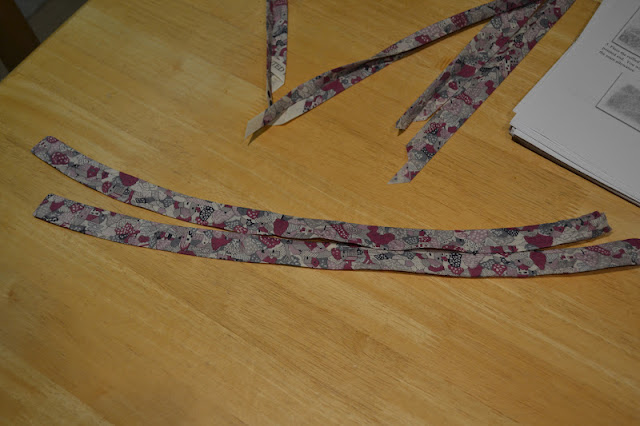 And under the new organisey regime, I laid it all out ready for tomorrow :) 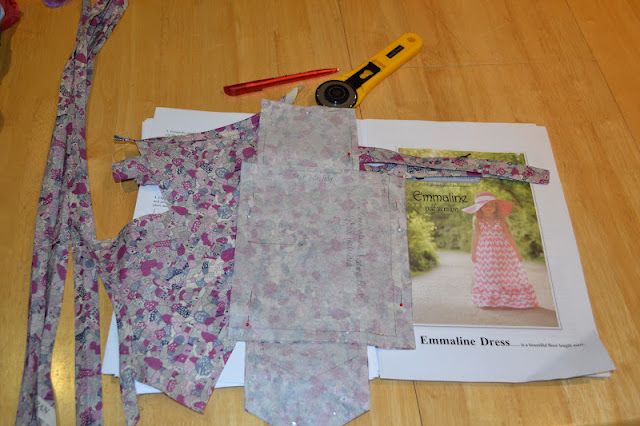 Then, as my husband couldn't wait to watch the new Dexter episode, I moved into the other room and did some more cutting out for the Treasure Pocket pants from Sewing for boys.  I plan to make these as shorts for Marcus. 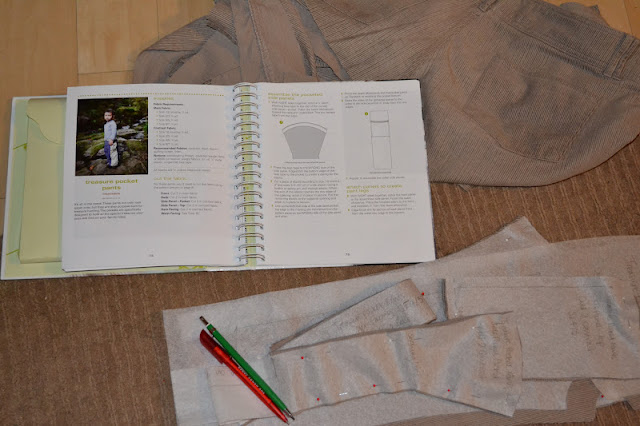 I used an old and rather ridiculously too large pair of trousers which have been sitting in the pile of clothes to use up making things for a while.  The remnants are shown under the book.  I will hopefully do the same tomorrow with a pair of black cords I have lurking around for Marcus' friend Noah :)

Phew!  All that in somewhat more than an hour...more frothy goodness tomorrow!