April 27, 2013
A little behind on the blogging but I have been sewing sewing sewing (with a little knitting thrown in for good measure).

A Heidi and Finn Cowl Neck Dress...without the cowl: 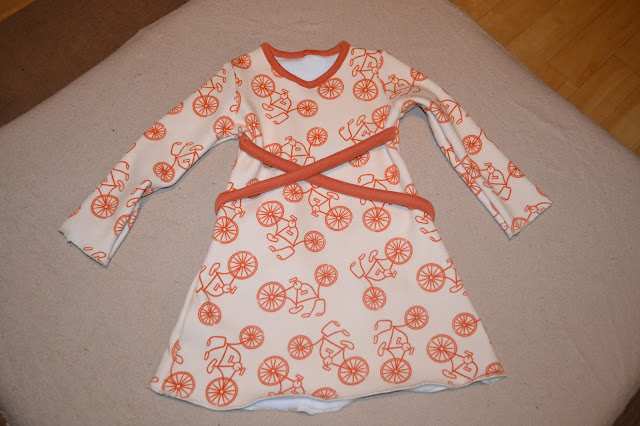 The little girl who I made this for *hates* wearing dresses and wants to only wear boys clothes.  Am hoping a plainish, non-pink, snuggly "tunic" might be the ticket.  I plan to make some leggings for underneath out of the same burnt orange jersey.

I left off the cowl as I thought it might be too dressy and fussy - instead I used the bound neckline option (like the Flashback Skinny Tee, option 2). 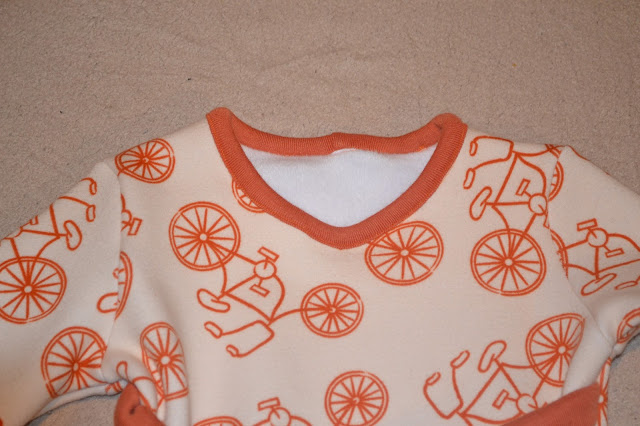 That bicycles dress was the leftovers from Marcus' hoodie (shown below).  I often end up buying too much but this time I am pleased I did!  I didn't realise I would get a hoodie for him and a dress for someone else...

Then...I made another out of the leftovers from Issy's hoodie (not yet finished).  This one is for another friend's daughter who loves dresses, but not stuff around her neck (apparently I know some picky kids!).  I love the simplicity of this dress anyway... 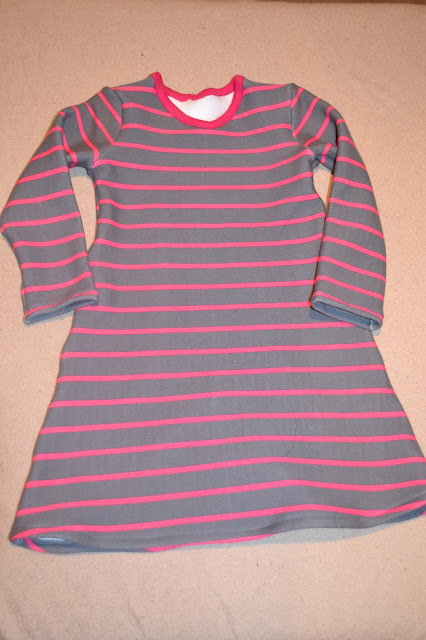 I toyed with idea of making a belt like this (well actually I just about fully made the belt then decided against it).  I like the look but I think it would be a lot cleaner looking if I had made it as a faux belt attached to the dress all the way around, rather than as an actual belt. 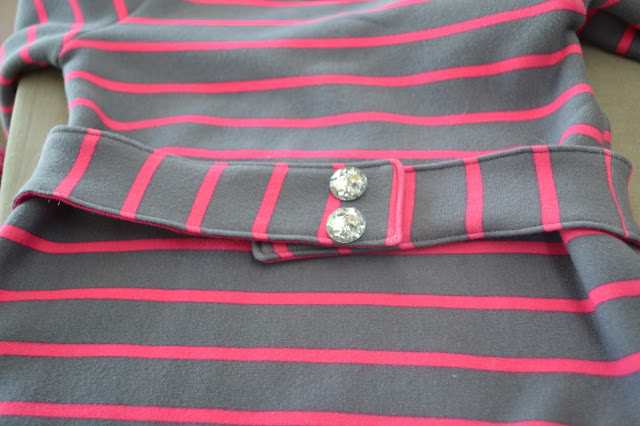 I tried this on a similar sized model (not the recipient) and think it might be a little long, but will tell her mum just to bring it over and we can adjust it quickly if so. 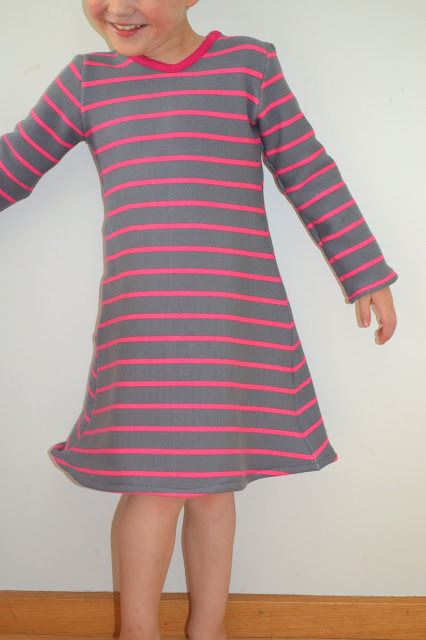 There is something odd going on with the hem here, I think it's because the mystery model is twirling...

I also finished off the hoodie I blogged on day one, for Marcus: 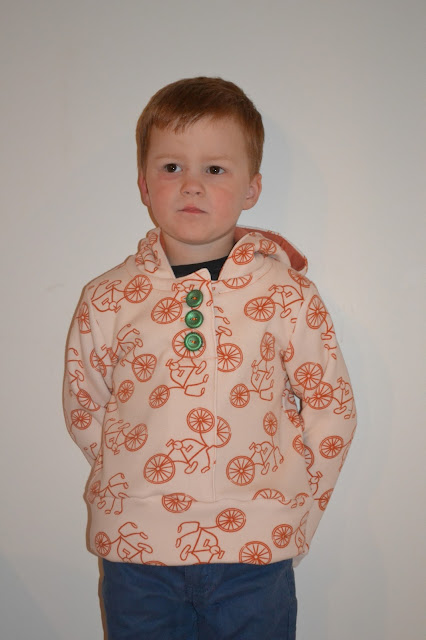 This is what happens when you ask him to model while the Octonauts is on... 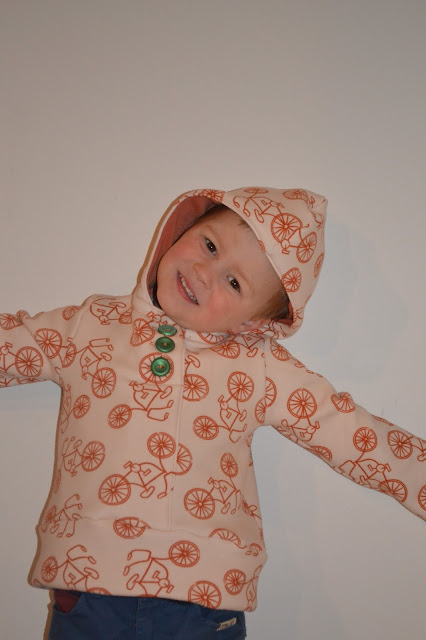 He does actually like it and it looks great.  I love the burnt orange contrast lining/facing.  My adjustment to not fully line it worked fairly well, and the buttons make it look super cool.

Plus I have started sewing Issy's hoodie, cut out a Flashback Skinny Tee for them both and have plans for a Go To Signature dress as a nightie for Issy's birthday. 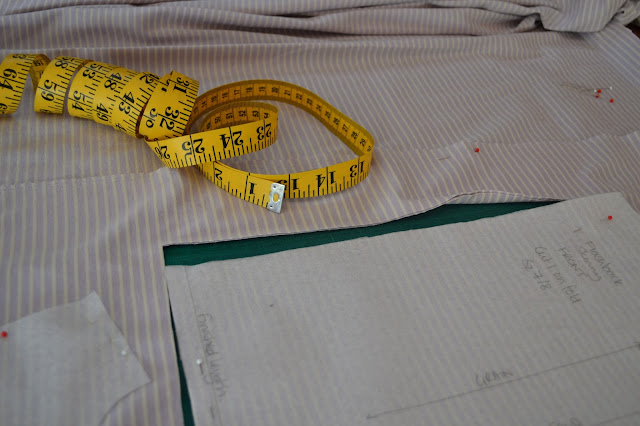 I should mention at this stage that I plan to extend KCW to be KCF (Kids Clothes Fortnight) as my husband is still away and my bloggy mate Amanda from Ellieboo has been away this week.  Assuming she isn't pooped from her holiday, we are having our own KCW next week.  Hurrah for sewing!!