Sew Sweetness Park West Bag - or my most growned up-ist bag ever!

October 13, 2013
I recently had the chance to pattern test the Park West bag from Sew Sweetness (coming soon!)

Like all of Sara's bag patterns this one is well designed and a great looking result.  Her bag patterns have been raising my standards and techniques with each one I get to test, and this one was no exception.

I decided to step it up a notch in this one and take the gamble on making it mostly (for the exterior) out of leather!  I have always wanted to work with leather and am well aware that two of my machines (1927 Singer and Bernina 1130) would have no issues sewing it.  I wanted to replace my main black "work handbag" as it is looking tired and the clasp doesn't shut anymore.  So naturally I went into Country Leather in Elizabeth street and found an amazing, soft, printed leather in brown tones...no black bag for me this time!


Both my machines did super well with the leather and other fabrics and here is the result.  I am in love :) 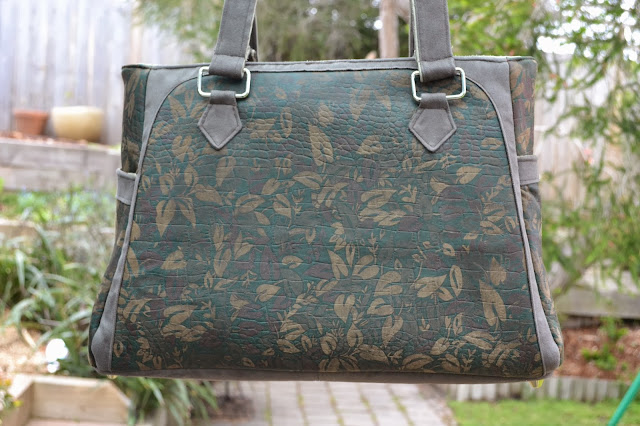 I used the leather for the main exterior panels, an upholstery remnant for the accent pieces, base and inside.  I went with the optional purse feet and did my own thing for the straps, which was a mistake as they ended up bulkier than they would have been otherwise which caused me problems all of my own making when attaching them (FFS..will I never learn!). 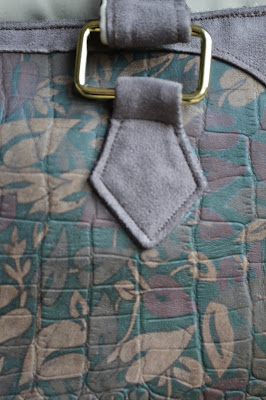 This was the first time I have done what I was told in the pattern and ordered By Annie's Soft and Stable to use as a stabiliser.  Previously I have used some fusible fleece or wadding - and I noticed a distinct floppiness in my Aragon bag which is annoying me.  I know why now!  I think for this leather one it would have held itself up fairly well anyhow, but even so I am glad I used it for this bag. It's such a great product (no I have not received any incentive to say this, though free Soft and Stable is now something I would sell myself for!! hahahaha) - I have used Peltex 70 a lot in bags and thought that was the schizzle, but this is better as it doesn't hold a crease like Peltex (which still has it's uses mind...).  As I live in Australia I ordered mine from here - it came pretty quickly (3-4 days) which is as good as it gets down to Tassie. 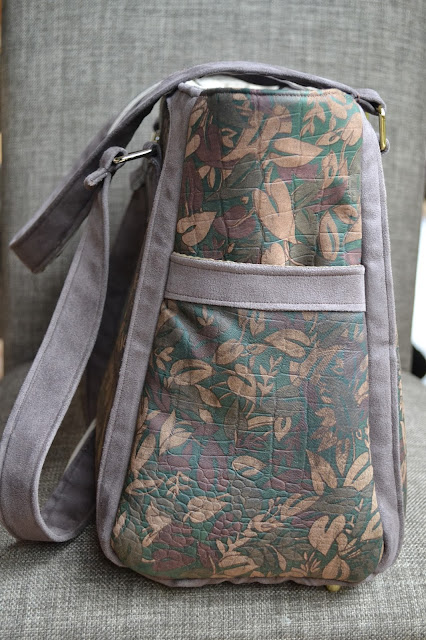 Overall this pattern is great.  The bag is a nice size and I love the recessed zipper 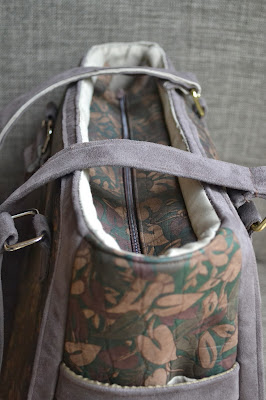 Now back to sewing stuff for the school fair...sigh!