January 10, 2014
So from this point on, I will be calling it January 2014 KCW and NOT winter 2014.  While the Tasmanian weather has being doing it's best to convince us all it isn't summer, it has finally relented this week and we are getting some summery action!

Having said all that, I have a single, rather wintery mission for this KCW.  I am going to make Issy a raincoat.  I will finally get around to using this fabric I got from the Kelani Fabrics bargain bin at the Melbourne Craft Fair last year:

It is a lovely laminate in a soft grey (I think it looks more brown and darker than it really is in this picture) and should make a very stylish raincoat!

I will be using the Oliver+S Schools Days Coat Pattern which I have a paper copy of (I think it's now only available digitally).  I have already made this coat once, which was this version: 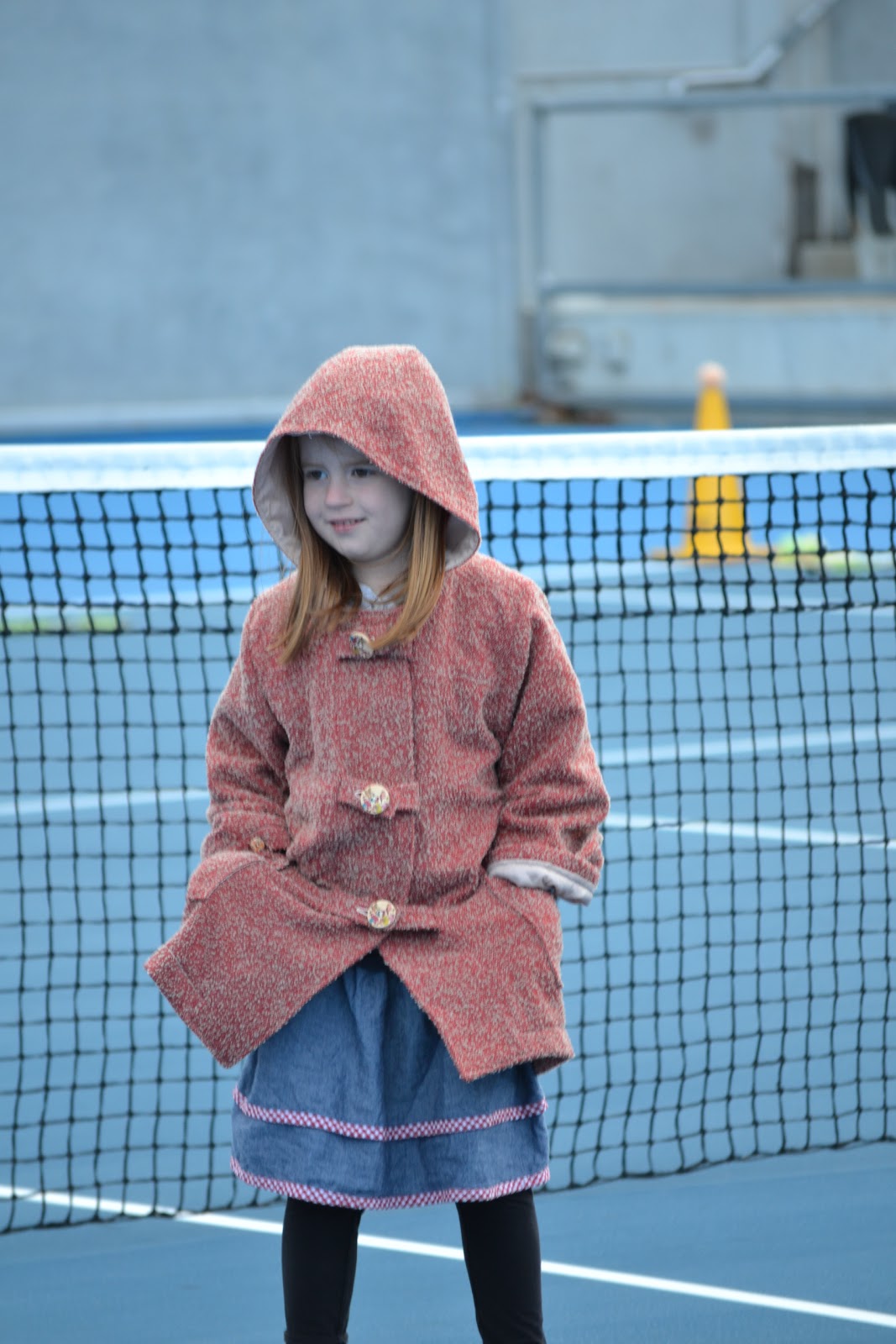 As you can see it was rather large when I made it, and in fact this still fits perfectly now.  I will put it on her again before I cut into the fabric to make sure.  I am thinking maybe only a slight sleeve or length adjustment might do, as she really hasn't grown in width at all, even though this was nearly two years ago.

I am heading off to beautiful Bruny Island for the Australia Day weekend and coming back on the first day of KCW so I hope to do a lot of prep before then to make sure I am ready to rock.  I will try the coat on her, check the sizing one more time and then dig out the pattern (hopefully it's already traced from last time!).  I will cut everything out, make sure I have thread and notions etc.  There is a detachable quilted lining which might be handy for really cold and wet days, though to be honest we don't have a whole heap of those down here so am not sure if I will bother with making that (I didn't last time as the main shell was wool anyway).

My only question for anyone is - do I line a raincoat?  I think I will as it's going to be a longer lasting, less novelty character kind of thing.  Marcus has a Spiderman one which isn't lined (I didn't make that...) and I kind of shudder every time he puts it on :)

Am quite excited for KCW with a single, dedicated mission.  Usually I flail about a bit and end up feeling like I made way less than I *should* have.  Quality not quantity this time!  What are you making?  Are you going for lots of items or just one or two?