Buying no clothes FOR A WHOLE YEAR! And my first make of 2018 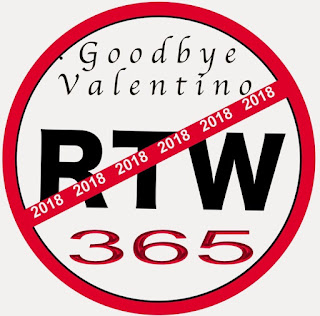 I have signed up for the 2018 Goodbye Valentino Ready to Wear Fast - which means I won't be buying any clothes (shoes, accessories and underwear are excepted) for The. Whole. Year.

I know that for lots of people this would be easy, but I don't churn out the makes like some.  With two small kids and a demanding job...this could be crazy!  Or it might be the best thing I have ever done.  Let's go with that :)

Meanwhile, the first make of 2018 is hot off the machine.  It's the StyleArc Billie Top (out of print but available still as a PDF). Unfortunately, I don't really like it. 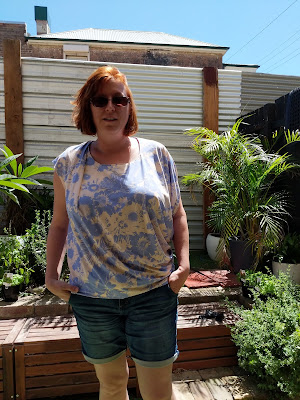 It's sort of a muslin anyway, but the fabric is all wrong and as a result, it just looks a bit messy and not that flattering.  Frankly, I have looked at this fabric ever since I bought it and wondered why I purchased it - totally not my style at all!

I made this top because of Allison C's version(s) which she posted a bit over a year ago here:  http://allisoncsewinggallery.blogspot.com.au/2016/.  I loved her sequin version.

I do like the drape around the left arm: 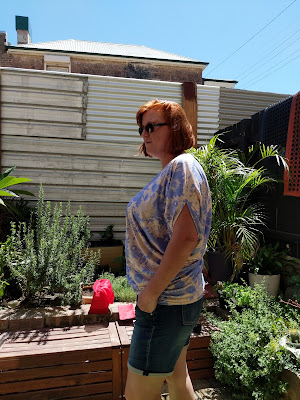 Compared with the asymmetry of the right arm: 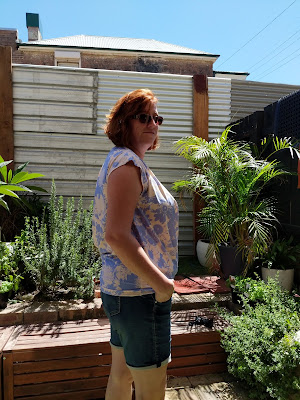 And it's quite comfortable to wear. 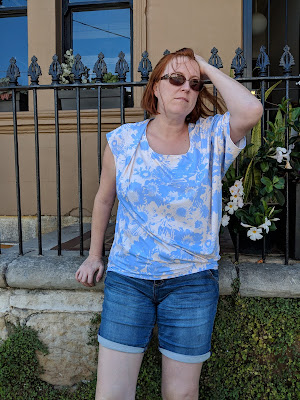 But it's driving me nuts every time I put it on.  Allison C noted the very different effect she found in the two tops she made - not just from the fabric pattern but also from the weight of the drape.  I think my fabric is a bit too spongy (if that makes sense) and it ends up looking like unintentional drape rather than deliberate.

Plus the facing drives me totally nuts.  I should have paid more attention to the post that inspired me to make this top and picked up that she made it with self binding instead of the facing.  It flips out constantly and it super annoying.

I'll leave you with some excellent (not!) pictures of me trying to battle the wind... 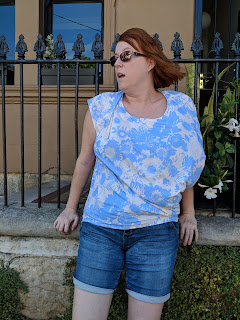 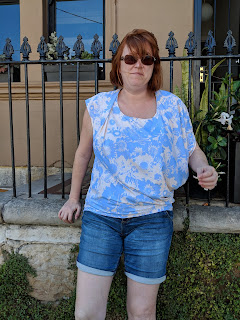