December 10, 2015
I was recently very lucky to be chosen to be one of the testers for Baste and Gather’s Birkin Flares!  I was very excited to be chosen, as I have been waiting (as many have) for the reign of the skinny jean to end, so I could re-embrace the boot cut and the flare J 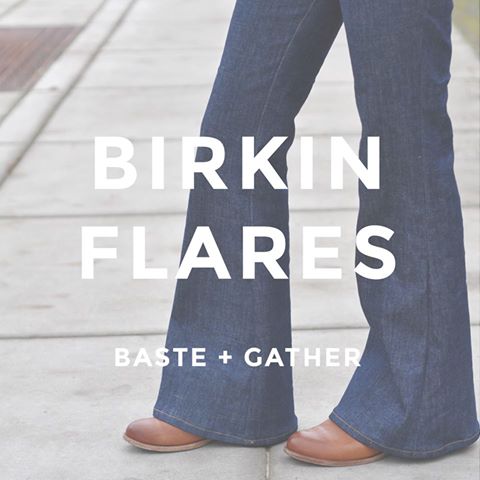 The Birkin Flares were released this week, and I can safely say that so far, I haven’t seen an unflattering version.  The tester group had all sorts of body types accounted for and everyone looks smoking in these!  Here are my version: 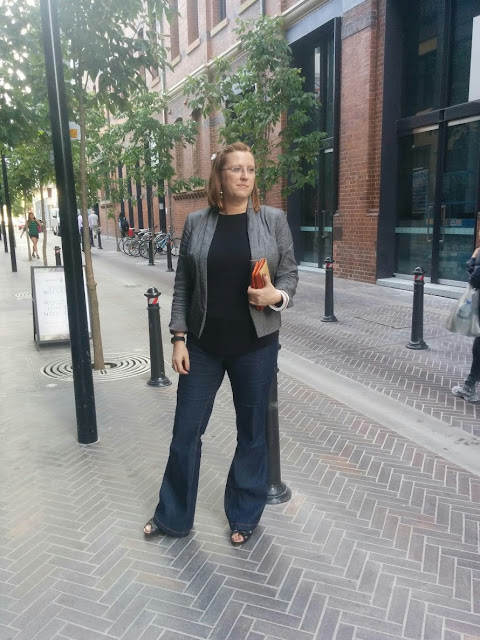 I made these in a fairly firm denim from Lincraft, with some stretch.  I used orange top stitching thread and went the whole hog with rivets, proper jeans hardware, and leather tag (these are all part of the pattern detailing). 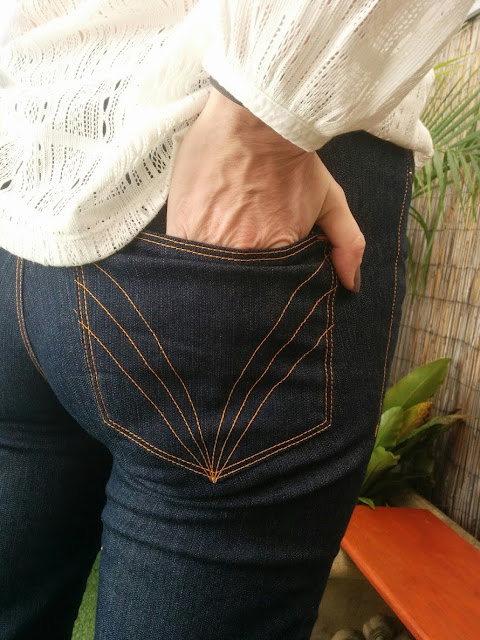 For my version I lengthened them considerably – both for additional leg length (I am 6 foot tall), but also to create a deeper hem at the bottom, which feels more retro.  I actually wish I had made it even deeper.  I also did a large waist adjustment (there isn’t a nice way to say that one…) following the tutorial on Colette Patterns blog. 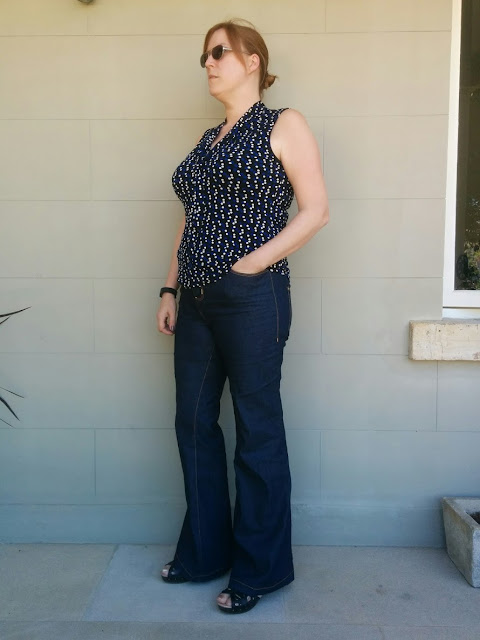 The instructions were clear and there are plenty of helpful diagrams to assist.  I know a lot of feedback went into these, so the pattern has had a lot of refinement and the few issues I encountered have been addressed, so I won’t go into that here.  I do have an issue with the fit – mostly because I didn’t trust my first try on (they felt very tight and stiff) and made them slightly looser than they should be.  Stretch jeans needs to be pretty damn firm when you first put them on, as they will relax over time.  These pictures are mostly after 2-3 wearings, so they have relaxed significantly, but I still think the fit is pretty good. 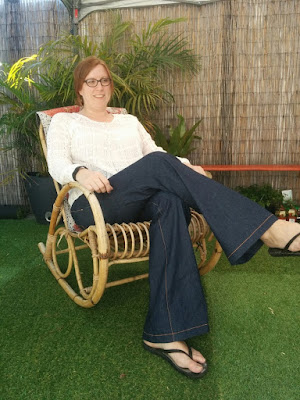 I really love these all up.  I already wore them to a dinner out, my husband’s Christmas party and a BBQ, some dressed up and others much more relaxed.  I feel like flares with heels and a slinky top is totally the epitome of chic, while with sandals and a t-shirt they are the essence of relaxed.   Awesome. 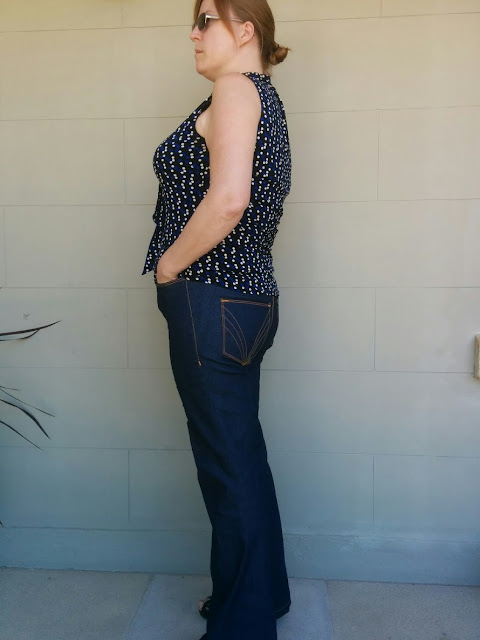 Plus – this fulfils my resolution to make jeans!  I did have some ginger aspirations, but have put them on to the wait list until my cone mills denim order arrives (yay, yay and thrice yay!).  Meanwhile I have some grey coated denim from Tessuti which might need to become a wide legged cropped culottes version of the Birkin – all in favour say aye! 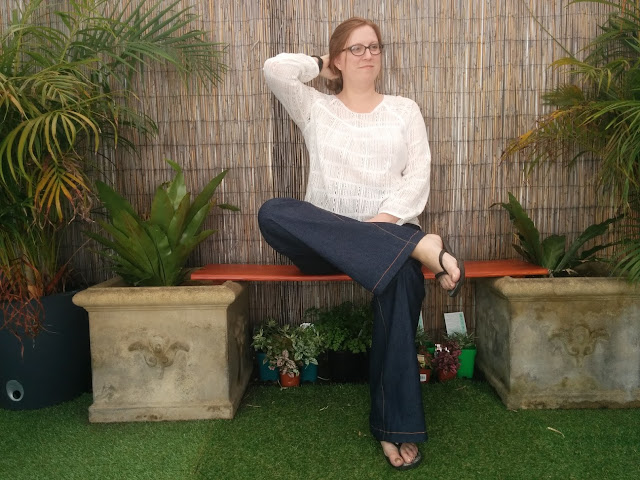 All up – great pattern, very helpfully written with additional tutorials and options.  A much quicker sew than I expected and also easier to achieve what I think is a fully RTW output!  There are also tips on distressing if you want to step it up to designer – I am still considering whether I do that to this pair or seek out some lighter denim… 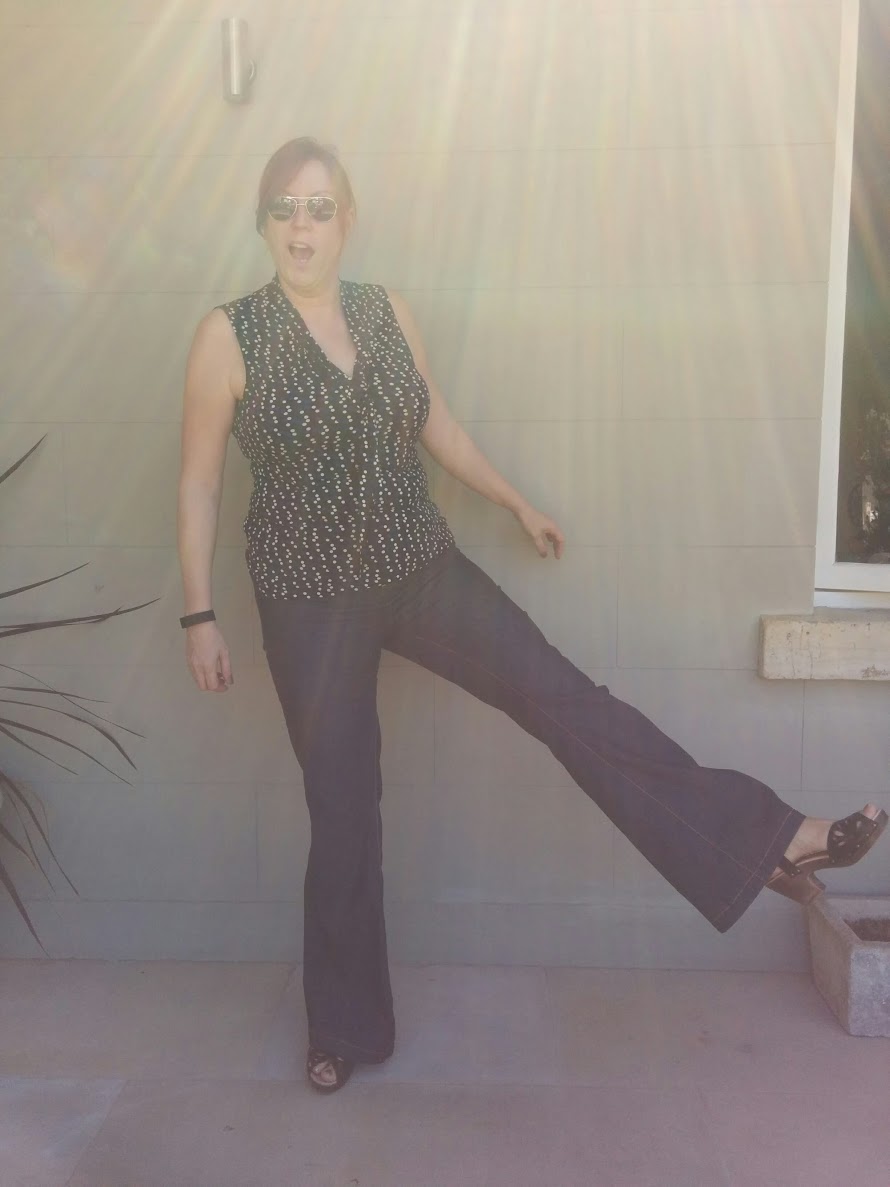