September 28, 2014
Yes I know, Book Week was a while ago.  I am not really keeping up with things so much at the moment, but then I did move state, house and job in July...I think I get to be a bit slack!

Someone at my old work in Tassie gave me this amazing dress.  It was a strapless (with boning), shiny turquoise number, with a ruffly frill thing down the side of the skirt.  Apparently, she used to wear it back in the day :)

I have had it in the dress up box for ages (that's why she gave it to me...!) but it falls off Issy still, so we decided to make it into a book week costume instead.

Another crappy phone picture is below: 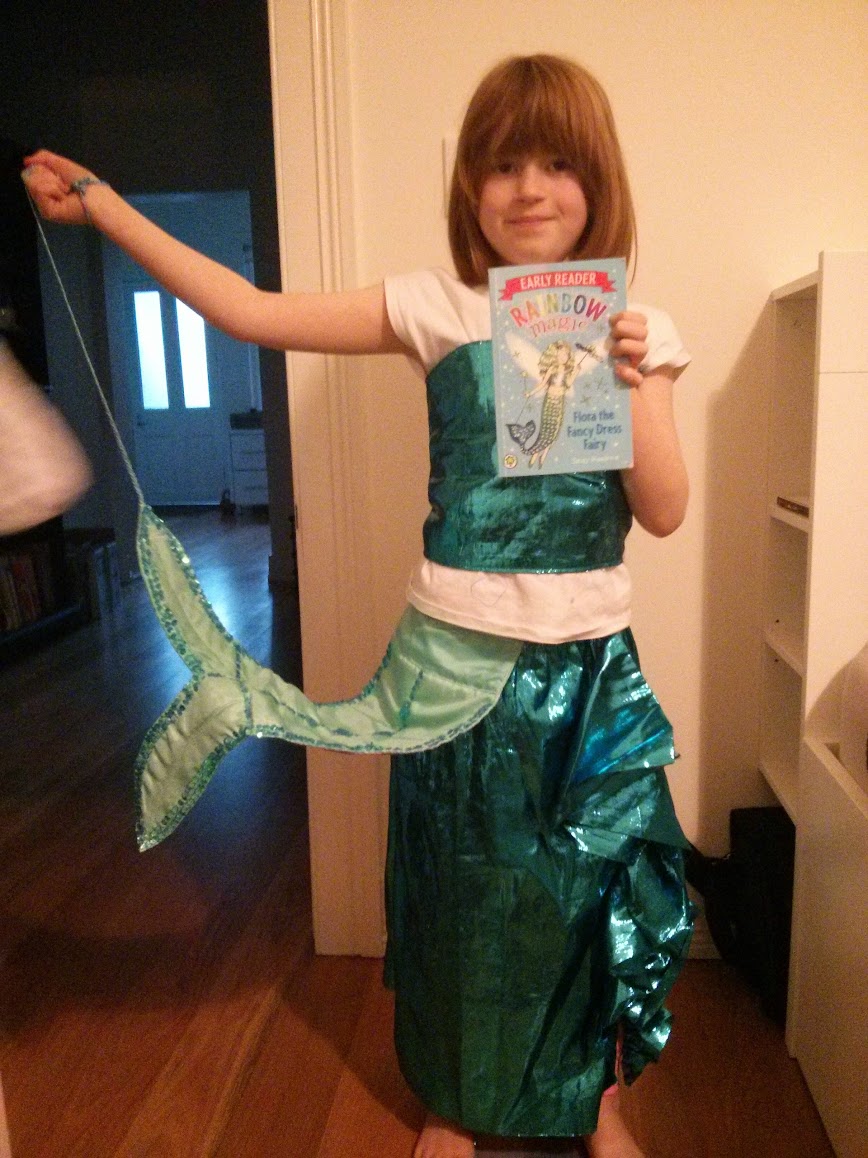 I loved making this.  As I unpicked the dress I realised it was handmade (because why wouldn't you pour your hard earned time into such a shiny, itchy and ravelly fabric?).  It was really interesting seeing the boning and how it was constructed.

I hacked it in half, left the skirt fairly unchanged (except to make it fit) and then made the top a lot smaller and put shirring on the back to ensure it would stay up via the magic of negative ease...All that was left was to franken-graft the tail from another dress up thing onto it and we had a mermaid!