June 11, 2012
I was super lucky to be picked to be a tester for the Heidi and Finn Uptown Hat (yet to be released). 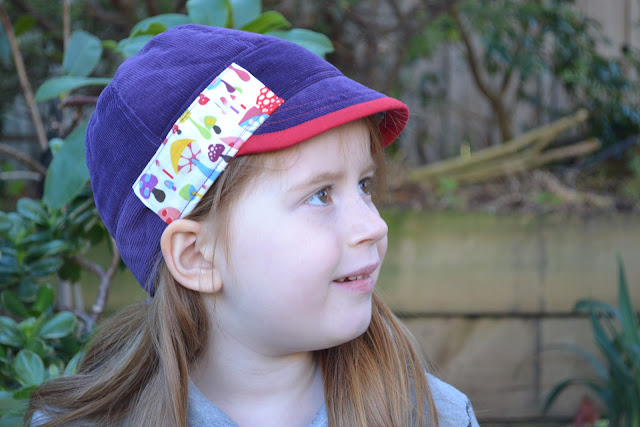 I was super honoured to be picked as a pattern tester for Heidi and Finn - their patterns are always the epitome of stylish but comfortable clothes for small people.  This hat is no exception; cute if left plain, but with two versions (one with the band above the brim and one without) and lots of suggested additions. 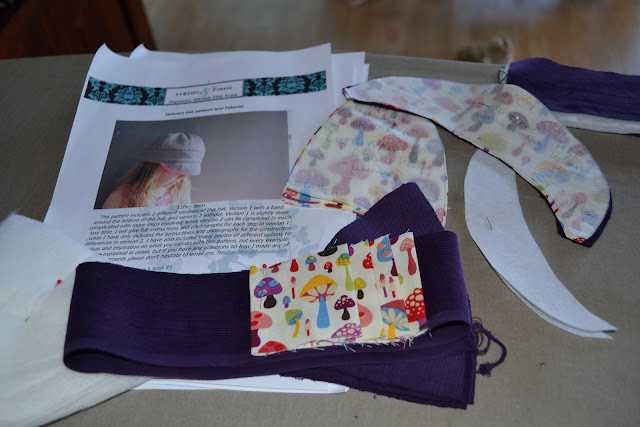 The picture on the front of the patterns shows the hat in version 1 (with band) in plain grey and pink trim and it looks great!  I chose purple cord, with a detail and lining of toadstool fabric and also a trim on the brim of red. 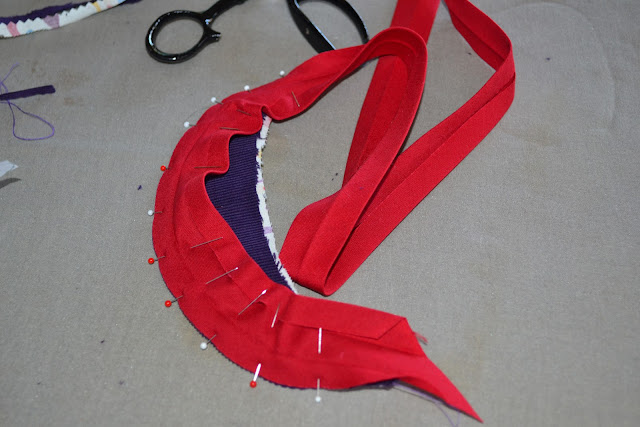 The brim is edged in bias binding in a contrasting colour - here I made some strong red trim which picked out a colour in the lining and trim fabric. 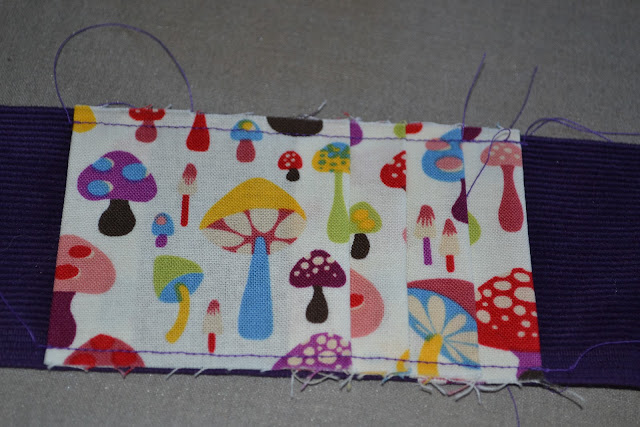 The lining and trim were this super cute toadstool fabric which I nabbed from a friend who was getting rid of her stash.  I chose a single piece of embellishment on the brim, in the form of a pleated strip of the lining fabric (I am a bit obsessed by pleats at the moment). 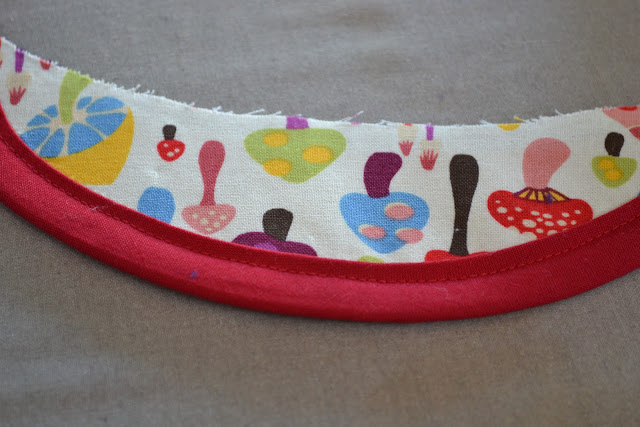 The whole pattern was easy to follow and simple to construct.  I had a slight issue with sizing (which has been passed on to the makers) as it seemed on the small side (I was making the 5t - teen) but that could easily be my issue rather than the pattern - difficult to say without a second run at it. 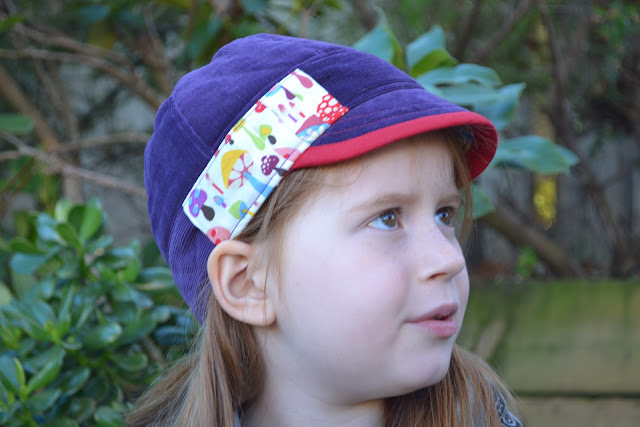 The sewing of the hat from start to finish probably took a little over two hours, making this a great quick project.  Additionally I think it would be a good project for a newish sewist who wanted to branch into various techniques without the project overwhelming them by size and commitment.  There is sewing of curves, using bias binding, using thick interfacing / padding and things like topstitching and embellishment. 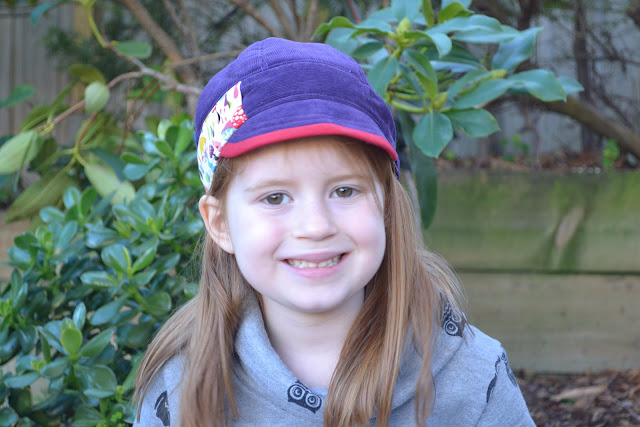 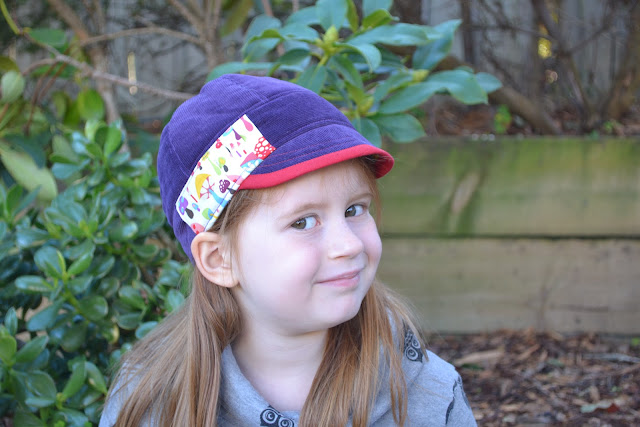