January 12, 2013
Like everyone in the whole entire world, I loved the look of the washi dress when it came out.  I have already documented my significant struggles in trying to make this dress (all my fault) in this post.  My first try was too tight (who would have thought I would need an FBA?...).  My second try was a proper muslin for sizing purposes.  My third try was a top which worked quite nicely (but was unpicked to use to make pattern pieces before I photographed it).  My fourth try was my first version of this dress, but despite the two muslins, I forgot a few bits and generally just fucked it up (no other way to put that really).


As you can see from the pattern piece differences (shown here against the top), the adjustment was significant. 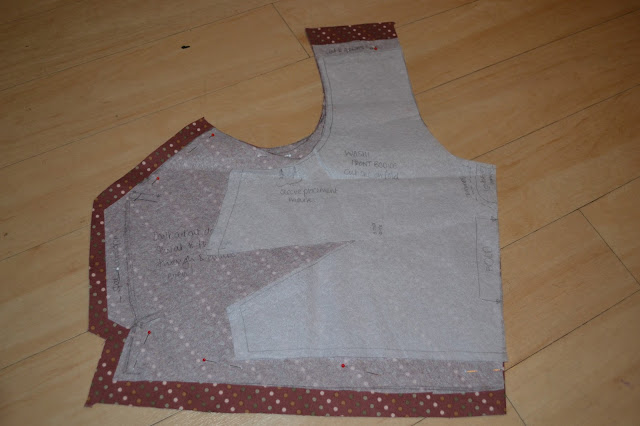 And as you can see from the picture below, it's still nowhere near perfect. 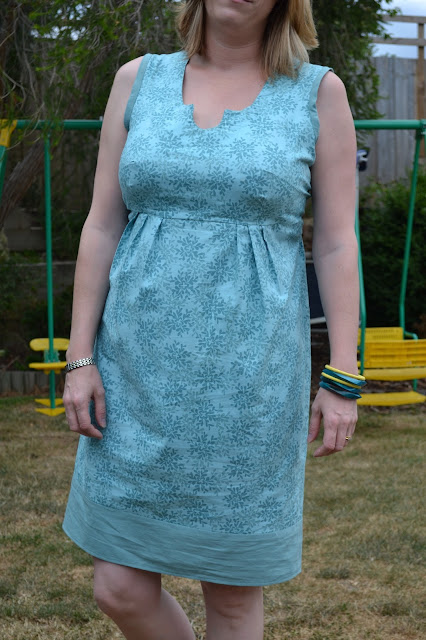 It pulls around the sides from being sewn and resewn.  The main bust darts are too long.  I had to splice in some fabric to correct my earlier cutting mistake and it's all just crappily executed.  I was a little over it, I must admit.

Plus...I just don't think this is my style, though I would definitely try it in something more drapey if I had lots of time on my hands.  I added under bust darts to pull the dress in towards me (it was hanging straight down from the boob-shelf, which is just NOT a good look.  However, even with the underbust dart it still poufs out annoyingly in just the area I don't want it to.  The last thing I want to look is pregnant when I am not :) 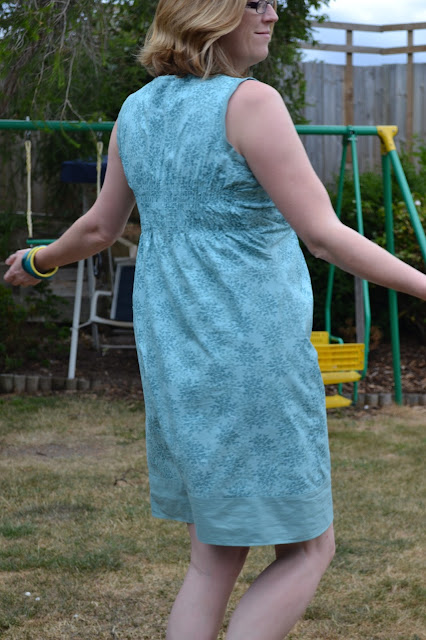 I love this fabric a lot, and I love the dress a lot on other people, but I don't think it's really for me.  I have been wearing it here and there on our hot days and it's great, but then I catch sight of me in a mirror and I don't love it.  I don't mind it...but I don't love it. 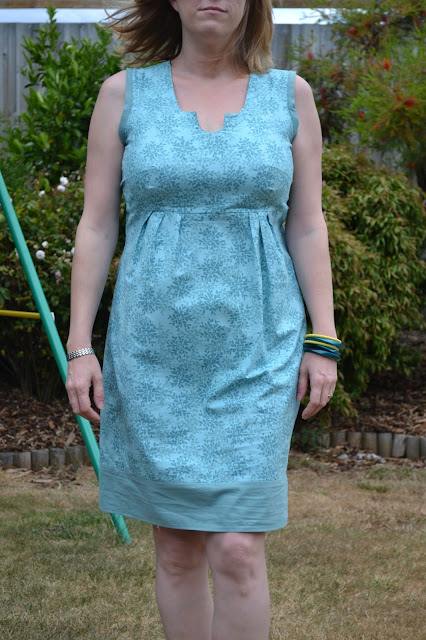 I thought I would perfect the fit and then make another kick-ass washi but I have a feeling that this won't look like I want it to on me, so I think I will move on to some of the other stuff on the ever growing list.  I was a good fitting experience though!