October 06, 2012
The lovely Belissa and I managed to sneak in an additional sewing session yesterday.  Bizarrely all of the kids (four!) decided to just play nicely together and leave us alone, so we snuck in some more time on the ric-rac patterns kinder girl dolls and robots.

The dolls are finished! 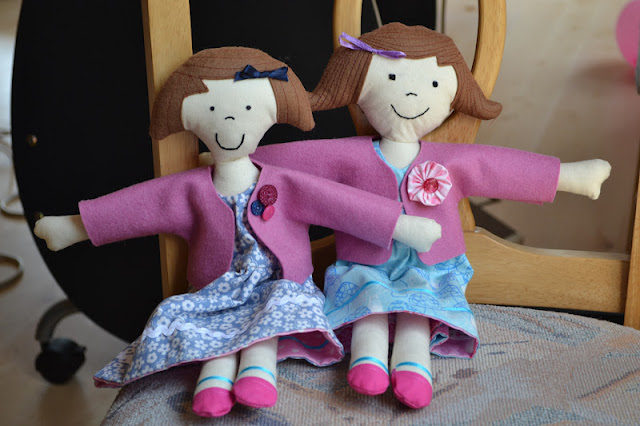 Aren't they cute?  We wanted them to be similar, as the girls like having stuff the same, but not so much that they fully matched.

Despite the fact that they are for the trip away in three weeks time, the girls were so pleased they had a very enthusiastic play with them while we moved onto the robots.  They seemed pretty happy with them, which is a lovely feeling. 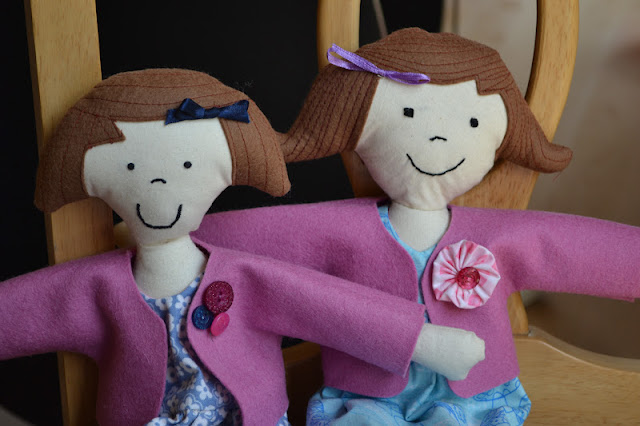 Meanwhile, the robots are coming along nicely: 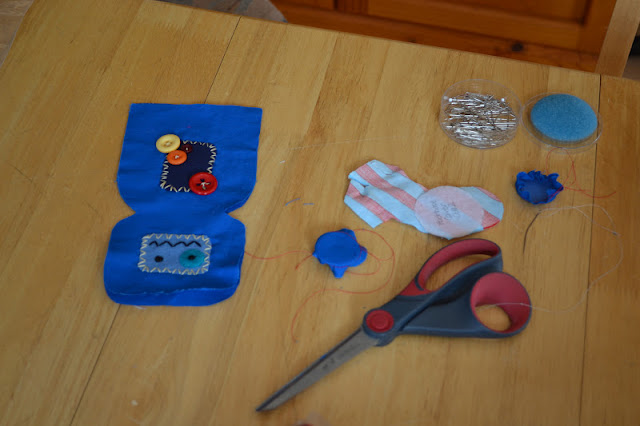 That's the front of Lis' robot and one of her arms. 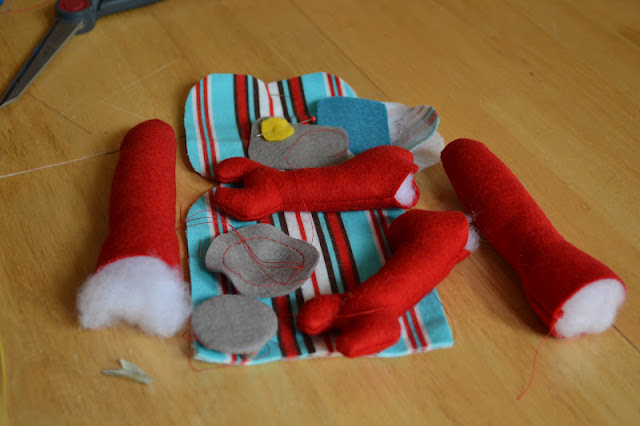 This is my robot, a tangle of limbs and felt and stuffing.

Hopefully we should finish the robots off on Tuesday night in our regular sewing session - then I just have lots of clothes to sew before we go away on holiday.  Thank heavens for KWCW :)