October 05, 2012
I have previously made up several patterns from scratch or significantly modifying patterns; such as this skirt for me and this dress for Issy (as well as a version for Gemma, most quilts, costumes etc.).  I think this is the most complicated so far, with a centre front pleat on the bodice, a two tier bias cut skirt and bound armholes.  As I am making it for our "holiday" away in Swansea, I decided to call this the Swansea dress: 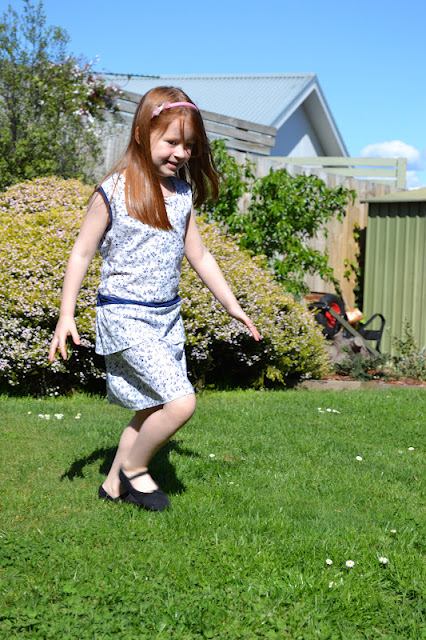 I based the dress on a bodice pattern for another dress which I had to substantially alter.  I added a pleat down centre front (a little over 1") which annoyingly isn't very visible in this fabric.  I made a two tier bias cut skirt and a waistband in contrasting fabric which I wanted to lie flat at the front. 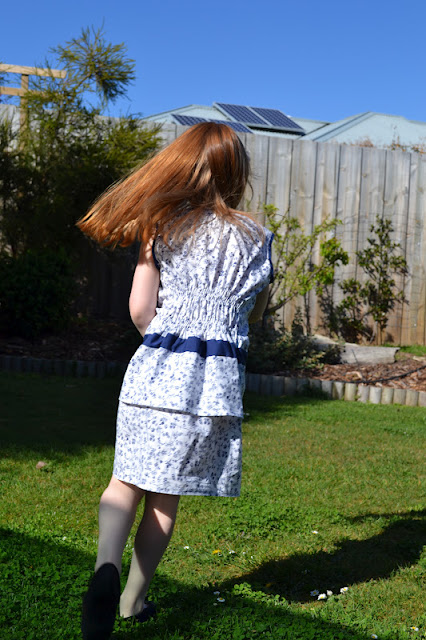 I shirred the back bodice to ensure she can get this on and off without any closures and was happy for the back to be all gather-y while the front lay flat.

This version of the dress is essentially the muslin.  I have some lovely Japanese lawn I want to make the real version out of but didn't want to just make things up on the nice fabric.  The fabric I used is pretty - just a cotton something or other with blue flowers on it.

As you can see best from the above picture, I have some minor fitting issues.  The armholes are too big and the neckline also gapes a bit.  I will rectify these in the next version.  I also want to make the waistband sit at the waist rather than being more of a dropped waist like here, though I think this looks nice too.  I also kind of liked how the back tiers out from the shirring and elastic in the waist band, but I will make the two tier skirts more a-line in the next version too. 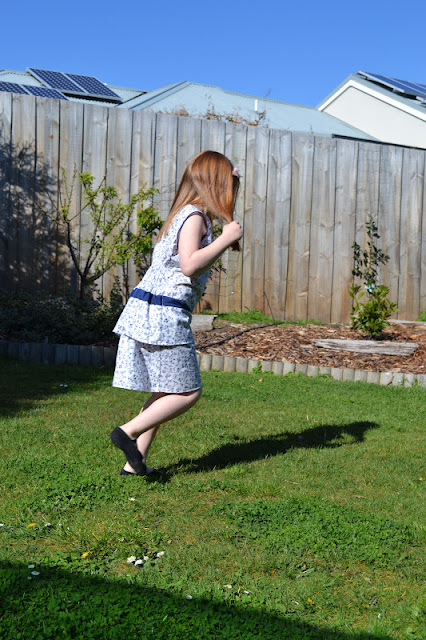 Details to follow of how I made this pattern as I make the next version.

And as you can see, she liked it - enough to do her posing for it :) 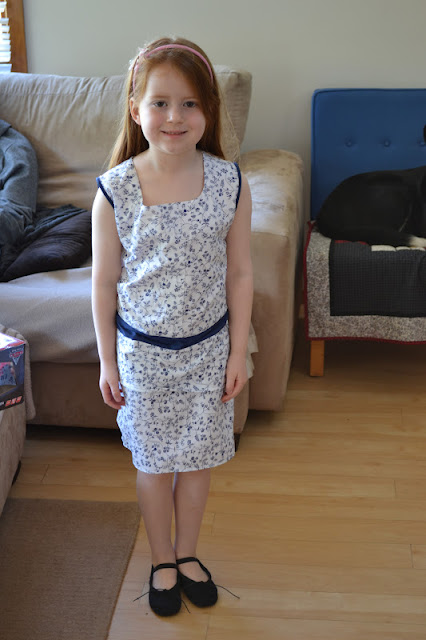