June 16, 2014
A very special young lady was in search of some super hero pyjamas.

Here is a truly terrible picture of the result :)

The bottoms were the Alex and Anna Winter Pyjamas pattern without the cuff and the top was a Skinny Flashback Tee from Rae.

I cut the sleeve piece for the top in two at what seemed like the right point for the contrasting arms, then made two new pattern pieces from that single sleeve piece (you just have to add seam allowances on for when you sew it back together - it needs to end up back at the same size as the original piece would have been).

I cut a star out of some wadding stuff I had left over (I think it was Annie's Soft and Stable, though I can't imagine it would matter awfully, as long as the stuff doesn't fray or shed fibres everywhere) and appliqued that onto the front with a zig zag around the edge.

I then made the stripey curved front  piece to go on, and came up with the super (I thought!) clever idea to make that a kangaroo pocket instead of just piecing it on.  Hence I made two layers in that shape, sewed them together and then sewed that onto the top, leaving pocket hole gaps on either side of the main rise.

I also had ENORMOUS amounts of fun making a shield: 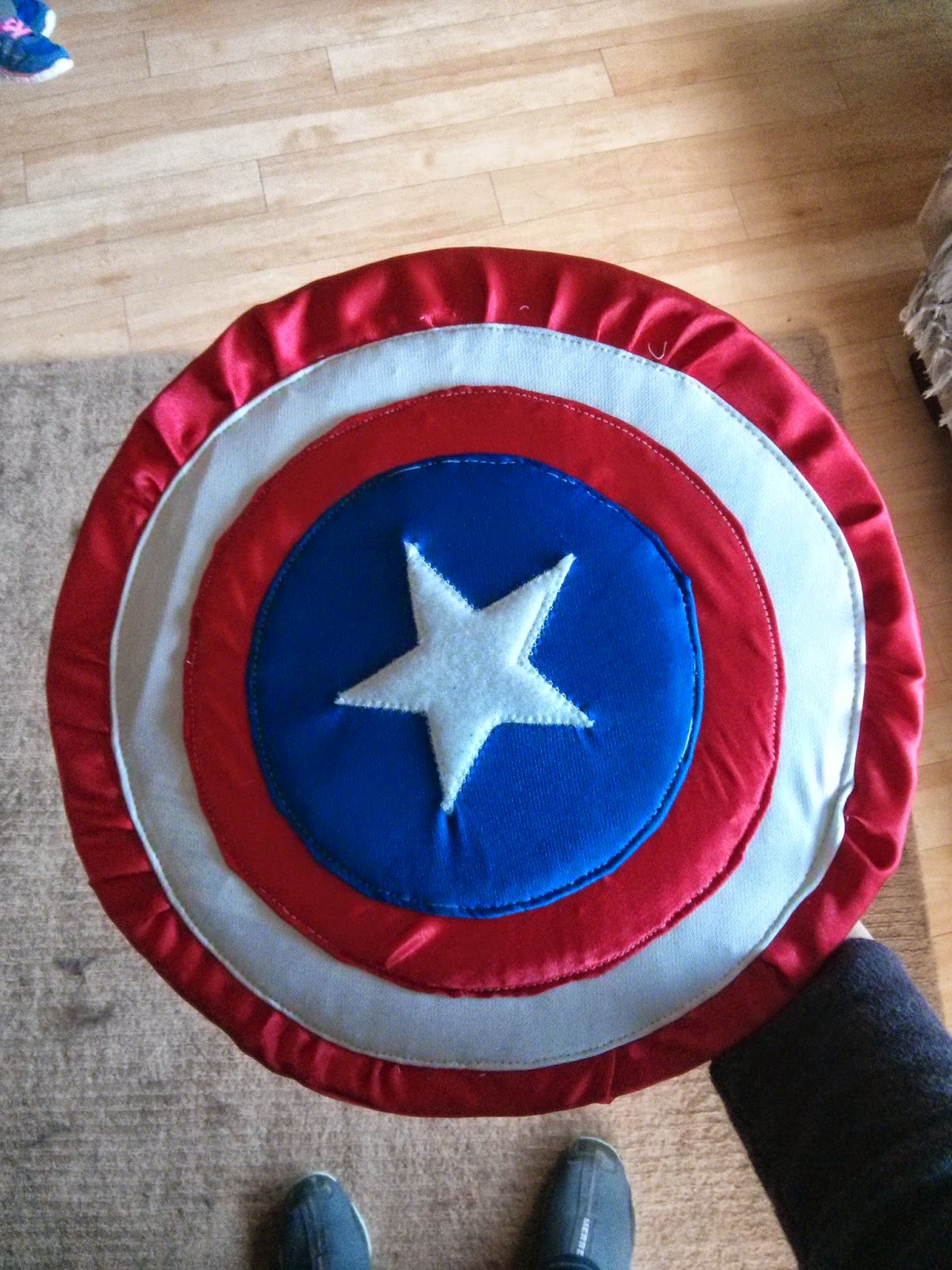 I discovered that my Bernina 1130 is as stupendously good as I thought it was, given it sewed nicely (ish) through multiple layers of wadding and cardboard.  Where the stitching in the above picture looks a bit crap, it's mostly due to my having to rush to finish this, as opposed to the machine not coping.  You will notice I rushed so much that I didn't even change from white thread to sew the layers.  Does that bug me?  Kind of.  Is it still a kick ass shield?  Totally.  Did the four year old girl care?  Not at all :)

I have discovered via this process and the making of the Incredibles dress-ups that I quite enjoy costume making, so I might do more of that for book days and the like in the future!