April 26, 2015
A little while back Issy got invited to a Bollywood party.  I saw this as an excellent challenge and way to use up some of the more garish fabrics I bought when I thought I might make her a gymnastics outfit 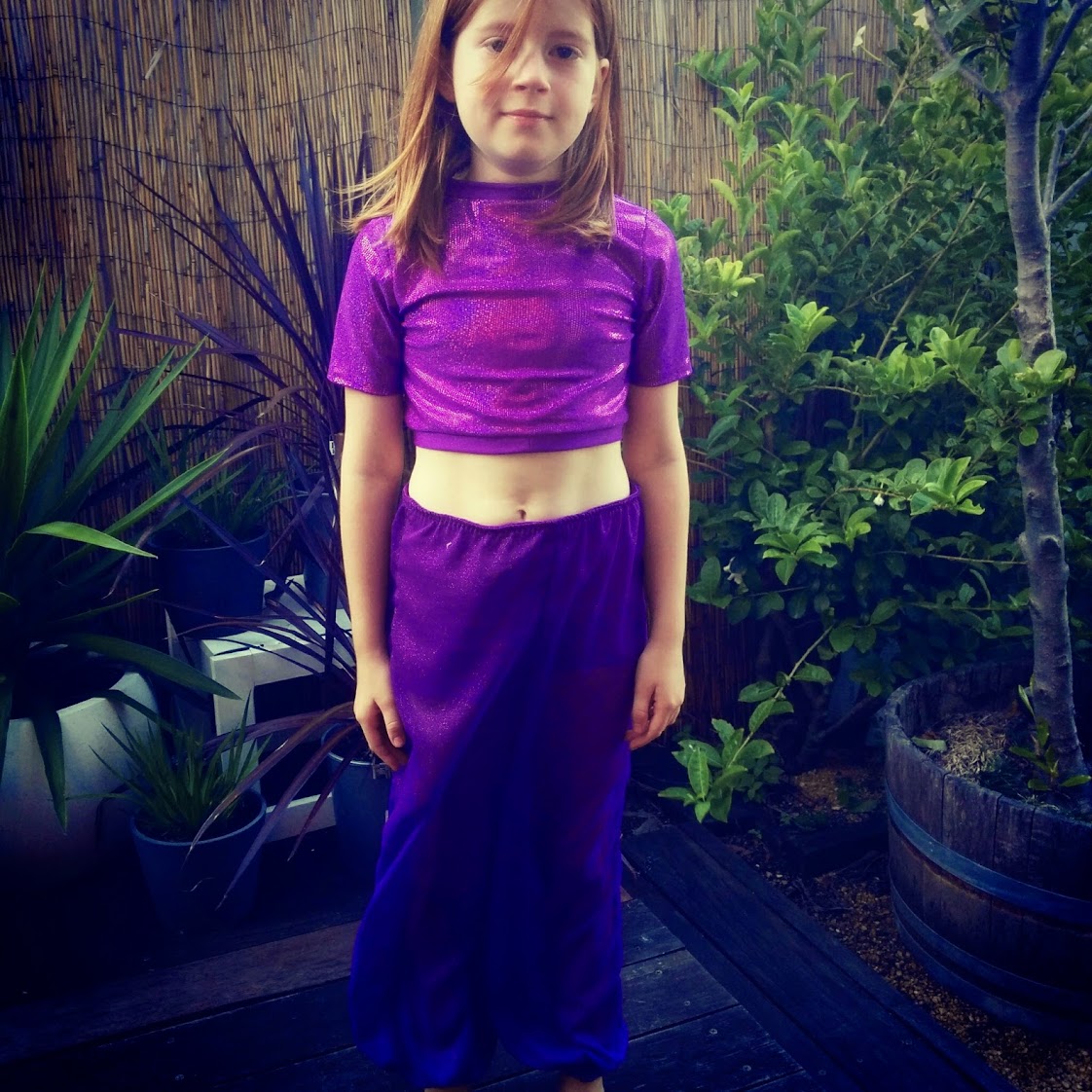 I used the Made by Rae Flashback Skinny Tee in the 6-10 version and my first ever Burda pattern for the pants.  I think I tightened the tee a bit more after this shot.  For the tee I just made the flashback with short sleeves and cropped it, then added a band around the bottom (using the same method for the sleeve / neck bands). 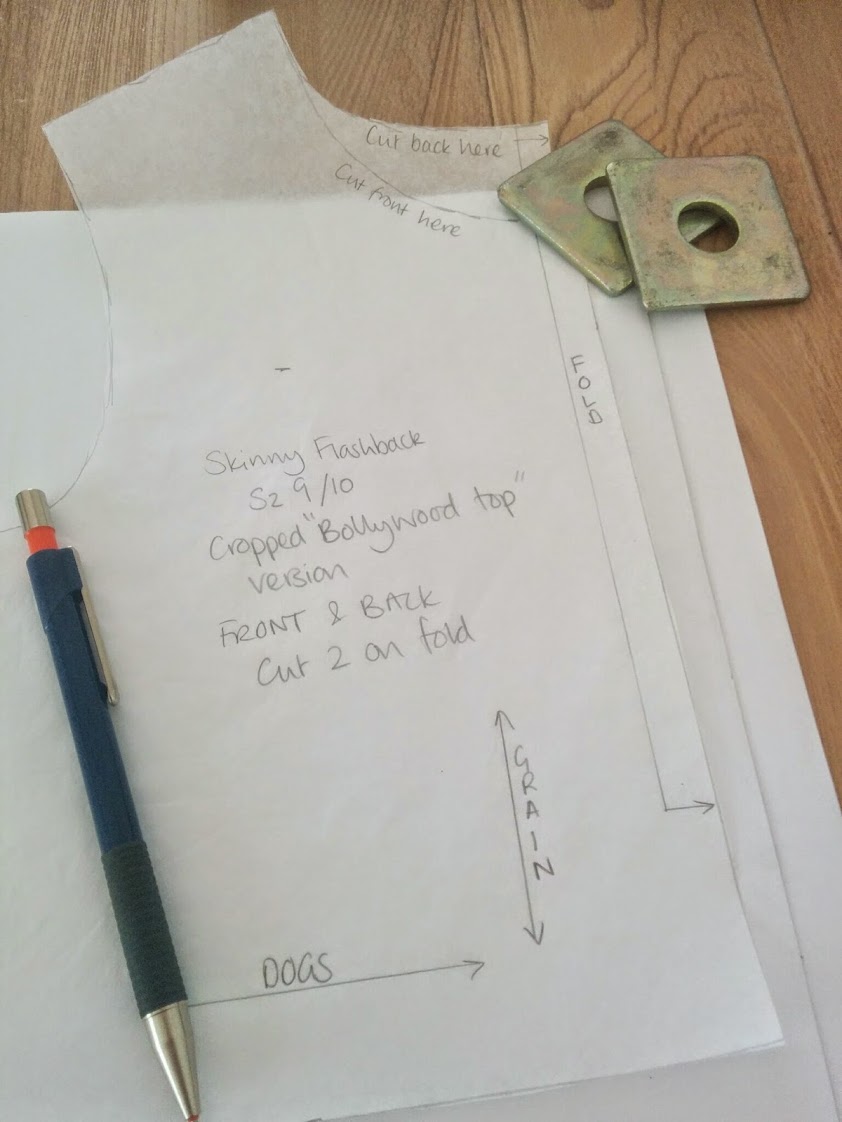 For the pants, I used a pattern out of a Burda magazine (no idea which one as I have since tidied up).  It was a pattern for kids woven pants with an elasticated waist.  I made two versions (kind of).  The first was a shorts version which was sized to be very close (actually slightly under) her actual measurements .  I made these in a super stretchy spandex dance-wear fabric and these are the little shorts underneath the massive trousers.  Then I made a version which was a couple of sizes too big for her and redrafted the led to be straight instead of tapered and quite long (aiming for maximum "pouffiness").  I gathered the bottom of the legs onto an elastic cuff, then put the shorts inside the pants and gathered / stretched them both onto the waistband. 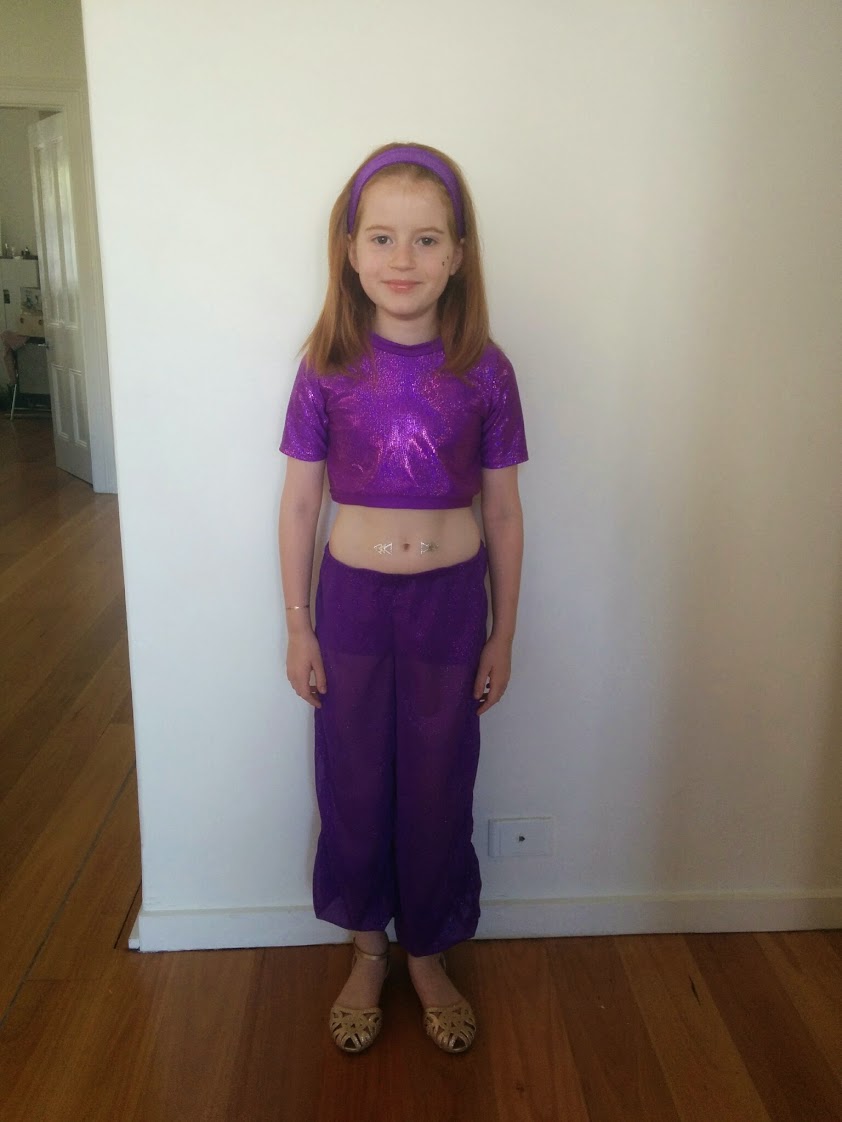 You can see the shorts a bit in the picture above.  Overall the effect was exactly what she and I were after.  I did also have a chiffon wrap / headscarf thing but that was swiftly abandoned.  The client suggested we rework that into a kind of half circle half overskirt (i.e. a skirt which wasn't at the front but was a the back - like a pants-cape???  They must have a name....).  The dressmaker suggested she had reached the limits of effort she was willing to expend on a costume for a single party, so that never happened.

I did make a matching hairband though, because I am a sap.  Plus she wears that in normal circulation so it's arguably the most useful part of the costume :) 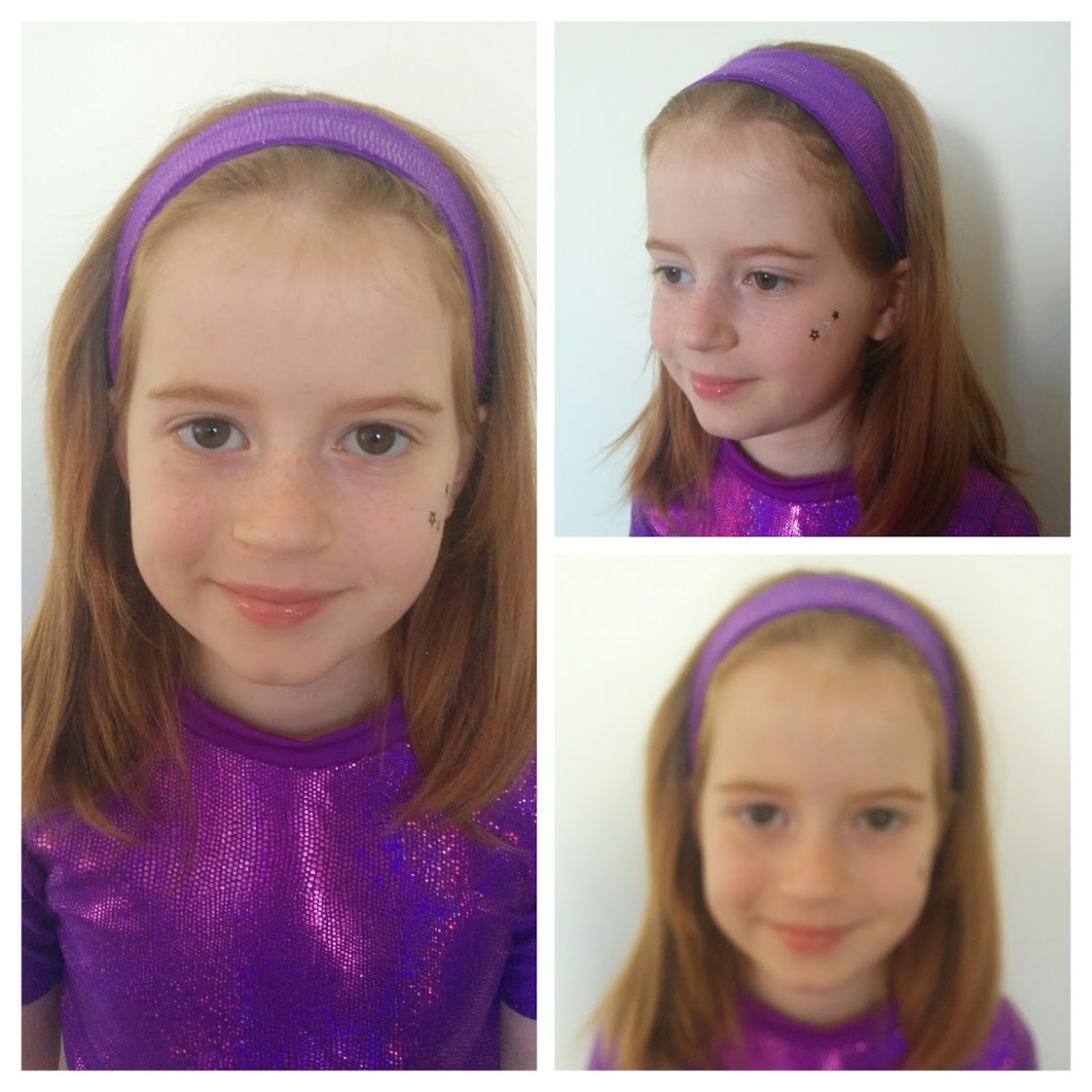