February 17, 2013
I got picked again!  I love pattern testing for Heidi and Finn - their patterns are super stylish and they are usually straightforward, quick sews with really great results.  I always feel drawn towards more "adult" (I don't mean tarty!), sophisticated looks for the kids clothes but then feel bad as they are just kids and want to be kids.  I am not sure if I get the balance right sometimes when I shop for them, but the Heidi and Finn patterns epitomise the perfect mix of looking a bit classy while being functional and fun and appropriate for the dudes.

Gushing aside, this one was a real winner: 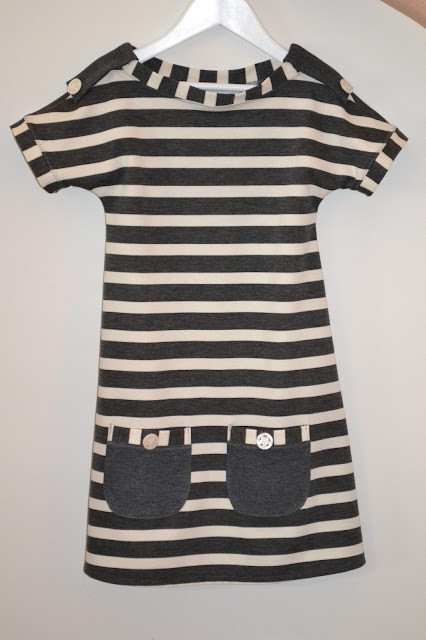 It only took me three hours from start to finish, including taping and tracing the pattern.  As you can see the pattern is pretty simple, with the only real details being patch pockets: 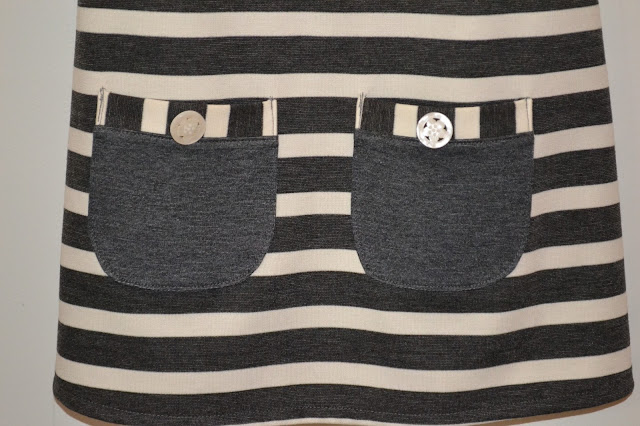 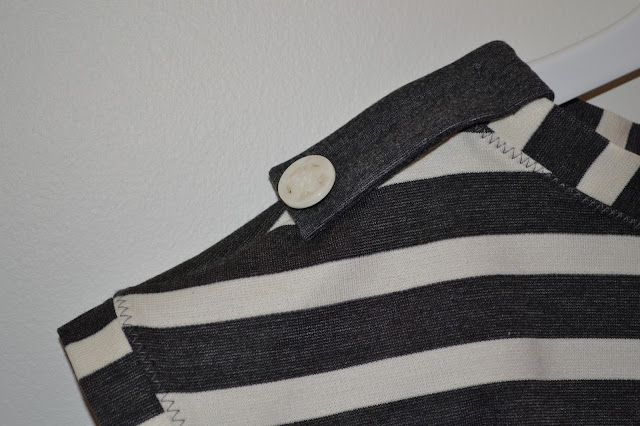 I got the buttons from The Stash Cupboard (a local yarn shop who also sell fabulous buttons) - I chose something to girl-it-up just a little, a kind of sparkly white with a flower in the centre.  In the original pattern there are two buttons on each tab (one by the neck and one near the end of the tab) but the young lady suggested a button on each pocket instead, which looks great :) 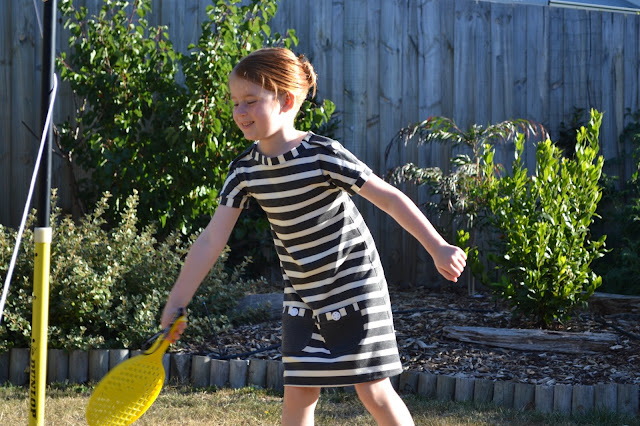 As the dress is called Playday, she went outside to play in it and it worked a treat as it's nice and comfy. 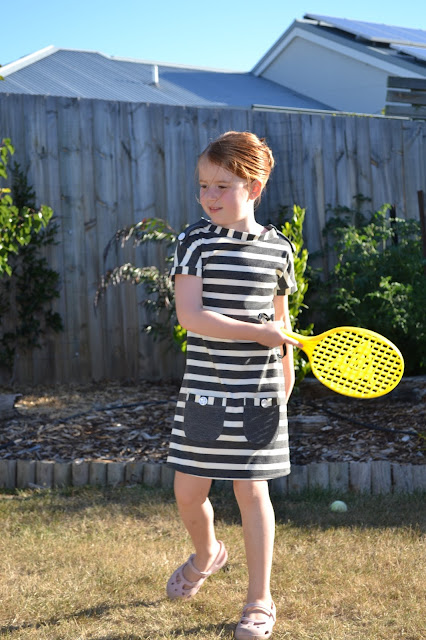 Size-wise it seems pretty much spot on. I made the size 8, which is about the size I would be buying in rtw for madam (she is only five...eek!).  It is maybe slightly ungenerous around the arm area so getting it on and off is a bit more effort than usual, though some of that may be down to my fabric choice (a thicker, ponte knit).  I also added maybe an inch to the bottom as she is particularly tall, though I suspect that's a her-thing rather than a standard sizing issue. 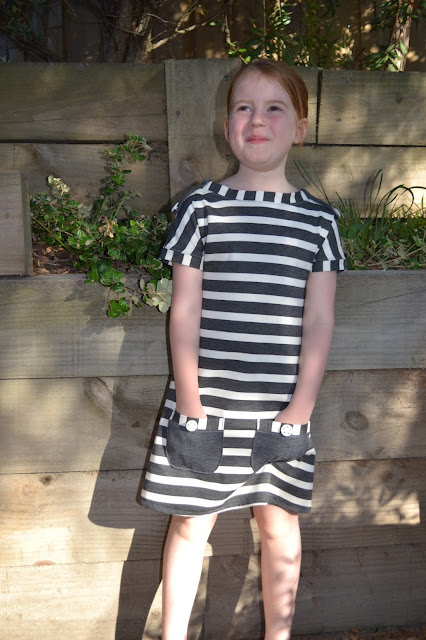 I wondered about the best pocket placement and spent a lot of time faffing around with it. Turns out I needn't have worried as she likes them exactly where they were supposed to be :)

As mentioned above I made this in a grey and cream striped ponte (ponti?  I have seen it spelled both ways...) knit which was in my cupboard already.  I trimmed the neck, arms and pocket tops with the same knit but going vertically instead of horizontally.  The button tabs and pockets were made out of one of the many grey ponte purchases I seem to have in the cupboard.

The colours might seem a bit more sombre..but am painfully aware that here is Tassie we are in the last few weeks of summer, so I thought this would be a good transition dress to autumn and winter; it could likely be worn with a long sleeved top underneath in the depths of winter too.

I would definitely recommend this pattern to anyone with a small person.  I tested the size 6 - 12 so am not sure if it comes in smaller sizes (they usually do).  I will certainly be making at least one version of this every year I think, perhaps more if I make one for summer out of a lighter knit and one for winter more like this one. 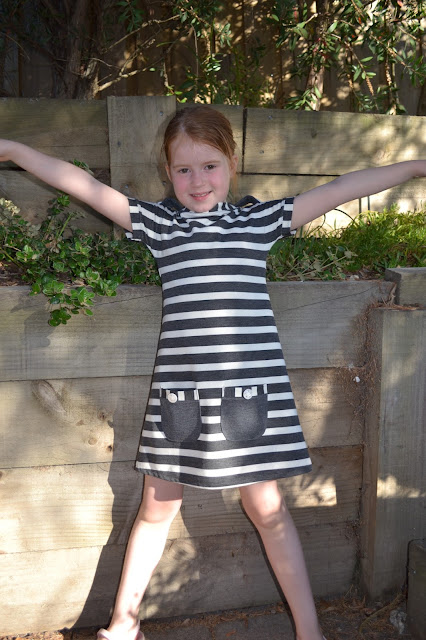