Kinder Girls for Mia and Lucy

July 04, 2012
This is the last time I will put myself under this pressure.  The eternal: I *should* make something for these kids birthdays.  It's lovely and exciting to make things for people, but my daughter wants me to do some sewing with her and both the kids need trousers as they are growing like weeds.  I need to do a bit more creating for us and when I do it for others I need to stop putting myself under (self-imposed) deadlines for their birthdays or similar.

Having said all that - these were really good fun to make: 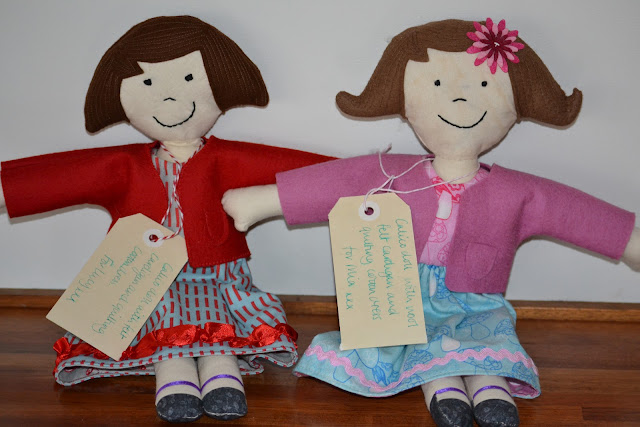 This is the kinder girls pattern from vintagericrac (scroll down past all the other lovely patterns to see them).  The pattern has three different girls in it (hair differences only), plus the clothes. 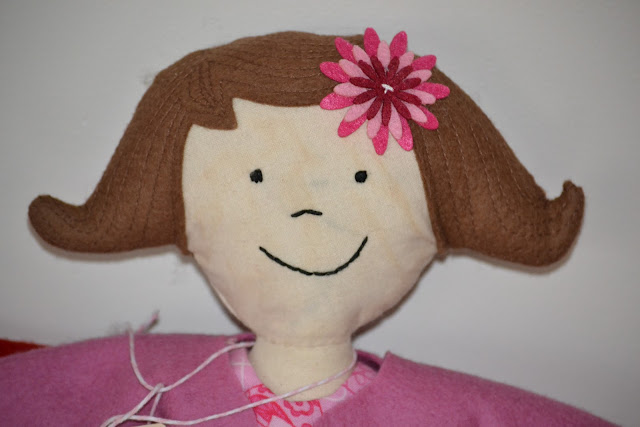 The hair is really all that separates the different versions, though there is a clothes pack and a kinder boys pattern so you could have one with a dress on, one with trousers, one with separates etc.  I made mine with slightly different brown hairstyles - they are for two sisters so I was aiming for difference without causing fights :)

The "pink" doll has lighter brown hair and has a pink flower in her hair, mainly because I buggered it up and there was a gap between her face and hair which I couldn't easily stitch.  I also managed to kind of scorch her face a bit when trying to iron some fusible web on to fix my error, so she looks a bit like she has a made make-up job going on.  The kidlets didn't seem to care...

The flick hairstyle seemed to be considered more desirable in the 5 year old girl world, but I secretly prefer the darker brown bob style on the second doll: 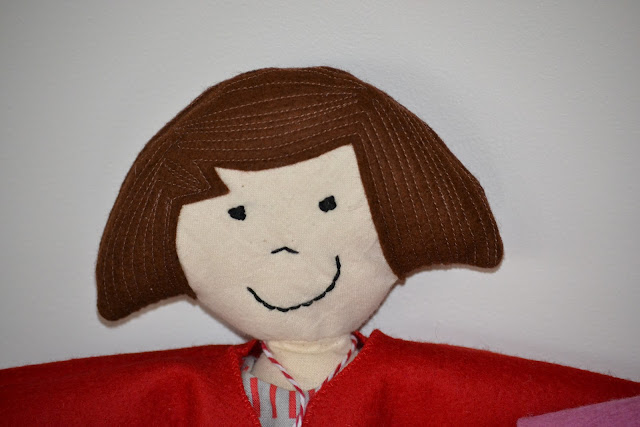 The other hairstyle in the pattern was shortish pigtails but they seemed like more effort and maybe more prone to being pulled off the head by the two year old recipient.

I embroidered their faces and don't think I did the greatest job as I was rushing, but they generally look pretty cute and the girls in question liked them.  The pattern called for buttons but I didn't see them mentioned anywhere in the instructions so that was a bit confusing.  In the picture on the front the dolls kind of have rosy cheeks at the end of their smiles - I suspect this is the buttons in action.  Again time constraints and also the two year old factor meant I left those off. 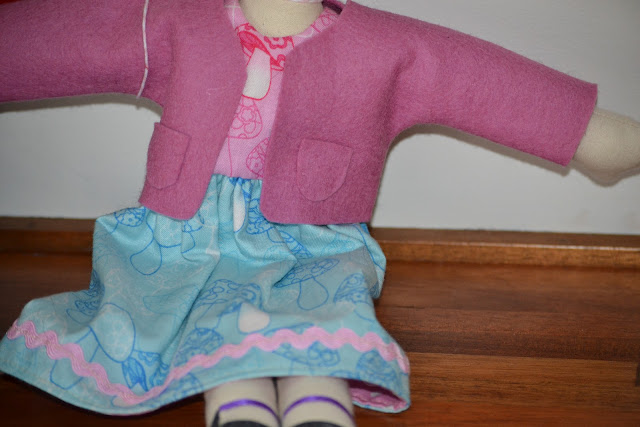 The doll dresses are reversible and give lots of opportunity for glamming them up and giving them different looks with trim and changing fabrics etc.  I kept it fairly simple with the "pink" doll having toadstool print (pink bodice and blue skirt) on one side, with pink ric-rac trim, and pink and white spot on the reverse with white ric-rac trim.  These both went nicely with her soft pink felt cardigan. 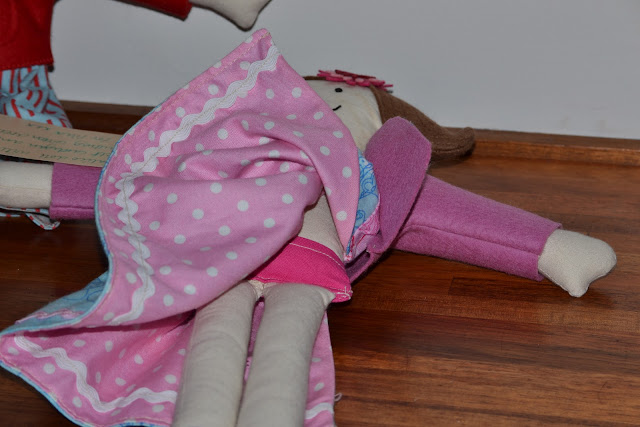 My laziness dictated that she is flashing you the reverse side rather than me turning the dress around properly.  As you can see in this shot - they have built-in undies which are not removable :).

The red doll had some of the left over fabric from Ava's duvet cover, using the A Walk in the Woods range.  I used the blue with red lines for one side, with a trim of gathered red ribbon.  That trim was an experiment but I really like how it turned out.  I might add it to a skirt for the small person or something, though am not sure how well it will wash... 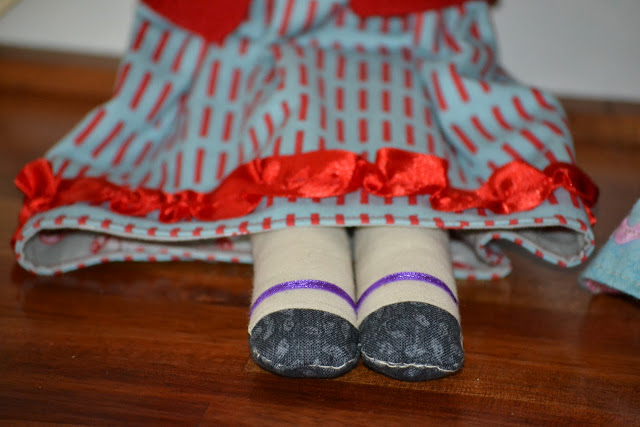 The other side of her dress was the grey with red toadstool print, with a trim of red gingham ribbon.  Again these went nicely with her cardigan.  Most of the fabric, pattern and the like came from Frangipani Fabrics in Sandy Bay, Hobart.  They have a few of the patterns (I also bought the disco bots and some nice felt to make them up in) and also have examples of the patterns made up so you can see what you are buying and how they turn out.  They had a good range of pure wool felt which is in gorgeous colours and good deals (5 for $12 or similar) as well as doctors flannel / calico to make the bodies.  Having a shop where they have made the dolls already really helped with fabric requirements and choosing things.

In general this pattern was really straightforward and I will definitely be making it again.  I already have a request from my small person for a doll like Mia's, and I think I will make her brother a disco bot at the same time.  Maybe stocking fillers at Christmas? 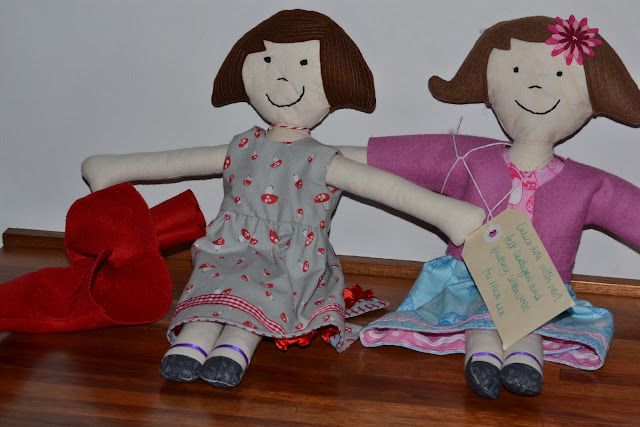 Most importantly, the girls loved them and carried them around everywhere after I gave them their doll presents, which is what it is all about in the end :)